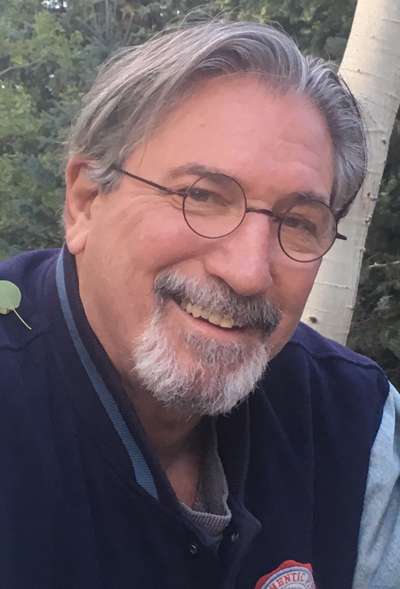 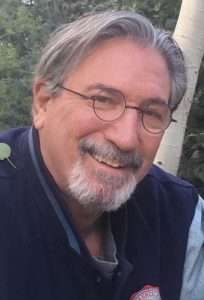 My name is Jerry Yocom and I am running for the position of Gilpin County Commissioner. I have 30 years of legal and law enforcement education and experience. I am an adjunct professor at Regis University, teaching graduate students in the criminology department. After having been approached about running for commissioner,and after serious consideration and personal reflection, I became convinced that I did indeed have the ability and am motivated to take on this important role.

Although I have been in the race for commissioner for some time, I am now making this formal announcement. I am running unaffiliated. I am often asked about my political affiliation or lack thereof. Given the divisiveness, contrarianism, and discord that currently exists and frankly that has existed for some time, in both the Republican party and the Democratic party, and the lack of clarity with respect to the platform for either party, I have for some time felt compelled to not politically align myself with either party.

My family and I have been residents of Gilpin County for twenty-eight years. I first came to Gilpin County as a Sheriffs’ deputy, previously having worked as a police officer, SWAT officer, and academy instructor in the metro area, and as a site commander for an international security company on the east coast. After having worked for the Sheriffs’ department for one year, I was hired by the Black Hawk City Council to create the Black Hawk Police Department, literally from the ground up. This was a monumental undertaking, and in hindsight, I did not appreciate the immensity of the task before me. I was too young and too inspired to be constrained. The experience gained in pursuit of that assignment is particularly relevant to the County Commissioner position.

Having been tasked with moving forward to create the police department, I was not able to find anyone in the law enforcement profession who was able to offer any insight as to how to go about creating a department, especially given the very limited funds and resources available at that time. In fact, I was given a manila envelope containing a set of keys (no one had any idea what they were for), and a flashlight that did not work. I was also given a small Chevy nova to use as a police vehicle. I would attach a magnetic revolving red light to the roof when necessary. As you might expect, traffic violators were reluctant to be pulled over by this most makeshift police vehicle, especially after dark. Sheriff Rosetta Anderle had moved from her house in Black Hawk and was gracious enough to rent it to the City of Black Hawk. This became the first Black Hawk Police Department. Eventually I was given enough money to buy a couple of desks and a typewriter. I was fortunate to still have a few of my old uniforms, and more often than not I slept on the floor of that first police department, always on call. With the unwavering support of City Council, we were off and running.

Not only was I overseeing the police department, but I was also intimately involved in all aspects of the transition of Black Hawk from a small, quiet and economically inactive community, to that of a leader in the gaming industry. When I was first given the opportunity to create the police department, the city’s overall annual budget was approximately $100,000 dollars. When I left after 4 ½ years to attend law school, the budget for the police department alone was nearing the $2 million-dollar amount annually.

No need to continue with the rest of the story as my motivation for relating this much is to share with you my ability to do the necessary spadework required to advance a cause.

Although I am no longer unduly influenced by a youthful haze, I am still very much inspired to carry on with the necessary work to be done in the community. I am very excited to be in this race. This is an exciting time, not only locally, but nationally. I mentioned at the beginning of this announcement my concern for the divisiveness, contrarianism, and discord that currently exists in our nation. I say this is a very exciting time because I believe we will come out of this turmoil a much stronger, compassionate, trusted, and respected nation. This is an exciting time in Gilpin County because we have an opportunity to become the gold standard for rural communities, perhaps for all communities.

The decisions we make here, as with all local governments, will go a long way toward creating a foundation with which to reclaim this nation’s dignity. Gilpin County already has a wonderful foundation from which to build upon. An incredibly significant part of that are the employees who have chosen to work for Gilpin County. It is my desire to do whatever possible to ensure these individuals are well taken care of, which is then manifested in ensuring that ‘all’ our community citizens are well taken care of. We must continue to make Gilpin an attractive place to work and reside. A leader is only as good as the team they attempt to lead. No one can lead an uninspired team, and I intend to lead by example.

The residents of Gilpin County deserve decision makers who listen, who understand, who can relate, and who never forget who they serve. Please consider me when voting for Gilpin County’s next Commissioner. Thank you! 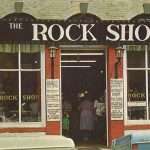 Turning Back the Pages
Next Article An interview with William F. Kelso
Leave a comment