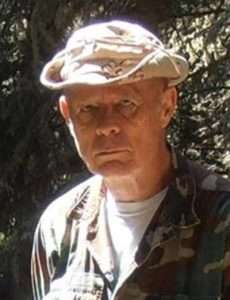 Warren Robert Smith passed away after a short illness on May 18, 2021 at the age of 84. A Colorado native, he was born in Denver in 1936 and graduated from West High School in 1954. He then followed his older brother Jerry and enlisted in the U.S. Navy, where he served from January 1955 to November 1957. He then served in the Naval Reserve until he was honorably discharged in 1962. Even from a young age, Warren was interested in technology. His first job in high school was repairing radios at a small shop. After his military service, Warren worked as a customer engineer for Sperry Univac for three decades, traveling around the country servicing punch-card computers. On one trip to Mohawk, NY, he met a young woman named Katherine Hyde. She became the love his life: they were married on July 26, 1958 and remained together for 62 years until his passing.

Warren later worked as a computer technician at Rocky Flats and retired in 1992. He spent his remaining years hiking, hunting, and fishing. He often took and developed his own photos of his trips, as he had an interest in photography since his days in his high school photography club. He was also an avid reader, never ceasing in his curiosity to learn more about advancements in science and technology. As the years passed, he also spent as much time as he could with his dogs and his growing family.

Warren is survived by his wife Katherine; his sons Mark and Daniel; his six nieces and four nephews; and his six grandchildren Brandon, Sierra, Morgan, Alexis, Bryan, and Sheindel. He was preceded in death by his father John, his mother Iva Mae, and his brothers Jerry and Frank.

Warren’s final resting place will be in the Rocky Mountains he loved, where his family will spread his ashes. In lieu of a memorial service, Warren’s family would like people to donate to the High Country Auxiliary and the Friends of the Gilpin County Library. While he once remarked that the world would be better without so many people in it, the world is a little less without him in it. Bah humbug.

END_OF_DOCUMENT_TOKEN_TO_BE_REPLACED

Benefitting the county, schools, and much more By Don Ireland   This year marks the 30th anniversary of casinos opening in the former little mining towns of Black Hawk, Central City and Cripple Creek, Colorado. In those early years, smoking was allowed inside ... END_OF_DOCUMENT_TOKEN_TO_BE_REPLACED

Where the dead get to tell their story By Jaclyn Schrock On Saturday, August 21, the Gilpin Historical Society held their annual Cemetery Crawl. Tickets allowed the shuttle of hundreds of guests from the Teller House parking lot to the Cemetery. Depending on v... END_OF_DOCUMENT_TOKEN_TO_BE_REPLACED