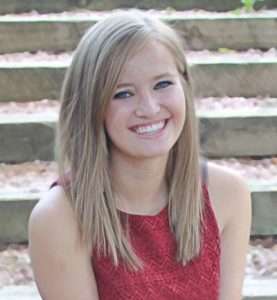 Senior leader a standout in academics and athletics

Gilpin High School’s Class of 2017 will be graduating in just a few weeks and embarking on a new chapter of their lives. I had the privilege of sitting down to chat with the class valedictorian, Rachel Schmalz, and finding out about her personally and about her school career and ambitious goals for the future.

Rachel has lived all of her 18 years here in Gilpin and has been a student at Gilpin County School from preschool on up. Her parents are Buddy and Gwen, and her brother is Tyrus, who will be graduating from Colorado State University next month. The family pet is Kallie, the Irish setter.

Rachel is blessed with a superior intellect (her grade point average is nearly 4.1), yet she is remarkably unassuming and enjoys pastimes that are full of good, clean fun. She favors Disney animated flicks, such as “Despicable Me” and “Up,” over horror movies. Most anything can tickle her funny bone, including her favorite food.

“It’s pizza – any kind. Frozen, super greasy…I can eat it all!” she laughs.

Country music and the stories it tells resonate with her, and the “rocket’s red glare” of the grand and glorious Fourth of July make that her best-loved holiday.

Rachel subscribes to the “give some, save some, spend some” philosophy. If she was fortunate enough to receive a windfall of $10,000 just at random, she would use it to visit a tropical rainforest, give a portion to charity, and save the rest.

Although schoolwork keeps her pretty busy most of the time, she does have a few spare moments to express her creativity by painting landscapes. She has enjoyed taking art classes at school, and one of her paintings is currently part of a student display at the Gilpin Art Gallery in Central City.

Besides being a gifted scholar, Rachel is also a talented athlete. Softball is her passion. She has played the game at Golden High School since her freshman year and shared that she is the team’s only four-year letterman this year. She’s very enthusiastic about her experience.

“Our team got Second Team All-Conference in the Jefferson County league that Golden is in. The Jeffco league is super hard and has lot of good teams. We went to the playoffs this year for the first time in eight or nine years,” she relates with understandable pride. “We ended up losing in the first round, though. It’s our best record since the coach has been down there.”

She feels that an emphasis on psychology will help her in the courtroom as she examines witnesses in a case.

“If you understand how their mind and behavior works, you’ll be able to understand more about that person.”

Ultimately, she wants to go to law school and be a prosecutor and then go into politics. Many Gilpin residents will see her family’s influence in this goal. Her father was mayor of Central City and just finished an eight-year term as Gilpin County Commissioner. Her grandfather was also mayor of Central City in the days before gambling.

Speaking of family, being valedictorian might possibly be an inherited trait. Rachel’s cousin Chase Boulter was Gilpin’s valedictorian last year. Cousins Megan Spellman and Val Spellman were both valedictorians also. Rachel’s brother Tyrus had a GPA of over 4.0 and was ranked third in his senior class. Her father is also an alumni of Gilpin County School.

Rachel has been involved in several extra-curricular activities – basketball, track, National Honor Society, and Student Council (STUCO). In keeping with her political aspirations, she is president of STUCO this year. Last year she was vice president, and she served as a representative during her freshman and sophomore years.

Rachel’s busy schedule includes gainful employment; she works on weekends as a waitress at Mill City Chophouse in the Saratoga Casino and also plans to work while in college.

She has been accepted at Hastings College in Hastings, Nebraska, a private, church-related liberal arts college. Rachel will major in psychology and will be part of the school’s honors program.

The fact that Hastings has a good softball team also appealed to her. In fact, she was offered a softball scholarship but decided to take an academic scholarship instead (her award was the second highest scholarship offered by the college).

Rachel is excited to be part of the Hastings student body.

“There are lots of Hastings alumni who live in Colorado, like Denver Mayor Michael Hancock. I hope to talk with the alumni about political stuff and maybe do an internship with Mayor Hancock next summer.”

After completing her undergraduate studies, she plans to go directly to law school, either to CU Boulder or to the University of Denver.

Rachel has cultivated some good habits that have helped her succeed as a student.

“I create to-do lists so I don’t forget stuff. I always take notes the same way in all my classes and look through them quickly. I don’t spend lots of time studying. It comes easily.”

She advises middle or high school students coming up through the ranks: “Do your work. Don’t think you don’t have to do it. And get involved! Do sports or student council.”

She credits Jennifer Gillette, her social studies teacher since seventh grade, for being a positive influence.

“She knows me and pushes me in everything. I consider her a friend.”

Rachel considered what might be a “philosophy or creed” that she lives by.

Rachel’s goal to “do the right thing” is something we can all aspire to. Her high ideals and hard work are an inspiration. Best wishes for continued success, Rachel!

END_OF_DOCUMENT_TOKEN_TO_BE_REPLACED

Where the dead get to tell their story By Jaclyn Schrock On Saturday, August 21, the Gilpin Historical Society held their annual Cemetery Crawl. Tickets allowed the shuttle of hundreds of guests from the Teller House parking lot to the Cemetery. Depending on v... END_OF_DOCUMENT_TOKEN_TO_BE_REPLACED