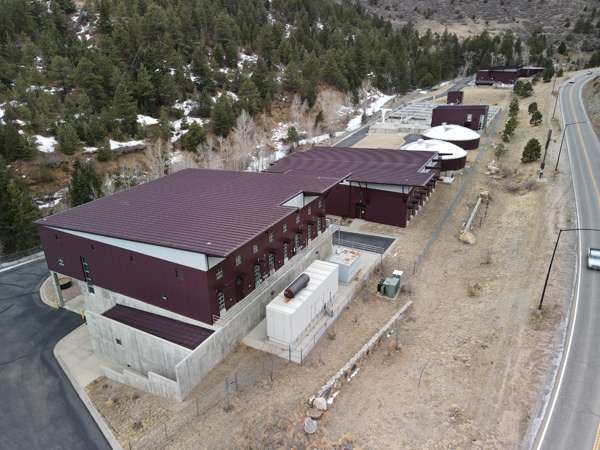 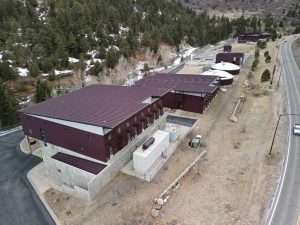 Water and you: Final of a five-part series

“If your water system fails, life in paradise is over.” – Gilpin County Guide (2016)

At face value, water and gambling might not appear to have much in common – except in Colorado, where there is a growing connection between the two.

In the early 1990s, Colorado voters approved legalized gambling that ultimately and financially revived the former mountain mining communities of Black Hawk, Central City, and Cripple Creek. Two years ago, state voters decided to allow sports betting in the three gaming towns, with most of the proceeds going to fund the state water plan. Sports betting got off to a slow start last spring, amid a pandemic in which most sports were postponed or cancelled.

As the dark cloud of the pandemic began to lift and sports teams returned to action in 2021, will Colorado’s hope for a brighter water future become golden because of sports betting? Time will tell.

The time was November 1991 when Colorado voters approved limited legalized gambling for the three mountain towns. That approval motivated Central City and Black Hawk leaders to quickly figure out ways to have sufficient water for the forthcoming casino and their visitors.

A few decades later, 2013, Colorado Gov. John Hickenlooper directed his cabinet and state agencies to create a Colorado Water Plan for the rapidly-growing Centennial State. The plan looked at the current water supply for its 5 million residents and addressed potential future needs. More than 30,000 people provided input to the plan, originally released in 2015 and scheduled for periodic updates. Among the findings: the need to fund billions of dollars for water-infrastructure projects before 2050, when the state’s projected population could reach 9 million people and a water shortfall could potentially impact more than a million residents.

In November 2019, Colorado voters approved sports betting in the three casino towns. Sports betting, launched in May 2020, carries a 10 percent tax. Most of the revenue will go toward the state water plan, which has been characterized as “chronically underfunded.” During the first 10 months of sports betting, an estimated $4.49 million in taxes was collected. In the past two months, four major online sports betting operators – BetMGM, DraftKings, FanDuel, and PointsBet – launched a campaign connecting sports betting and its benefit to water projects, “Colorado Water Wins!” Many Black Hawk and Central City casinos have sports betting areas and also offer online betting apps for Colorado residents.

When it comes to water, Black Hawk’s situation is truly unique. The community only has about 100 residents. However, the city can get up to 20,000 visitors daily, who frequent more than a dozen casinos and may lodge overnight at more than 1,400 casino hotel rooms. “We need to have enough water to supply our residents, casinos, and hotels,” said Black Hawk City Manager Stephen Cole.

To handle its needs, Black Hawk has developed an extensive municipal water system, purchased water rights, obtained additional water storage space, and is eyeing potential plans to accommodate future needs. Black Hawk Water Department Manager Jim Ford said the city pulls water from Clear Creek at its Hidden Valley facility near Idaho Springs and also from North Clear Creek, including several wells. Water is treated at the Hidden Valley plant and at a second facility on Dory Hill Road, up the hill from the Ameristar Casino.

Ford said having an ample, safe water supply is essential. “We’re always concerned about it.” Black Hawk, the same as other Colorado municipalities, tests its water supplies regularly and reports them to the state. The water department also checks its lines for potential leaks to avoid losing water.

Because the casinos, hotels and businesses use the most water and pay for it, Black Hawk citizens receive a “fringe benefit” considered rare in Colorado – they don’t pay for water service to their homes. “Our water system is in really good shape,” according to Ford. “The water quality here is very good.”

Central City’s 725 residents may not get free water at home, but they claim different bragging rights: when you get a glass of water in Central City, the water you drink hasn’t been touched by another person’s lips before. That’s because Central City pulls water directly from streams at the top of the mountain watershed, more than 10 miles west of the community. Water is processed at the city’s water treatment plant on Bald Mountain Road before entering the municipal system.

Buddy Schmalz, who served for eight years as a Gilpin County Commissioner after being Central City’s mayor for six years, calls the community water “pure and outstanding.” That same special, first-run water is used to make craft beers by Schmalz, the brew master for Dostal Alley. The Central City casino, restaurant and brewery, operated by Schmalz’ family, has won numerous Great American Beer Festival awards for its craft beers over the years.

As gambling goes, Central City is tiny compared to its neighbor down the hill. There are six casinos, including nearly 150 hotel rooms. The town has many empty buildings along Main Street and Lawrence Street, many of which were casinos during the booming, early years of gaming.

Central City Manager Daniel Miera said the community draws water from three mountain streams, the largest being Miner’s Gulch. “All three are high up in the mountains,” he said. The collected water goes to the Central City Water Treatment Plant. Central City follows state water-quality standards, but according to Miera, not much treatment is required for the incoming water. “It’s very minimal.” Central City regularly gets water samples from various places throughout its municipal system, including tap water from faucets.

Some of Central City’s water reserve is held in two local reservoirs. The community also has two underground water-storage facilities: one holds 750,000 gallons and the other, 500,000 gallons. Miera said Central City currently has an adequate water supply, but continues to look for more, hoping to satisfy future needs.

Gilpin County residents who want fresh water can purchase it in bulk from Central City’s water supply station near the KOA Campground. Those who visit the station bring their own bottles, jugs or containers and pay before accessing water – reminiscent of a soda-vending machine.

The majority of Gilpin County residents outside Central City and Black Hawk use wells to get water. Wells also supply water for Gilpin’s Community Center, Sheriff’s Department, Justice Center, and offices in the mid-county. According to Schmalz, water disputes have occurred over the years throughout the county and between neighbors.

According to Gilpin County’s guide for residents, available online, most potable (drinkable) water is the responsibility of a homeowner, who must obtain a state permit before drilling. Maintaining a well and checking its quality regularly also is the owner’s responsibility. Since 1972, most new wells for homes (on less than 35 acres) are for household use only. Watering lawns, flowers and gardens is prohibited, as is washing cars. Using water for livestock or wild animals also is considered taboo. According to the guide, “Living in Gilpin County means checking the potability of your well’s water regularly. If your water system fails, life in paradise is over.”

Many years ago, Central City spent hundreds of thousands of dollars on water-rights attorneys during disputes with Black Hawk over water-related issues, according to Schmalz. These days, most of the water spats have gone away. As Miera noted, “We may not always agree on everything, but we work well together.”

In fact, Black Hawk and Central City have joint stakes in the North Clear Creek Wastewater Treatment Plant on Hwy 119, south of Black Hawk. The facility is operated by the Black Hawk-Central City Sanitation District. Once water is dumped into a sink, flushed down a sewer, or emptied from a bathtub anywhere in Black Hawk or Central City, it is considered wastewater (sewage). Municipal sewer lines flowing downhill from the two towns are collected by the plant, where impurities and waste materials are removed. That water is treated according to state standards and released into North Clear Creek. That water eventually unites with Clear Creek, traveling to Golden, Denver, and beyond.

As scientists and climatologists continue to forecast continued droughts and more potential wildfires in Colorado and the West for the immediate future, it’s a solid bet that water news will continue to generate regular media reports on local, state and national levels. It’s a bet, however, you can’t make at a casino in Black Hawk or Central City. 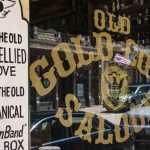 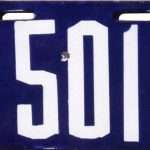 A brief history of Colorado’s license plates
Leave a comment