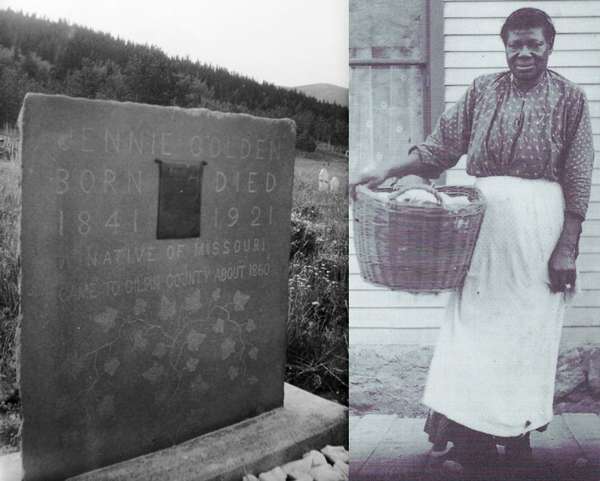 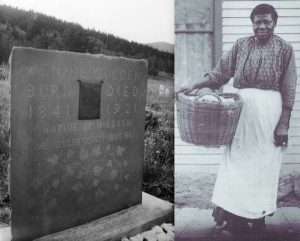 Jennie Golden and Samuel Parker were two former slaves from Missouri who settled in Black Hawk. Their stories are told from their obituaries. The description of the Dory Hill Cemetery is by historian and artist Muriel Sibell Wolle, who photographed Jennie Golden’s tombstone. Jennie Golden’s story is told first by her obituary and then in detail by reference in The Little Kingdom of Gilpin by Alan Granruth. Samuel Parker’s obituary was written by the editor of the Register-Call in 1888. These two inspirational stories of hard work and determination were an integral part of the success of mining town life.

“Black Hawk whose population reached 2,000 in the sixties (1860’s) is said to have laid out the first cemetery in the state. It was located two miles from the town and contains some of the most interesting markers that I have found. Dory Hill was covered with timber in 1859, when a site was set aside for the burying-ground, but the hillside was cleared of its trees by the wood choppers to provide fuel for the mills and timbers for the mines,” stated Muriel Sibell Wolle in her book Stampede to Timberline, published by Sage Books in1949.

“Death claimed another of the old-timers Tuesday afternoon, when Mrs. Jennie Golden, a well-known colored woman of Black Hawk was called. She had lived in the county fifty years, coming here from Missouri, where she was born eighty years ago. She is said to have a son living in Indiana or Illinois. The funeral was held this afternoon from the Hamllik Chapel.  Burial was in the Dory Hill Cemetery beside the remains of the husband.” – The Gilpin Observer, August 4, 1921.

“Jennie was born into slavery about 1840 in Missouri. When she was 19 years old, her master gave her to his son. He ran afoul of the law and departed with Jennie for “Gregory’s Diggings,” in 1860. The Emancipation Proclamation in 1863 made Jennie a free woman and she made her home in Black Hawk. She worked as a midwife and assisted in the births of many Gilpin County babies. Being one of the few black women in the area, she had no social life except attending funerals. She assisted bereaved families any way she could. She often spoke of wanting a “real pretty service” on her “Great Day.” When her time came in her 80th year, her “babies” did not forget her. A plot in Dory Hill Cemetery was donated, and a satin lined casket, flowers, and a handsome tombstone were also provided. There was a copper door on the tombstone that opened to reveal her picture.” Per Alan Granruth in The Little Kingdom of Gilpin, published in the year 2000 by The Gilpin Historical Society.

By the Editor of the Register-Call

The writer became acquainted with the deceased, Samuel Parker, in the latter part of May or the early part of June, 1862. He came to Black Hawk with a freight train in the evening, and the next morning Mr. Robert Teats, who was operating the Running lode, hired him to drive a yoke of very large white oxen, with which they hauled quartz from said lode. Mr. Teats came into Wm. McLouth’s boarding house and inquired if we could board Sam. We informed him we would, and the writer furnished Sam the first regular meal he ate in Black Hawk.

He continued to work for Mr. Teats until the spring of 1863, when he joined company with an Italian and his house keeper, who kept a restaurant in the building now occupied by Jason E. Scobey. Sam purchased a fine span of mules and a new wagon and outfit and started for “Bannock.” After traveling some sixty miles beyond Salt Lake City, the Italian and his woman turned Sam out without anything, and Sam worked his way back to Black Hawk.

He procured employment and worked hard. He cut saw timber for Charles Walker for a considerable time for his mill below where the New York Mill now stands. After the war was over some time, he took a trip back to Missouri, and brought a sister here, who lived for some time in the log house now owned and occupied by Alexander Stevenson. She afterwards removed to Pueblo. Sam informed the writer that while he was there on a visit, he was robbed of all his money by said sister and her paramour (lover).

Samuel was strictly honest. His word with this writer was A No. 1, and his testimony by those who knew him would be taken as readily as any man’s.

It appeared from what he said that he was a favorite with his master in Missouri. He said he was “boss” amongst the other “boys” on his master’s farm, and after his master had been completely stripped of everything, first by one set of soldiers and then by the other side, his master told them they could go, and when the “wah” was over to come back if they wanted to, and Sam said to the writer, “I wish to the Lod it was over now.”

For some years back Sam has lived on and beyond Dory hill, burning coal, and doing any kind of work that would make him a living. He had enough means in property and money to bury him decently, and it is to be hoped the county court will see that it is properly attended to. 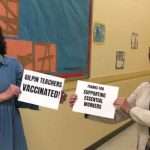 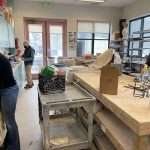