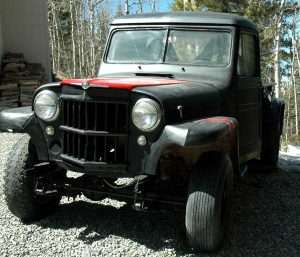 Mike Brewer was named city marshal/police chief for the City of Central after an executive session of Central City Council Wednesday night. Alderman Rand Anderson said yesterday that the decision to hire Brewer was made because “council felt that he was the one they wanted.” Mayor William C. Russell Jr. and Aldermen J.D. Carelli, Flo Farringer and Bruce Schmalz were also present at the meeting. Brewer has been a regular officer with the police department since December 1983, and prior to that was a reserve officer for a year. Brewer’s salary will be $1,359 a month. He will be on probation for six months. Anderson said the council is drawing a list of policies of how the council feels general policing should be done. Once the policies are completed, Brewer is to sign a form and his pay will be retroactive to April 1.

Bob Dornbrock, road and bridge supervisor, reported that, as requested by the commissioners, he will check into the price of a road base material at a gravel operation in Clear Creek County. The company that has that operation recently received permission from Gilpin County to mine sand and gravel near the junction of Highway 119 and Russell Gulch, so Dornbrock will see if it would be cheaper to purchase it locally later. He asked the commissioners where they would find money for the road base in the budget and if there is any extra money available. Williams said there is not. Dornbrock said he would request it in next year’s budget.

Letter to the Editor: The black dog with white throat who killed a laying hen was followed by a brown German shepherd type and a chunky dog with pale brindle and white markings. The owner of the hen was too late this time to shoot the dogs. Three dogs running unsupervised like this attacked our two dogs a few years ago and one gash on the ruff could not be treated with home remedies. We hope the owners of these dogs will reimburse the owners of any animals killed and prevent their ranging without supervision from now on. Signed, Phyllis Howe.

Harold F. Thompson was found dead in his truck last Saturday afternoon in his garage adjacent to his home on the South Beaver Creek. The doors of both his truck and garage were closed and death resulted from fumes of carbon monoxide gas. Coroner Robert C. Lehrer, of Gilpin County, was unable to determine whether the cause of death was an accident or a suicide. It really could be either, as the deceased had threatened several times to take his life. However, the Coroner later decided it was an accident, as various circumstances seemed to disprove the theory of suicide. He is survived by his wife and two children; a brother, Joe, of Mapleton, Oregon; two sisters, Mrs. Elizabeth Begg of this city and Mrs. Rose Kerrigan, of Penrose Colorado; and a half brother, Grant Kirts, of Black Hawk. Funeral was held Wednesday from the Howard Mortuary of Idaho Springs with interment in Dory Hill Cemetery.

The Air Force C-45 airplane that pancaked just below the summit of Loveland Pass Saturday has been removed to Lowry Air Force Base in Denver. It came through Tuesday morning loaded on a low-boy truck. Dismantled of motors and wings, the plane was lifted from the crash site by two army winch trucks and brought to the highway where it was loaded on the low-boy. Patrolman William Farrow escorted the low-boy to Silver Plume Tuesday and Patrolman Harold Newland made the escort trip from Silver Plume to Lowry Field Wednesday. The plane crashed Saturday morning as it neared the top of Loveland Pass, landing in deep snow about 100 yards away from Highway 6. Three airmen occupants received only minor scratches and bruises. There are two sharp turns in the highway, one near the plane crash site. It is theorized here that the pilot, after following these turns, found his plan boxed in by the crests rimming Loveland Basin and, too low to clear the summit of the pass at the speed he had, the plane lost altitude in an unsuccessful maneuver to remain airborne.

Marion Heeren drove to Boulder Friday evening. She said Mrs. Wagner was much improved and hopes to be home again soon.

Mr. and Mrs. Diskin and son Steve, of Wheatridge, were weekend visitors at the Stapp home.

The Stinsons entertained Marion Heeren and the Ress family with dinner and Scrabble afterwards Thursday evening.

Mr. Otto Blake attended a banquet and meeting and the Albany Hotel last Wednesday evening which was given for all Texaco dealers.

Miss Mary Lynch is in Denver to attend Holy Week ceremonies at her favorite church.

Mrs. Mabel Richards is able to leave the hospital now and will be moved to the home of Miss Jenie Mechling who is a trained nurse.

Funeral services were held Wednesday in Denver for Harold Thompson, who died last week at his home on South Boulder Creek. Interment is at Dory Hill Cemetery.

Vincent Ryan, the young manager of the Silver Cycle Mining Company was quite badly injured at the mine last Saturday. He was running the machine and using a wrench to tighten a belt, when the wrench slipped, striking him on the right knee-cap. This caused it to be badly bruised and formed water on the knee which is considered very dangerous. Mr. Ryan is a mining engineer who gets down and does the same work as the rest of the miners, which shows that he has the company’s interest as well as the industry’s interest at heart. His many friends here hope that he will soon be able to be on the job again.

Richie I. Hughes, superintendent and manager of the Thelma Mining Company, who is working the Becky Sharpe Mine, in Russell District, was in Central Tuesday and informed us that the company is getting ready to hoist water from the Iron and Pewabie shafts so that work can continue in the winze on the Becky Sharpe, which has been sunk 175 feet below the 365 foot level on that vein. The winze is below the body of water standing in those properties and he is not taking any chances of the water breaking into the workings and catching the men working there. The company has a lease on both shafts for the purpose stated and expect to have the water cut to the 900 foot level in a month of steady hoisting.

Mrs. Nora Driscoll came up from Denver Saturday evening on a visit with her parents.

Wilfred Fritz and wife returned from Denver Saturday evening, after a week’s visit and enjoying the many attractions afforded there.

Miss Jewel Fairchild won the spelling match held in central on Saturday last, with a standing of 98.

An Easter program will be given at the Methodist Church Sunday evening, which will take the place of the regular services.

Thomas Pierce, wife, two sons and a daughter came up from Golden on a visit with James Dunstan and family.

Frank Channing and wife motored to Denver Saturday morning, returning Sunday evening, accompanied by his two daughters and Miss Bertha Leland who will spend their summer vacation in the mountains.

McFarlane Bros., at their foundry in this city, are rushed with orders for silver-plated coppers for stamp mills, and now have twenty five orders on hand for this class of work. When on a visit to the establishment on Tuesday last, they had just finished a full sized copper for the Huber Mill, and had orders for several for the Kansas Mill in Nevadaville. Their silver plating plant is the only one between Chicago and San Francisco, and as it is claimed that stamp mill coppers so treated give better returns by the increased collection of amalgam on their surfaces, there is no doubt but what they will be more extensively used than ever before. As their work in this hue is first class in every respect, they are entitled to the success that their experience has developed.

One of the most important strikes yet made in the Pine Creek gold camp was that made in the Sweet Home lode on Colorado Hill, a few days ago, which is under lease and bond to a syndicate of St. Louis parties, who are operating the property. The great strike was made on the hanging wall, 85 feet down, where a body of solid copper iron ore between two and three feet thick was encountered, which assays very well. The operators of the mine are highly pleased with the showing and will put on a large working force immediately, when drifting each way on the vein and sinking will be prosecuted.

Comrade Miles, a Navy veteran who has been spending the past four months on the coast of Florida returned last Friday. His southern trip proved beneficial and he returns free from rheumatic ailment. While away he secured capital with which to more thoroughly develop mining interests which he secured by location some time ago north of Central in South Boulder District. He will commence work at once.

Our Teutonic friend “Uncle Jacob Derr,” of Wheat-Ridge, Jefferson County, was up the first of the week, leaving here Tuesday morning for Idaho Springs. Jacob has hopes of reaching his peach crop coming out all right in the “long run.”

Miss Edith Weymouth, student at the State University in Boulder, is spending her spring vacation with her parents, Mr. and Mrs. W.B. Sherick, in this city. Miss Edith did not forget last Tuesday to exercise the right of the elective franchise.

Married: In Black Hawk, March 28, Mr. James P. Richards of Black Hawk, to Miss Sarah Farr of Monroeville, Huron County, Ohio. The ceremony was performed in the presence of a large company of intimate friends of the groom, and after congratulations were extended, the guests were invited to partake in a luxurious supper provided by the groom’s mother.

Married: In Nebraska City, Nebraska, March 31, Mr. W.T. Ferguson of Gilpin County to Miss Minnie Davis of Nebraska City. Mr. and Mrs. Ferguson, after a trip east, will take up residence in Peck Gulch, this county, where Mr. Ferguson has mines which he is developing.

END_OF_DOCUMENT_TOKEN_TO_BE_REPLACED

Benefitting the county, schools, and much more By Don Ireland   This year marks the 30th anniversary of casinos opening in the former little mining towns of Black Hawk, Central City and Cripple Creek, Colorado. In those early years, smoking was allowed inside ... END_OF_DOCUMENT_TOKEN_TO_BE_REPLACED