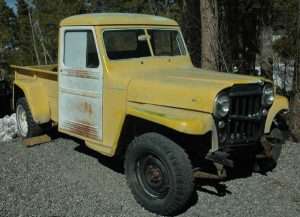 Nahanni Warburton will be Gilpin County School’s entrant in the state spelling bee next month. At the end of the local competition, the eighth grader first had to spell “nuance,” which the runner up had missed and then “unabridged.” Warburton won a $35 cash prize. Second place winner in the sixth, seventh and eighth grade category was Jeff Lorenz who received $25 for his efforts. Thad Kittrell placed third and won $15. Both are in the eighth grade. For the cash prizes, the local VFW organization donated $100 and Gilpin County Bank donated $50.

Jim Lewis of Stagecoach Cable TV service was present at the meeting to respond to questions from the council about the current progress of the cable television service. In January, the council agreed to hold a special election contingent upon a letter of formal commitment from a financial institution guaranteeing the financing of the cable service. To date, the letter of commitment has not been received and the 60 day extension period is lapsing. If the council decided not to take any action at the meeting, the contract could be terminated at the end of the 60 days. Schmalz asked if the council was going in circles. He referred to the special election not being granted without the letter of commitment from the bank and the letter of commitment not being sent without the election. He added, “It could go on forever.” The council unanimously decided to grant an additional 60 day extension provided that Black Hawk and Stagecoach come to a similar agreement, since the cable system would be for both cities.

Carla Clements Ph.D., of Black Hawk, has been appointed director of the Regis College Open Learning Center, it has been announced by William J. Hynes, dean of campus programs. Clements assumes her new position following three years as an instructor and assistant professor in the Open Learning Center (OLC), an academic support services branch at Regis. She previously was a consultant and reading and study skills instructor at the University of Colorado, Community College of Denver, Arapahoe Community College and Colorado State University. The OLC provides tutorial services, diagnostic testing and academic skills workshops. It also houses a computer lab and listening center/language lab. Under Clements’ direction, the OLC will launch a new writing improvement program at Regis this fall. A native of Colorado, Clements graduated from Abraham Lincoln High School in Denver, earned her bachelor’s and master’s degrees from CSU and received a doctorate in educational psychology from the University of Colorado.

Today, the cat caught a shrew.

It ain’t the first; she’s caught a few.

Just one of those things that cats’ll do.

It’s no big thing, (except for the shrew).

But this winter we’re just coming thru

had its cold days and snowy ones too.

And the years that a shrew lives is few.

He went to sleep last fall without a clue

he would become a victim to what cats do.

I’m tempted to stay in bed tomorrow… aren’t you?

Associate members of Rocky Mountain Lodge No. 2, Central City, are looking forward to the meeting Saturday evening, March 19, when the third degree of Odd Fellows will be conferred on two candidates from Gilpin County. At the close of the business session an oyster supper will be served. Each member attending is requested to bring a medium sized soup bowl. The associate membership of the mountain lodge is now over 200, consisting of members from lodges in the Denver metropolitan area.

On Friday, March 25, Gilpin County school children from the fourth through the eighth grades will assemble in Central City for the annual spelling contest. As in past years, the written test will take place in the morning, beginning at ten o’ clock. Fifty words will be given and the children with the three highest grades will receive prizes and also will be eligible to enter the oral contest in the afternoon. Every child who receives a grade of 70 or higher will be permitted to enter the oral spelldown, the winner of which will represent Gilpin County at the Rocky Mountain News Spelling Bee in Denver on April 16. Parents of the school children are urged to attend the afternoon spelldown to applaud the winners and console the losers.

The regular meeting of the City Council was held, Wednesday, March 2, 1955. The meeting was called to order by Mayor George Ramstetter. Roll Call: Present, Alderman Marks, Russell and Jenkins. Absent, Alderman McKay. It was moved by Alderman Russell that the part of the minutes from the last meeting wherein Paschal Quackenbush be relieved of the office of Police Magistrate be rescinded, and expunged from the record. This was seconded by Alderman Jenkins. Motion carried.

Richard Dowse, City Marshall, appeared before the Council and requested a raise in salary stating the present salary of $125 per month was not adequate. It was moved by Alderman Marks that salary of City Marshal be raised to $200 per month, with instructions to crack down on traffic violation and enforce the law. This was seconded by Alderman Jenkins. Motion carried.

The verbal report of Water Commissioner Joe Menegatti was given. He stated 90 gallons of water per minute coming in the reservoir at this time. This verbal report was accepted as given.

Mrs. Pearl Neff has gone to San Carlos, California, where she will visit her son, Alfred Neff and family for two months.

Mr. Lloyd Reis, who has been ailing from rheumatism, was taken to the veteran’s hospital last Saturday by Mr. Marlin Belcher.

Mr. Frank Gates left Friday for New York, where he will again be engaged in the theater business for several months.

Thursday was a real letter day for the Ress family. A bunch of letters from Joe written in the Antarctic and mailed in Buenes Aires, Argentina arrived. The letters gave a brief idea of what they had seen. An iceberg 200 miles long and 200 feet high, a desert of snow four feet or more thick, ice so thick it could not be broken by ramming it, so the ship went on top. The penguins would attach themselves to members of the shore parties and follow them clear on board if possible. They were intensely interested in everything the men did, to the extent of being chased out of the way at times. Traces of earlier expeditions were seen sticking out of layers of ice and snow. Two peaks entirely covered with snow dwarfed the scene from their 9,000 foot eight.

The Gilpin Hotel is anticipating an exciting weekend and future events. They have two new entertainers, Bob and Nonny Preston of Chicago, who are due this Saturday night at the Mine Shaft Bar. Mr. and Mrs. Preston are highly recommended.

Behold the lowly apple; it has put on airs and assumed a new and higher rung on the social ladder. We have the word of the American Pomological Society that an apple is a social fruit. “It draws human beings together in fellowship,” says a bulletin from the society. For these many years we have understood that an apple a day keeps the doctor away, but never suspected this luscious fruit had the reverse qualities. Granted what is claimed for the apple is true, that it will keep the children at home and in at night, and husbands as well, few of us have ever quite pictured the apple as a social fruit.

Peter Barnaby received notice to appear at the Federal Court in Denver, Monday morning, and left for Denver Sunday morning.

Wm. Harvey came up from Denver Sunday evening so as to appear before the county court Monday morning in connection with the settlement of the Henry Landmann estate.

Miss Edna Lewis, after several days confinement in her rooms in this city from an attack of tonsillitis, was able to be up and around again Tuesday.

Hancock and Ress are shipping ore to Idaho Springs this week.

The ore body in the Becky Sharpe Mine is increasing in size in every foot drifted.

George E. Kimball was up from Idaho Springs Tuesday looking over his holdings.

Messrs. Richard Magor and Edward Tippett left the first of the week for Grass Valley, Garfield County, where they have secured tracts of land. They will engage in the raising of poultry and fruit. Both gentlemen have eschewed mining as a livelihood for the present. Their families accompanied them as far as Denver, and will join them in Garfield County as soon as proper dwellings are erected.

Central City Division of the Ancient Order of Hibernians will give their 16th annual ball and reception at Turner Hall next Monday evening, March 18th. They always prove successful affairs, as well as being largely attended. Supper will be served in the dining room of the hall by the Ladies’ Auxiliary Society. The proceeds from the supper will be donated to the Sisters of St. Aloysius Academy. Arrangements have been made to serve supper to all who desire it, and who do not engage in dancing. Tickets to the ball are $1 each, admitting gentlemen and ladies. Attend if you wish to spend a pleasant evening.

The Centennial Mine in Chase Gulch is paying very handsomely at the present time. The last returns from ore crushed at the Bobtail Mill in Black Hawk gave an average of 8 and 10 ounces gold per cord. The concentrates are of a good quality, as also the smelting ore. The ore came from a level in the shaft sunk below the tunnel level.

Mr. Daniel Procunior, the oldest and most continuous resident of Wide Awake, Hawkeye District, has returned from the east. While there, in connection with others a pool was formed to work the Procunior Lode, formerly worked by Mr. Risdon, who assisted greatly in the formation of the new pool. Work has resumed. The Procunior is one of the oldest discoveries in that section and gives promise of developing into a steady producer. The ore mined will be crushed at the Douglass 20-stamp mill, which is situated near the mine.

Born: In Black Hawk, March 12, to the wife of Geo. Schneider, a daughter.

Born: In Central City, March 12, to the wife of Chris. Stevens, a son.

Born: In Central City, March 13, to the wife of E.H. Fontaine, a daughter. The delighted father has received many congratulations over the happy event.

Married: In Central City, March 9, Mr. Olof Kolling and Miss Mary Anderson. The latter couple made 45 marriages that Justice Jones has officiated at.

Died: In Black Hawk, March 11, Lottie, daughter of Mr. and Mr. Chris Fox, in the 5th year of her age. Deceased was a very bright and intelligent child and the pet of all with whom she was acquainted. The funeral occurred Wednesday morning. The bereaved parents have the sympathy of a large circle of friends in their affliction Interment was made in the Black Hawk Cemetery on Four Mile Hill.

END_OF_DOCUMENT_TOKEN_TO_BE_REPLACED

Where the dead get to tell their story By Jaclyn Schrock On Saturday, August 21, the Gilpin Historical Society held their annual Cemetery Crawl. Tickets allowed the shuttle of hundreds of guests from the Teller House parking lot to the Cemetery. Depending on v... END_OF_DOCUMENT_TOKEN_TO_BE_REPLACED