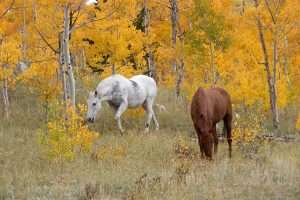 What do you do if your child has swallowed a poisonous substance? What do you do if someone has collapsed from severe chest pain? What do you do if someone has been severely burned? What do you do for someone having a diabetic seizure? Few people know how or what to do in providing immediate aid for an injured of seriously ill person. Most commonly, they call for emergency medical assistance, and then wait. But time lapses while waiting for help to arrive, time that is often valuable in saving someone’s life. Now, the dispatchers at the Gilpin County sheriff’s office can provide step-by-step instruction over the phone about assisting an injured or ill party. All emergency units normally dispatched continue to be sent, yet, in the meantime, assistance prior to their arrival can be provided.

Neighbors think there are too many barking dogs on the Everett property, which is across from Golden Gate Estates on Highway 46. According to Gilpin County zoning regulations, they are right. The county allows only three dogs per residence without a kennel license. Last week on September 19, County Commissioner Van Cullar, Sheriff Rosetta Anderle, and Building and Zoning Inspector Verl Jones went to the property and posted it with a 30-day correction notice on the zoning violation. At that time, they were told there were 20 dogs on the property and that 14 to 17 others had recently died of parvo. At the time, Anderle felt that the Everetts were well-intentioned. The Everetts thought they were doing stray dogs a favor by keeping them. However, after checking the property two days ago, Anderle found that all 20 dogs were still there. She was told that they will stay there. County dog tags have been purchased for 20 dogs, Anderle said. The posting of the zoning violation means that the Everetts have 30 days in which to correct the problem. They can either get rid of all but three dogs or get a kennel license.

This time of year the needles of the pine trees start turning brown and dying casing many people to immediately think of the mountain pine beetle infestations of the late 1970s. Fortunately, these trees are not infected by the mountain pine beetle, nor will they die, according to Ralph Campbell with the Colorado State Forest Service. “A lot of the browning we see now is caused by either needlecast or needleminer,” said Campbell. Needle cast is a natural process the trees go through this time of year. The old needles are dying off so the water and nutrients can go to the new growth. The old needles generally fall from the tree as soon as the first snow is received. Needleminers are tiny caterpillars that feed inside pine needles. “From a standpoint of tree health, it has not been a serious problem, but it does detract from the trees’ appearance,” said Campbell. The best way to check for needleminers is to hold the needles so light can shine through them. This will reveal if the needles have been hollowed out from within.

The Citizens-Republican, a combination of the Republican and Democratic parties in Central City, held their assembly Wednesday evening in the City Hall. About thirty were present. Tribute and thanks were extended to Mayor John C. Jenkins, Jr., for his efficient and able manner in governing the affairs of Central for the past eight years. At the meeting last evening (Thursday) at the City Hall, the Independent Party nominated George Ramstetter for Mayor; Wm. C. Russell, Jr., Angelo DiBenedetto, Pascal Quackenbush and Thomas Jacobson as Aldermen.

Bids will be accepted to provide transportation for nine children from Nevadaville to Central City. The total mileage is six miles per day. Bids should be filed with the Secretary of the Board not later than October 7. The Board reserves the right to accept or reject any or all bids.

I am so pleased to report that Gilpin County’s Emergency Polio Drive was most successful. Our total receipts were $360. One third of this, $120 goes to the March of Dimes Polio Prevention, to be used in evaluating the vaccine given this year. Another $120 goes to the National Foundation for Infantile Paralysis, to be used for the rehabilitation of the 67,000 victims still needing care. Our own County Chapter keeps the other $120 for use in an emergency here. That gives us a total of $60.13 in our own account. Thanks again to all of you that helped in any way to make this emergency drive such a success. Sincerely, Dorothy McClure.

By Fred Thomas: The beauty of the summer appears to have passed away, and the beautiful autumn days, the saddest of the year, with their harvest of rich landscapes and myriads of colors on the quaking aspens and willows, come to prepare the heart for the lessons of that dread period when the ice and snow take possession, and shuts out half the year; when tourists and visitors are to be remembered only as the joys of the past summer. How long these mellow, sunny days we have now will remain is an inscrutable mystery; but long enough we hope, to enable us to forget dislikes and jealousies, and to await the summer of 1955 with a spirit of cooperation and help to the Opera House Association which has brought Central City from a mediocre mining town to one that is now known from coast to coast.

Advice to Mine Owners: For the past few weeks several gentlemen have been in Central making inquiries concerning investments in our mining properties, many of which have been idle for years. They are backed by plenty of eastern capital and are anxious to revive the mining industry of the county and put the mines in shape for an equally as large a production as former records show. They have been encouraged by the many propositions offered them at reasonable figures, but feel that they are being held up by parties demanding sums ranging from forty to fifty thousand dollars for mines that are filled with water and in no shape to be operated except at great expense. Such propositions cannot be considered, and unless sane and reasonable figures are quoted them, they contemplate abandoning their efforts here and going to some other section of the state where the people will better appreciate the benefits that would come to the community from their investments. The loss to the people of Gilpin County by their failure to continue their efforts would be felt by everyone, and it is hoped that a more liberal spirit will be shown by mine owners, and reasonable, sane and just figures given on all properties they are willing to take hold of for development purposes.

The highway problem of today is one of mileage, but also of width. There are many miles of good sectional, intersectional and transcontinental roads, but in many instances these roads are not wide enough for the rapidly multiplying traffic. While energetically engaged in the building of hard surfaced roads, it is found in more congested localities that these roads are inadequate. The result is that there is a highway problem hardly less serious than when this was a country of dirt roads. Lack of foresight can be charged, but even now where the need for wider highways is recognized roads of obsolete width are being built. Where the facts are known there can be no foresight. The real reason broader thoroughfares are not being laid is that appropriations for the purpose have been limited and mileage has been sought first of all. It is natural for each generation to take care of itself before it thinks of the next generation. The first need was for hard surfaced roads, regardless of width. It is coming to be for wide roads. A precedent is found in the former conflict between temporary improved highways and permanent surfaces. More miles of temporary surface than of permanent surface could be constructed for the same money, but after a year or two the temporary surface had to be rebuilt. In its haste for improved mileage the public dissipated its common wealth in the construction of temporary highways until it learned at great expense that the permanent road was the cheapest in the end. The same lesson will be learned with respect to roads of proper width.

The heavy frost of Saturday and Sunday nights ruined all the flower beds in the city, and the beautiful clusters of flowers in the court house yard and private lawns are now but a mass of brown and withered branches.

The grouse season is on at the present time and few of the birds have been bagged in this section by our mighty hunters.

Last Saturday the Central City juvenile nine played the Nevadaville juvenile nine a game on King Flats, the former coming out victorious by a score of 15 to 9. The same nines will play another game at City Park in this city tomorrow afternoon.

Mr. G. A. Hutchinson, the Guy Hill ranchman who had one of his legs broken a short time ago and who has been lying bedridden at the Blood residence, was removed to his own residence in Guy precinct last Tuesday. He is getting along better than was anticipated.

The Denver Fidibus of last week gets off the following joke on two well-known Central citizens. It reads as follows when translated into English: “It is reported from Central that our old friend John Kruse had discovered a swarm of bees. The following day in company with Mr. Jacob Benedict, Mr. Kruse went to secure the prize. But it proved otherwise. Instead of finding a swarm of bees they encountered a nest of wasps. As a natural sequence the heroes, rather bee charmers, submitted to an attack from the rear. The attacking party now consider that the wasps acted in a cowardly manner. The next time undoubtedly the heroes of the bee-charmers will present a frontal to an attacking enemy.” The moral of this narrative, first learn whether you have a hive of bees or a hornet’s nest to encounter, before making a desperate encounter.

The New Gregory Mining Company last Monday started their pump at the 665 foot station in the incline shaft on the Gregory Lode. For the present they will hold the water at that point on the Gregory vein. Judge Becker of the First Judicial District Court, who handed down a decision last week in the drainage suit between this company and the Fisk Mining Company granted the former 10 days in which to file an amended complaint.

Born: In Russell Gulch, September 26, to the wife of Nebrath Jones, a son. Mother and child doing well and the father the happiest man in Russell District.

Died: In Denver, September 25, Clara L. Rust, daughter of Mr. and Mrs. William Knifton. Deceased was well known in Black Hawk, where her parents resided before leaving for Denver. The friends of the surviving relatives of this estimable lady will unite with the Register-Call in extending them sincere condolence in their bereavement.

END_OF_DOCUMENT_TOKEN_TO_BE_REPLACED

Where the dead get to tell their story By Jaclyn Schrock On Saturday, August 21, the Gilpin Historical Society held their annual Cemetery Crawl. Tickets allowed the shuttle of hundreds of guests from the Teller House parking lot to the Cemetery. Depending on v... END_OF_DOCUMENT_TOKEN_TO_BE_REPLACED

Benefitting the county, schools, and much more By Don Ireland   This year marks the 30th anniversary of casinos opening in the former little mining towns of Black Hawk, Central City and Cripple Creek, Colorado. In those early years, smoking was allowed inside ... END_OF_DOCUMENT_TOKEN_TO_BE_REPLACED