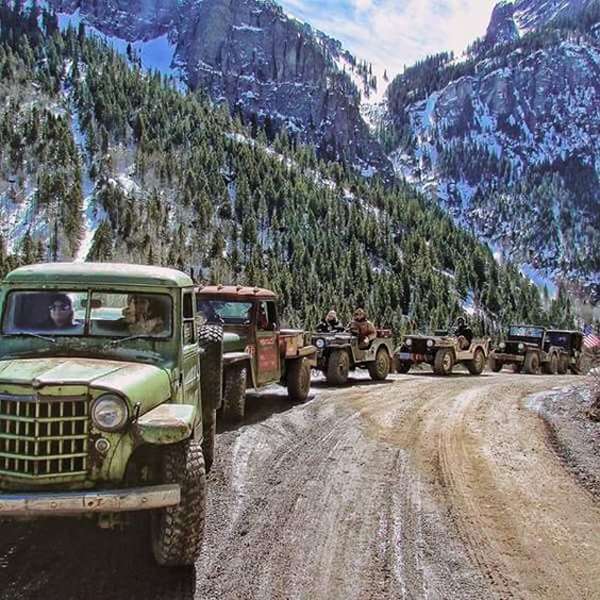 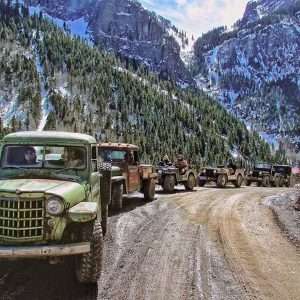 A house on Pine Street, known as the “Richfield House,” has been cut in half so it can be moved to the south lot of the two vacant lots it presently sits in between. It will be a buffer for St. Mary’s Church as the two lots are planned to be developed for gaming. The “Richfield House” was one of the few houses to survive the fire of 1874. Ironically, no insurance was held on the house at that time. The back portion of the house was built at a later date than the front. The addition was built without a foundation and the wood was too rotten to salvage.

Marvin Dennis, Jr., and Joseph Nick Aguayo both pleaded guilty to first degree murder in the death of Corona Heights resident Rex Miller. Judge Kenneth Barnhill accepted the pleas in District Court August 23. The two men will appear in the Gilpin County Courtroom on October 4 and October 30. October 4 is the last day, Barnhill said, that he would accept a plea to anything other than the filed charges unless he received a request from defense attorneys for more time. On October 30, Barnhill will hold a hearing on evidentiary motions. He also granted a motion to allow both defense attorneys to have transcripts of the grand jury proceedings that resulted in charges against Aguayo and Dennis. Following anonymous tips, Aguayo and Dennis were both arrested and charged with the murder of Rex Miller. Miller was found dead on the morning of August 1 after he had stopped to help a group that had run out of gas on the road near his home. Miller’s car and wallet were taken that night. The car was subsequently found burning in a parking lot in northeast Denver. Both men were taken into custody in Denver shortly after that.

Mrs. Minnie McCoy and Mrs. Hazel Wolfe were enjoying the snow here over the weekend.

Never in the history of the oldest inhabitants, which consists of Ye Editor, John C. Jenkins Jr., Clifford I. Parsons, L.J. Carter and other old fossils can remember when a snow storm of such vast dimensions appeared in Gilpin County and throughout the state at such an early date. I find, however, from the files, that in 1894 and also in 1915, that skiffs of snow fell during the Fourth of July celebration here but remained on the ground for only a short time. Not this year, however, as over two feet of the beautiful stuff fell on Central City, and close to three feet in the outlying districts, particularly in the vicinity of Bear Mountain. No highways were closed in this vicinity, and Wednesday morning, Old Sol shown in splendor and the snow rapidly disappeared. Does it mean that winter is starting this early, and we will be cheated out of our beautiful Indian Summer? All summer we have heard over TV—“Rain and thunderstorms, particularly over the mountains,” and now we hope that weather reports will not say—“Snow flurries and colder weather, particularly in the mountains.” And, by the way, “what did you do with your summer wages?”

We hear that one of the Allen brothers killed a deer near Buffalo Springs, his ammunition being a bow and arrow. This establishes some kind of a record, as it is the first time that hunting with a bow and arrow has brought results. Bobby says that deer are now migrating through the lower part of Russell Gulch to their winter range in the vicinity of Sheep Mountain.

Mr. Louis (Bud) Klein had the misfortune of cutting his finger on a power saw last Wednesday and had to have several stitches taken.

Miss Kathryn Eccker has again taken up her duties as a Physical Education Instructor at the Littleton High School and commutes each day.

Mr. and Mrs. Clarence LeForce of Anderson, Mo., arrived Wednesday for a visit with her brother Harry Clark and wife.

Mr. and Mrs. Oliver Toll and their daughter, Miss Nancy, accompanied by Mr. and Mrs. Vergis Moon, of Bryn Mawr, Pa., and Frank True, of Denver, visited for a few hours in Central on Sunday.

Mr. George D. Henderson was up from Denver on Saturday, on a short visit, and was the guest of C.I. Parsons and family, returning home Sunday.

Senator Key Pittman of Nevada, chairman of the senate foreign relations committee, studying the silver problem in a speech delivered in Spokane, Washington, on Monday last, predicted that silver would be worth 60 cents an ounce within 60 days.

Regular Indian Summer has prevailed during the week, and the weather has been all that mortals could have wished for. The nights are cool, and frosts have been frequent visitors, but no damage has as yet resulted of the many flower gardens throughout the city, one of the finest being back of Mrs. Henry P. Lowe’s residence, on Lawrence Street.

Mr. Chard Rutherford, a former well-known resident of Nevadaville, but now residing at Eaton, Colorado, was a visitor to his old home and with friends on Saturday last.

Master Guy Laird, who had been spending his vacation here, left for Denver Sunday, to resume his studies at the Manual Training School.

Miss Margaret Rank left for Denver Sunday afternoon, having been selected as a teacher at the Gilpin School.

Mrs. Kate Churchill, editor of the Queen Bee of Denver, was a visitor to Gilpin County during the week.

Miss Agnes Gilmour, who had been visiting her brother James A. Gilmour and family in this city for the past two weeks, left for her home in Kansas City on Thursday, accompanied by Miss Mamie Gilmour.

Sam Bostwick has taken a position as salesman and bookkeeper at the Jenkins-McKay Hardware store in this city.

Rev. Father Desaulniers, of the Catholic Church in this city, after a visit with his parents in Canada, returned to Central on Friday. While at his home he attended the golden anniversary wedding of his parents.

Miss Edith Bostwick, after a pleasant visit with her grandma and other relatives in Denver, returned to her Black Hawk home the first of the week.

The first carload shipment of matte from the Golden Smelter was made on Tuesday last to Omaha, for separation. The smelting force has been divided into three shifts of men, each working eight hours, instead of two shifts of twelve hours each, and the force will be greatly increased as time goes on and the smelter enlarged.

The large auditorium of the M.E. Church, in this city, was ready for the plasterers. Mr. Chase, while in the cast, had succeeded in raising funds at a low rate of interest to cancel the indebtedness and finish up the work, and it was hoped to have the church ready by the beginning of October.

Charley Bergen had a lively tussle with a bear at the Bergen Ranch in Bergen Park and succeeded in killing the animal and two cubs.

Mr. A.D. Breed, of Cincinnati, closed the sale of the Caribou Mine by paying the balance of $75,000 and took deeds to the richest silver mine in Colorado.

A stamp mill run of two and one-half cords of mill ore from the Champion Mine last week produced a gold retort weighing 26 ½ ounces of fine gold.

The Kansas Mine deposited with Nathaniel Young & Company, the bankers of this city, during the week, a gold retort weighing 73 ½ ounces, and one from the Illinois Mine, by Bela S. Buell, that was worth $2,000.

The Star baseball club of this city was defeated by the Blue Stockings of Denver, by a score of 55 to 30, played in Denver. The game was lost by the sudden indisposition of Frank Teats, and Harder, another member of the Stars, was struck between the eyes by a pitched ball. The next day the Stars defeated a picked nine in Denver by a score of 45 to 7. 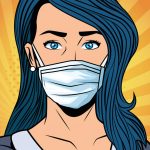 Mask use and vaccinations for Gilpin County
Next Article 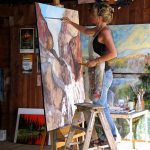