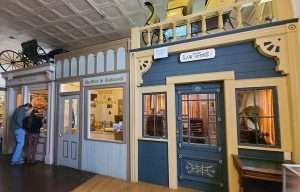 The Golden Gate Youth Camp has been ruled out as a potential jail site, sheriff’s office, and other county building location. The feasibility study, prepared by Dickinson Associates, Inc., names several problems associated with the 20-acre property. Primarily, Dickinson found that none of the buildings at the camp were suitable for the project. Either the buildings were too small to accommodate a joint jail and sheriff’s office for personnel, or too large to use as a separate jail without the offices included. The latter was not recommended at all by Dickinson. Coupled with new construction costs at the site and many unknowns regarding the conditions of buried water and oil piping, an oil tank, electric conduit and wiring at the 20-year-old site, the cost to the county would be more than simply building a new jail with offices. Another drawback to the youth center pointed out in the study was the remote location of the area from the main artery of Highway 119. Without taking these problems into consideration and other exterior items such as an outside exercise yard, roads, walks and parking for staff and visitors, the estimate reached the $2,119,000 mark. This amount did not include the purchase price for the property. “That’s what we needed to know,” said Leslie Williams on Monday, “so now we will look elsewhere.”

Married: Michelle Unitt and Andrew Jon Braning were united in marriage on June 28th, 1991, with Judge Roy Olson officiating the ceremony at the Hall of Justice in Golden. Attendants to the bride and groom were Jennie Doel and Dan Calvert. Anna Salter, mother of the bride, is a resident of Gilpin County. Mother of the groom, Gail Murray, lives in Black Hawk. A reception followed at Lyons Park in Golden, with approximately 35 friends. The young couple, both graduates of Gilpin County High School, will make their home in Central City, where Andy is employed part-time with the city road department.

Died: Clarence Paul Zancanella, formerly of Gilpin County, passed away June 24th, 1991, at his home in Longmont. He was 70 years old. Born May 2nd, 1921, in Russell Gulch, to Tony and Jennie Zancanella, the family moved to Black Hawk around 1935. Tony Zancanella and Jennie Zancanella operated Jennie’s Inn, now Crook’s Palace, for over 35 years. Clarence served in the army during World War II and was stationed in Germany. He worked as a carpenter and built custom homes with one of his brothers. He was a member of Carpenters Union No. 1196 and Veterans of Foreign Wars No. 4171 in Golden. Zancanella was raised and educated in Gilpin and graduated from Gilpin County High School. He moved to Denver in the 1950s when he married Alice Webb. He is survived by his wife, a daughter, Toni Pape of Longmont; his brother, David Zancanella and his wife June; his sister, Marguerite Chase and her husband James, of Golden; two grandchildren, and numerous nieces and nephews. Services were held in Longmont on June 27. Interment was in Fort Logan National Cemetery.

Both services at the Homecoming exercises at the Methodist Church were well attended, the auditorium being filled to overflowing for both services. Many old parishioners from the valley were in attendance, and among the number we noticed Mrs. G.W.O. Williams and sister; Mrs. Joe Merritt, Dr. Lester Oliver, wife and mother, and many, many others.

Police Magistrate Lee Lyttle submitted his resignation to the City Council at their meeting last Wednesday evening, due to a difference of opinion between the city law enforcement officers and himself. No one has been appointed to take his place as yet.

Died: “Smoky,” the 17-year-old dog of the Joe Menegatti’s was put to sleep last week. He has been afflicted with the ailments all canines are subjected to and it was deemed humane to him enter dog heaven without any more pain.

Relatives from Denver and California were at Mrs. Perl Neff’s on June 28th, to help celebrate her birthday. There were lovely gifts to admire and a big cake with candles which was enjoyed by the nine persons present.

Joe Hardy, a former resident in this area was in town Friday with his wife and three children. He now lives in Adams County.

Mrs. Mary Robinson and two grandsons and Mr. Frank Fleiss were up from Denver last Friday. Mr. Fleiss has decided to sell his house on Swede Hill, as his wife has very poor health.

Former residents, Mr. and Mrs. John Rohling, were in town Thursday, with Mr. and Mrs. Bruce Huskins and sons Allen and Mark of Denver. They called at the Otto M. Blakes to talk about old times. The Rohlings are just back from California after attending a family gathering at which 17 relatives, including the Arthur Mitchells from Olympia, Washington, were present.

Surveys are being made for a proposed new road to the top of Drew Hill in Golden Gate Canyon for a distance of a mile and a half. The new route would branch from the highway at a point one-fourth of a mile below the Dahlberg Ranch, and traverse the sunny side of the mountain to eliminate deep snow banks during the winter. If the road can be built within available funds, it is expected that the county will begin construction of it in the immediate future. The Golden Gate Canyon highway has been graded the entire length to the Gilpin County line and is in excellent condition. Several narrow places in the road have been widened.

Mr. and Mrs. Willis Wolfe, of Great Falls, Montana, drove up from Denver Monday morning, accompanied by Mrs. Louie Welch, who had spent the 4th with her daughter, Mrs. Minnie McCoy, daughter Louie and son Jack. The former returned during the morning to Denver, where they will spend their school vacation.

Mr. George Eustice, who was injured in the “Glory Hole” up on Quartz Hill a week ago by caving in of ground on which he was standing, is able to be up and around again, and is recovering nicely from his injuries.

Mr. Charles Stribley, from Minnesota, son of the late William Stribley, formerly of Denver, was in Central Monday and called on relatives and friends.

Mr. Walter R. Jones, of Aspen, who has been selected by the school board of this city as principal of the Central City High School, visited the city last week.

Mrs. Harry J. Teller was up from Denver on Saturday and Sunday, to get a breath of real mountain air and drink of water from the snowy range.

Died: In Denver, July 2nd, 1931, at the home of her daughter, Mrs. Benjamin H. Berry, Mrs. Anna J. Williams, aged 77 years. Deceased was born in Dodgeville, Wisconsin, October 8th, 1853, and was married to Griffith W. Williams June 23, 1874, in that city. The couple came to Colorado in 1879, and located in this city, where Mr. Williams died in 1902, and of late years she has been making her home with her daughter, Mrs. Berry, in Denver. She is survived by one son, Humphrey G. Williams, of Olympia, Washington, and two daughters, Mrs. J.C. Fowler, of Spokane, Washington, and Mrs. Benjamin H. Berry, of Denver, all of whom were at her bedside when the summons came. Besides the above, she leaves two sisters and three grandchildren. Her remains were shipped to Dodgeville, Wisconsin, where funeral services were held, and interment took place in the family plot beside the remains of her husband.

Mr. Otto Sauer came up from Denver on Tuesday to look after his mining and property interests.

Master Merle Marlow returned Tuesday after a pleasant visit with relatives and friends in Denver.

The Shakespeare Club met on Monday evening at the residence of Mr. and Mrs. Francis B. McLeod, and heard Act 3 of Coriolanus.

Rev. S. J. Rogers and C.C. Anderson of the Golden Rule store, started out last week on a mission of charity to the end of reducing the debt on the M.E. Church in this city. They made a pretty complete canvass of the businessmen and residents of the city, with the result that about $2,000 was subscribed. The debt against the church is in the neighborhood of $2,500, and it is their intention to continue their labors until the full amount has been subscribed.

Mr. T.O. Davey and son William, of Nevadaville, visited Idaho Springs the first of the week, where the latter will take the vapor baths for rheumatic troubles.

William T. and Richard Trembath arrived from the mines in Michigan the first of the week, and will make Nevadaville their resting place for the present.

Monday’s issue of the Register said the Bobtail Tunnel had reached a distance into the mountain of 248 feet, and 300 feet further would be needed to reach the Bobtail Lode.

Mr. T.U. Roworth arrived on the stage on Monday, after a two months’ trip to the East.

Born: In Golden, to the wife of Dr. Harsh, of Leavenworth Gulch, twin boys.

END_OF_DOCUMENT_TOKEN_TO_BE_REPLACED

Benefitting the county, schools, and much more By Don Ireland   This year marks the 30th anniversary of casinos opening in the former little mining towns of Black Hawk, Central City and Cripple Creek, Colorado. In those early years, smoking was allowed inside ... END_OF_DOCUMENT_TOKEN_TO_BE_REPLACED