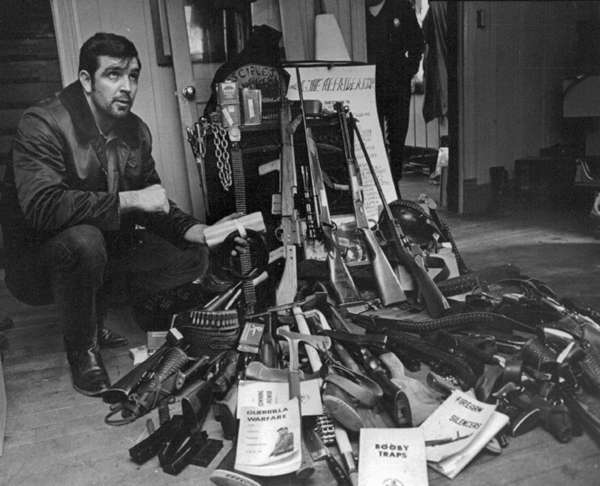 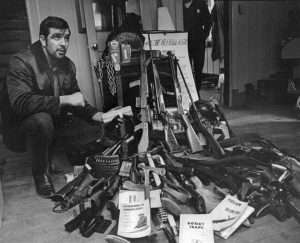 After 23 years of owning one of Central City’s most popular saloons, Gail and Lyle Sheftel have decided that it’s time to retire and enjoy life in Florida. The Sheftels have decided to sell not only the Toll Gate, but also their home in Central City. Mother’s Day is the last day of business for the Toll Gate. Though he hasn’t signed a contract, Lyle said, the saloon is definitely for sale. To commemorate the last day of business, the Toll Gate Gunfighters have prepared a special show for their last performance, at 3:30 p.m., on May 12. The whole staff is joining in what promises to be a memorable performance. The gunfighters always try to present a special show at the end of the season each year. They figure that the last gunfight before the Toll Gate shuts its doors while awaiting a new owner is the perfect excuse for—ahem—a bang-up performance.

Died: Betty Nerheim Huntsman, 69, passed away April 11, 1991, at Swedish Hospital in Englewood after many years of suffering with Multiple Sclerosis. Betty was the daughter of Birger and Myrtle Nerheim of Gilpin Town in Lump Gulch. She was born in Denver, September 9, 1922. She attended Gilpin Town’s Country School through the eighth grade, then attended and graduated from Gilpin County High School in Central City. She was employed by Kortz & Sons Jewelry and later worked at Royal Crest Dairy for 18 years before retiring because of Multiple Sclerosis. She married Harold Huntsman May 31, 1944. The couple, along with Betty’s sister, Helen and her husband, Lloyd “Red” Kindler, maintained the family’s mountain home in Gilpin Town. Betty was preceded in death by her parents and a son, Richard. She is survived by her husband; a daughter, Betty Ann Palmer of Colorado Springs; two granddaughters, Kathy and Deanna, and her sister, Helen Kindler. Burial was in Chapel Hill Cemetery, Littleton.

A 29-year-old Denver man fell 85 feet down a mine shaft north of Idaho Springs and was rescued shortly before noon Sunday. Henry Liebinger of Denver, an employee of the Ski Shop at Cherokee Street, was in critical condition at St. Luke’s Hospital Sunday night. He suffered a broken neck, possible internal injuries and a broken left ankle in the fall. The injured man was in a group of 10 that climbed Bellevue Mountain two miles north of Idaho Springs. The outing was sponsored by the Colorado Mountain Club. Liebinger wandered away during a rest break at 10,000 feet, near the top. He walked into an abandoned mine shaft. Apparently unable to see in the gloom, he stepped off into an 85-foot deep vertical shaft. When he was missed other members of the group began searching. They found Liebinger after hearing him groaning with pain. Rescuers who responded to a plea for help were from the Idaho Springs Volunteer Fire Department. Also responding were Dr. Freeman Fowler, of Idaho Springs and Clear Creek, and County Undersheriff Webb Colt. Ladders and rescue equipment were packed up the mountain. Herbert Albers of Idaho Springs was lowered into the shaft when it was learned the ladders were too short. He called for Dr. Fowler and the doctor also went down. After being given pain killer by hypodermic, Liebinger was wrapped in blankets and lifted out in a wire litter basket. Liebinger was given treatment for shock in Dr. Fowler’s Idaho Springs office, then was taken to St. Luke’s Hospital in Denver. The mishap occurred around 10 a.m.

Painters from Denver have been busy this week in painting the casements and frames of the Teller House. Upon completion of this work, they intend painting the various windows and other needed places at the Opera House. The new coat of paint adds a clean and attractive look to this old edifice. Oh yes, as has been the custom for many years past, the swallows made their appearance Wednesday and will be with us during the summer.

Died: Mrs. Frank Gray died early Monday morning at the Asbury Circle Nursing Home in Denver, where she has been for the past six months. She was 70 years of age. Gertrude has been in ill health for the past five years suffering from arthritis and other ailments, and after spending several weeks in St. Luke’s Hospital, in Denver, was taken to the Asbury Nursing Home, where death came peacefully in her sleep. She was born in Central City, attended both the grammar and high schools here, and her beautiful soprano voice in churches and various gatherings in the city will ever be remembered. She was a Past President of the American Legion Auxiliary, a Past Matron of Golden Queen Chapter, Order Eastern Star, and for the past 25 years has been the Secretary of this Chapter. She was a tireless worker in delving into the history of early days and was the author of a masterpiece relating to the origin and history of the Masonic Lodge, dealing with the paintings on the walls and other interesting data, which manuscript was read by her on various occasions before the Masonic bodies. She is survived by her husband, Frank, and a son, Morgan, both residing in Central City. Funeral services were held yesterday afternoon at the Masonic Temple in this city, under the auspices of Tomford Mortuary of Idaho Springs, with Rev. Oscar Lutz of the Arvada Presbyterian Church officiating, with interment in Bald Mountain Cemetery.

Died: Services were held Tuesday at the Moore Mortuary for Mrs. Estella Frances Rogers, 84, of Denver, who died Sunday in Rose Memorial Hospital. Burial was in Fairmount. Mrs. Rogers was born January 10, 1877, in Nevadaville, and attended Central City schools. She moved to the Denver area 43 years ago and was employed as night operator in Mountain States Telephone and Telegraph Co.’s Englewood office until her retirement in 1942. She is survived by a daughter, Mrs. Viola E. Williams, Denver; two granddaughters and four great-grandchildren.

The Idaho Springs town team came through Sunday with a win over Central City, and it was a game! Marion Pascoe got off to a good start for the season by striking out 18 batters and allowing only one hit. Minnegoty of Central fanned 15 men in six innings when he was relieved by P. Mattivi who fanned six batters. Both teams played a good brand of ball. The locals are out to win their games and came through the game with only one error chalked up against them, and that is pretty fair for so early in the season, the boys claim. “Bumps” Turner made a spectacular catch in center field well worth the price of admission. Darrel White sure covers ground at short stop and nothing goes through there. The field was soft, and some “would be” Barney Oldfields have been using the park for a race track and cut the infield up pretty badly. Anyone who missed the game certainly missed a cracker-jack of a game, according to those who saw it, so folks don’t miss seeing your local boys in action. They appreciate your patronage and rooting.

Died: Mrs. Carrie Barbee, widow of the late Robert Barbee, an old time and week-known resident of Central City, died in Denver on Saturday last, at the age of 75 years. Mrs. Barbee was born in Lexington, Missouri, and lived there and in Leavenworth, Kansas, until her marriage in 1874, when she came to Colorado, and settled in this city, leaving here in 1918 for Denver to make her home with her son, Belford Barbee. The deceased had many old and dear friends here, and was beloved by all who knew her. She is survived by three sons, James B. Barbee, Theodore and Frank, and five daughters, Mrs. Josephine Reynolds, Mrs. Gertrude Huff, Mrs. Robertann Cuthbert, Mrs. Rose Waller, and Mrs. Fannie Allen. Funeral services were held Tuesday morning with interment in Fairmount Cemetery.

Died: George Percy Goodier, former mining promoter and a resident of Denver in 1891, died at his home Friday night of acute indigestion. He was 67 years old. He was born in Oswego, N.Y., and received his education in the schools of that city. He was first associated with the Chamberlain Investment Company after coming to Denver. Later, he entered the development of several mining projects in Colorado and New Mexico. Goodier was known as the largest producer of manganese ore in the United States during the World War. At the time of his death he was engaged in the development of a machine for the reclamation of waste oil. Surviving him are his wife, a daughter, Florence, and two sons, George P. Goodier, Jr., Los Angeles, and Benjamin D. Goodier, a mining engineer now in South America.

Died: Mrs. D.E. Sherick, pioneer of Colorado, who had lived in Jefferson County for sixty years, died Monday in Denver after a long illness. She became critically ill several weeks ago when she went to Denver to live with her son, A.E. Sherick. Surviving Mrs. Sherick are her husband, D.E. Sherick of Golden; three sons, A.E. C.W. and J.L. Sherick of Denver; two daughters, Mrs. Joseph Linens, Portland, Oregon, and Mrs. Allen Tupper, Carleton, Oregon. Mrs. Sherick was born in Missouri and when a child came to Colorado with her parents, Mr. and Mrs. James McKay. They crossed the plains in ox team train. The family first located in Central City, and after residence of several years there moved to Arvada. Later they settled on a farm near Maple Grove. Mrs. Sherick was a charter member of Maple Grove Grange. She was one of the most highly esteemed residents of Jefferson County.

Judge W.A. Dier was up from Golden on Monday, and before returning made this office a pleasant call.

The Misses Lulu and Ada Bachelder returned from Golden on Sunday, the latter to take a position with the local telephone exchange in this city.

Mr. Hugh Campbell came up from Denver the first of the week to look after his mining property in this section.

Mr. Otto Sauer was up from Denver the first of the week, looking after his business and mining properties.

Mr. John C. McShane of this city has been appointed by Governor Orman as one of the delegates to the fourth annual session of the International Mining Congress to be held in Boise City, Idaho, on July 22.

Manager Steve Hoskin, of the Freedom Property, reports that returns have been received from the shipment of ore sent to the smelters last week, the first carload assaying 3.87 ounces gold and 4 ounces silver, a total value of $70.39 per ton; the second carload assayed 3.83 ounces gold and 6 ounces silver per ton, the two cars bringing a check for $1,687.69. The tailings from the mill ore sold for $17 per ton.

Mr. John Q.A. Rollins was repairing the Rollins Hotel, getting ready for the spring travel.

Three hundred and forty stamps were crushing ore at the different mills on North Clear Creek.

Mr. Frank Hall, one of the proprietors of the Miner’s Register, who had been east on a vacation for the past eight months, returned home on the first of the week.

Messrs. Hugh Van Alstyne, James Kingman, and Dr. Louis Pruyer, of New York, arrived in Central during the week, and were the guests of E.L. Salisbury.

Thomas & Company received returns of $177.60 per cord from mill ore from the Bledsoe Mine.

The No. 4 shaft on the Jones Mine, worked by McGonegal and Company, was yielding 16 ounces gold to the cord, and their smelting ore was worth $50 per ton.

Mr. L. Reed, of the firm of McKenney & Reed, broke his left leg above the ankle joint, while jumping, and Dr. Edmundson attended to his injuries. 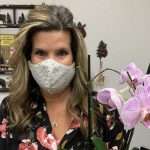 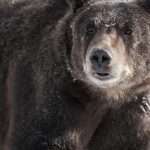