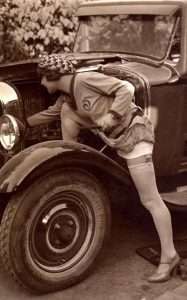 An enthusiastic crowd of 70 or more persons turned out last Sunday afternoon to hear voice, violin, viola and piano combine in music in the beauty of St. James historic sanctuary. Fran Cooke, Andrea Euser, Naomi Fellows, Emma Jo Hill, and Anne and Bob Hunter combined their talents for performances of several numbers that covered a wide range of music. The recital was organized by Naomi Fellows with assistance from Anne Hunter, to benefit the floor renovation and carpeting of the sanctuary. The new carpet, which has been in place since mid-March, is a replica of the carpet laid in 1909. Saint James thanks all who attended for their support and generosity, both of applause and gifts, the performers who shared their talents, and Naomi for her efforts in putting the program together. Watch for more information on the Community Potluck and program May 19th. The Denver Chamber Choir will present Mozart’s Vespers at 5 p.m. with the potluck following at 6.

Died: Bernard “Ben” Arthur Lindburg, 88, passed away at his home Sunday, April 21, 1991. The cause of death was acute heart failure. Lindburg was the son of Arthur and Hilda Falk Lindburg. He was born in Essex, Iowa, on October 6, 1902. He graduated from Essex High School in 1921. After that, he attended the University of Iowa at Iowa City and later the University of Nebraska in Lincoln. Lindburg, who never married, followed a lifelong career in banking. His first job was at the First National Bank of Denver. He later secured a position with the Security National Bank of Los Angeles, and then the Bank of America in San Francisco. He returned to Colorado in 1947 and was employed by the First National Bank of Denver from which he retired in 1965. Lindburg served in the Fifth Fleet of the U.S. Navy during WWII. His crew took part in the invasion of Iwo Jima in February 1945. He bought his home in Central City in 1951. After retiring in 1965 he made his permanent residence at 102 Casey St. Lindburg was an active member of St. James Methodist Church where he served as an usher. In the past he served as commander of the Thomas Cody Post #166 American Legion and the Lion’s Club. Graveside services were held Thursday, April 25, at 2 p.m. in Essex, IA. This Sunday’s service at St. James in Central City will be dedicated to his memory. He is survived by his sister, Frances Natter of Desert Hot Springs, CA; and three brothers, Fred and Harold of Shenandoah, IA, and Ernest H. of Washington D.C. Contributions may be made in his name to either St. James or the Thomas Cody Post of the American Legion.

Died: John Edward Carter died April 12, 1991, in his home in Denver, of liver cancer. John was born to John V. “Jack” and Mary Carter of Rollinsville. He went to high school in Nederland and enlisted in the Navy soon after Pearl Harbor, serving in the Pacific areas. He married Mary Simmons in November 1948. John was a brick layer in the Denver area and finally was employed by Coors and retired from there after 20 years. He is survived by his wife, Mary; two sons, John and James; a daughter, Julieann; a daughter and son-in-law, Kathy and John Stachowski, and a granddaughter, Andrea, all of Denver; a brother, David of Thornton, and a sister, Margaret Logan of Rollinsville.

Died: Elsa Wolters, of Rowell, NM, passed away at her residence on March 23. She was born April 10, 1907, in Bronberg, Ostpreussen, Germany, to August and Elenore Richter Rauch. Many area residence will remember Wolters, who along with her daughter Ingrid, lived on Lawrence Street from 1962 to 1976. A widow since 1944, she worked for many years as a cook at the Black Forest Inn in Black Hawk. She also worked at the once popular Johnson’s Smorgasbord in Central City. Wolters met and married her husband Alfred on Jan. 9, 1932, in Wiesbaden, Germany. A memorial service was held at St. Mark’s Evangelical Lutheran Church in Rowell, NM, Rev. Robert Bellis officiating. Survivors include two daughters, Ingrid Cook of Roswell and Riccarda Grannum of Victoria, British Columbia; one son, Berhard A. Wolters of Ottawa, Ontario; two sisters, Erna Majkowski of Wiesbaden, Germany, and Herta Maier of Dessau, Germany; and two grandchildren.

In a decision of the Supreme Court of Colorado, handed down last week, they upheld the verdict of the District Court of Gilpin County, wherein the jury brought in a verdict against Wm. C. Russell, Jr., in a suit instituted by Dr. Gullen C. Aragon, of Denver, but now living at Costa Rico. The original suit pertained to a car parked illegally on County Road Street, July 23, 1958, when Russell, as Fire Chief, attempted to move the vehicle, and it got beyond his control, and rolled backwards to Eureka Street, later coming to a stop opposite the opera house. The costs and the appeal to the Supreme Court will amount to about $1,500, which will have to be paid by Russell.

Mr. R.R. (Butch) Mappin, of Idaho Springs, was the lucky recipient of a .38 caliber revolver and belt, tendered him Monday evening by the local Order of Elks. He was most lucky in having the winning number, 557, which is also the number of the lodge.

Lee Lytle visited with Wm. Landau at the Columbine Rest Home at Wheatridge on Monday, and reports Bill as feeling right pert, but wants to return home in order to supervise his numerous mining properties and to play pinochle with his friends. Hurry home, Bill; we’ll take you to a cleaning in the pinochle game.

Mrs. Phyllis Powers returned Monday from a trip to Enid, Oklahoma. She visited her son James, who attends college there.

Died: Mrs. Jane Mellow, a resident of Russell Gulch for many years, died Monday in Denver. She is survived by a son, Raymond; a daughter, Mrs. Gary Kerns, of Berkley Springs, West Virginia. She was about 87 years of age. Interment was in Fairmount Cemetery.

Mr. Robert Richards has arrived from Denver and is filling a position on night shift at the Pittsburg Mine.

Stroehle and Company of Black Hawk are installing the machinery on the ’91 Mine.

Walter Flagler left Saturday for Denver, on business in connection with the Galapago Mine.

Mr. W. Grenfell visited Arvada the first of the week to try and persuade his wife to come home, as he is tired and sick of doing his own cooking.

Two much surface water is interfering with a number of tributers who are working in the several mines in operation this section, and work had to be abandoned for the present.

Died: Mrs. Isaac A. Riche, 74 years of age, mother of Aaron Riche, Jewish welfare worker, died unexpectedly yesterday at the California Lutheran Hospital after a lengthy illness. Mrs. Riche, the daughter of Rabbi and Mrs. J.T. Goldberg, was born in Suwallid, Poland. She came to America at an early age and made her first home in Central City, Colorado. Later she moved to Denver, where she was active in educational and charitable work. She devoted much of her time to the furtherance of the suffrage movement. Mrs. Riche moved to Los Angeles, California approximately ten years ago. Besides her husband, Mrs. Riche leaves three daughters, Mrs. S.C. Levitan and Mrs. Elliott M. Bank, both of Los Angeles, and Mrs. M. Levitan of Chicago, and an only son, Aaron Riche.

Died: Joel Henderson, 87 years of age, a resident of Denver more than fifty years and once driver of a stagecoach from Denver to Deadwood, S.D., died Tuesday at his home. Born in Jacksonville, Illinois, October 24, 1843, Mr. Henderson came to Colorado in 1874 and settled in Central City. Shortly afterward he moved to Denver and was employed as a stage driver for several years. At age 16 Henderson joined the 53rd Illinois Cavalry and served all but one year in the Civil War with the Union Army. During that one year he was confined in Libby prison. In 1881 he entered the railway mail service here and after thirty-nine years in the service was retired August 20, 1920. He was the first man in the United States to retire under the government’s pension system for postal employees, members of the family said. Mr. Henderson was a member of the Highland’s Masonic Lodge No. 86 of the Grand Army of the Republic.

Mr. W.H. Knowles, superintendent of the Crown Point & Virginia Mine, had a close call in a runaway while going down Virginia Canyon Road. The neck yoke broke and the team ran away, throwing Mr. Knowles out of the rig, but fortunately he escaped injuries, except for a few bruises. The team was stopped without doing any serious damage by parties coming up the canyon.

Mrs. Etta Parenteau completed her work as census taker of the children of this district, of school age, on Tuesday last, and reports 1,115 of school age in the district, as compared with 995 reported last year. From the statement herewith given, the action of the school board in making arrangements for the construction of a larger and better building for the public schools cannot but be highly commended.

Two shifts are at work at the Freedom Mine on Winnebago Mountain, the working force now numbering 18 men. Some nice mineral has been opened up in the 7th east and the 8th west levels, and two carloads of ore have been shipped during the week to the sampling works to test their values. Drifting is also being carried on in the east 6th and west 8th levels and an upraise is being made from the 7th to the 6th level. The daily shipments average two cords of mill ore, which is treated at the Randolph Mill in Black Hawk.

Editor Frank Hawk, of the Miner’s Register, was at Buchanan, Michigan, where he was enjoying an outing on account of poor health.

Benjamin Collinson of Nevadaville, after an absence of 41 years, left the first of the week on a visit to his home in England.

Messrs. Thomas Potter, Ben Wisehart, and William Aitcheson were appointed to the committee to see about subscriptions for building the new hotel.