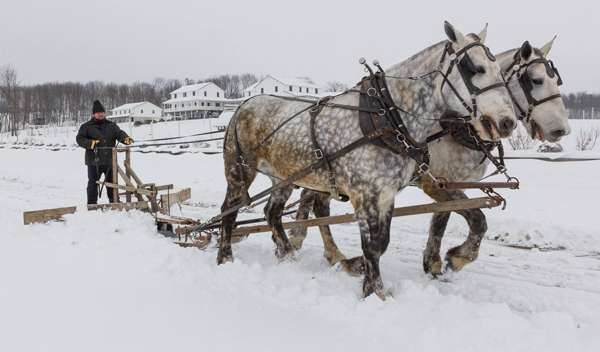 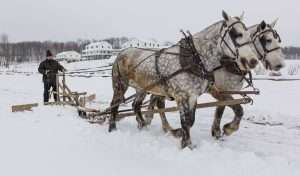 Herb Angle, a resident of mid-county, is the new asset management director of the Colorado Housing and Finance Authority. He has been with CHFA since 1988, and set up a program providing a variety of services for elderly residents who live independently. Before that, he was a director for the American Red Cross.

Viola Laird is in serious condition after having her heart pacemaker replaced. She is being cared for at the Christopher House in Wheat Ridge, where she has lived for years since leaving her native Central City.

Born: Enrique Gerhardus and Barbara Saxton of Sun City, AZ, are the proud parents of their first child, David Enrique. Born February 21st, David weighed in at 8 pounds, and measured 19 ½ inches at birth. He was born at Riverside Community Hospital, in Riverside, CA. Ed and Bev Saxton of Forest Hills are the maternal grandparents, and Ed always has a stack of photos handy these days. Paternal grandparents are Ted and Nancy Foutch, of Wildomar, CA. David’s great-granddad is Elmer Saxton, of Redondo Beach, CA.

Died: Gayle Weeber Worrell, 39, went home to be with the Lord Jesus on March 14. She passed away at Lutheran Medical Center in Wheat Ridge. The oldest child of Marge and the late H.H. “Hank” Weeber, Gayle was born in Yakima, Washington, on May 22, 1951. She married Steven W. Worrell on May 10, 1975, at the home of her uncle and aunt, Jim and Orean Weeber. She attended Robertson Grade School Wilson Jr. High School, and graduated from Eisenhower High School in 1969. She was a 1981 graduate of Red Rocks Community College, studying computer science. Funeral services were held March 18, in Steve and Gayle’s home church, Vineyard Christian Fellowship in Wheat Ridge. It was a worshipful, loving and comforting tribute to Gayle’s walk with Jesus. Graveside services and interment were at Terrace Heights Memorial Park in Yakima, with Pastor David Bishop officiating. Gayle was always cheerful and loving as a wife, mother and friend. Her life was one of service; she contributed time to her church, Bible studies, Christian Women, Girl Scouts and Brownies. She and Steve and their daughter, Heather Michelle, 8, delighted in their Colorado mountain home, where skiing was an important part of their recreation. Her husband and daughter will continue to make their home in Black Hawk. In addition to her husband and daughter, she is survived by her mother, Marge Weeber; her sister and brother-in-law Marsha and Hector Tarango, and their children, Stacy, Sarah, Beth and Brandon; her aunt and uncle, Orean and Jim Weeber, all of Yakima; her brother, Paul, his daughter Megan; her aunt, Ruth Mary Weeber Petersen, all of Federal Way, WA; Steve’s mother, Mildred Sanderson; his sister, Deborah Worrell, both of Spokane; his father, Clarence Worrell; and his brother and sister-in-law Ron and Patsy Worrell and their family, all of California and Colorado. Memorial contributions may be made to the National Kidney Foundation.

There is a dirty, vicious and rotten bunch of propaganda being spread throughout Gilpin County wherein it is stated that the Register-Call will suspend publication next year after having completed its 100 years of publication. This malicious, untruthful statement is more asinine than humorous. For one hundred years the Register-Call has chronicled every important event in Gilpin County and will continue to do so for the next century, and will be in existence as long as the City of Central exists. Apropos of the above, it is stated that after next year there will be only one newspaper in Central City. We do not question that statement, but we do know that the Register-Call will continue to issue its weekly edition for many years in the future.

Arthur Mason returned this week from Wichita, Kansas, where he spent the winter months with relatives. Art says he much prefers the quiet life of Central City rather than the winds and cold weather of Kansas.

Mr. and Mrs. Verner Haynes returned last week from a two months’ vacation with friends in Arizona and California. The opened the Gold Coin Saloon over the weekend and expect to be open for business each day from now on.

Mr. Wm. Ziege was in Boulder Easter Sunday and returned that evening accompanied by Mrs. Ziege, who had been visiting relatives for several days.

Harry Blake, wife and son Otto, accompanied by Miss Ruth Miller, left for Denver on Thursday of last week, where the young man was taken to St. Joseph’s Hospital and operated on that evening for an attack of appendicitis. Latest reports are that he is getting along fine.

Mr. A. M. Fairchild, accompanied by Mrs. Matilda Stroehle, county superintendent of schools, and Miss Florence Fairchild, representing the schools of Gilpin County, left for Denver Sunday afternoon to attend the spelling and oratorical contest of all the schools in the state, which was held on Tuesday last.

Will Hamilton, who is at Mercy Hospital, Denver, recovering from a minor operation, is reported as doing fine.

Died: Miss Oma Marie Nankervis, daughter of Mr. and Mrs. Richard Nankervis of Idaho Springs, died at her home Saturday evening, March 28, and funeral services were held on Wednesday, conducted by Undertaker George L. Hamllik, of this city, interment in Fairmount Cemetery, Denver, with burial services conducted by Hugh L. Lawry, of this city. The young lady was 25 years of age, was born in Nevadaville, and will be well remembered by old time residents.

Died: Pete Larson, a miner working in the Perigo Mins, met his death on Tuesday last while working in a winze, falling a distance of 100 feet, crushing his head and breaking his neck in the fall. He was engaged in opening up a chute, when the ground gave way and he was buried under hundreds of tons of rock and ore. He had been working in the mine for the past three month, was a nephew of the wife of Nels G. Olson, manager of the property, was a single man 36 years of age, and has a sister living in Denver. Coroner George Hamllik decided an inquest was unnecessary, and the body was brought to his undertaking establishment in this city Wednesday afternoon, to be prepared for burial, which will probably take place in Denver on Saturday.

Mr. J.S. Beaman left for Denver the first of the week, on a business and pleasure visit.

Mr. Robert Harris, wife and child, after a couple of days’ visit with his brother, Ed L. Harris and friends in this county, returned to his home in Denver on Wednesday.

Matt Huberty of Nevadaville, left Friday afternoon for Pueblo, to test the curative powers of the springs at that place for his rheumatic troubles.

The biennial grand lodge meetings of the Ancient Order of United Workmen and Degree of Honor will be held in this city next week, commencing April 9th.

During the last week in March, the shipments of smelting, crude ore and concentrates from the Black Hawk depot to the smelters and outside points of treatment were 104 carloads, or 1,924 tons, bringing the total for the month to 306 carloads, or 5,661 tons. In comparison with the corresponding month of last year the shipments for last months showed an increase of 57 carloads, or 1,034 tons.

The new smelter now being built in Golden will be the largest smelter in the state, with a capacity of between 1,200 and 1,500 tons of ore every twenty-four hours. The capacity at the start will be 300 tons daily with one furnace, the number to be added as necessary. Over 5,000 tons of ore have already been received, and daily shipments are continuing from all sections of the state. Dr. F.R. Carpenter is the general manager, who has over 100 men employed, and is rushing work as rapidly as possible to get the smelter in operation.

The Gregory Second Mine was turning out over 300 ounces of gold every week.

General Marshall, of Georgetown, was a visitor to Central during the week.

In Black Hawk, Mr. A.C. Henderson, father of E.W. Henderson, walked to the polls in the third ward and cast his 63rd annual vote, he being in his 84th year, and had the honor of being the oldest voter in Colorado. 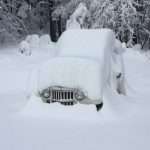 Gilpin appreciates all the snow plowing crews!
Next Article 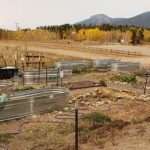