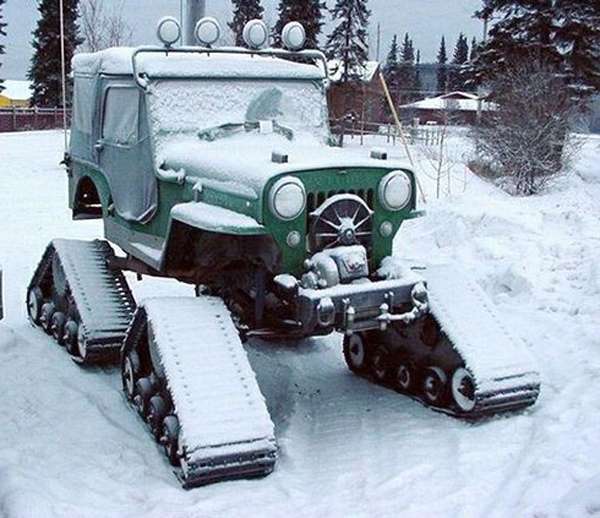 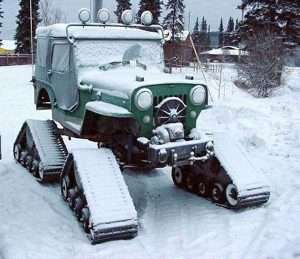 Making good on last year’s promise to make a donation to the Gilpin County Mine Rescue Team, District Attorney Don Mielke presented a $10,000 check to Van Cullar, who heads up the team. Although mine rescue members knew Mielke’s office planned on making a donation, the amount clearly surprised them. The team last year recovered the bodies of Luke Clyburn and John McDaniel from an inactive mine shaft near Central City at the request of Mielke’s investigators, who had been working on the double homicide for nine years. It was during that operation that the investigators became aware of the rescue team’s critical need for more safety equipment.

Congratulations are in order for Gilpin County School, which recently won the sportsmanship award from the western division of the Union Pacific League. The trophy will be on display in the school trophy case this year, and if Gilpin wins again next year, the school gets to keep the travelling trophy permanently. School officials are proud of Gilpin fans, players and especially the cheerleaders, who set the tone for participation.

Get well wishes to Tess Terpening, who’s in the hospital for a while.

Mrs. Wm. Landau was in Denver over the weekend to visit Mr. Landau at Columbine Nursing Home. On Sunday two of his brothers and their wives drove from Oberlin, Kansas, to spend the day with Mr. Landau.

Mrs. Otto O. Blake was brought home from the hospital last Sunday and is getting better day by day.

A “Thank You” to Morris Steen, who took time at the end of a busy work day to remove the accumulated ice and snow from the street in front of the Post Office and Corner Grocery.

Mrs. Lettie Gray drove to Boulder to attend the White Shrine meeting Friday evening and to visit her son and his family over the weekend.

Died: The people of Gilpin County were saddened to learn of the death of Mrs. Ana Gates, who died Sunday at Porter’s Hospital in Denver, where she had been receiving treatment for the past month. She was 56 years of age. She was born in Pueblo, Colorado, and lived there until her marriage in 1928 to Pancho Gates. The couple came to Black Hawk in 1933 and have made it their residence since that time. She is survived by her husband, Pancho, of Black Hawk, and two brothers, George and Charles Lash, of Denver, to whom the sympathies of the community are extended. Private funeral services were held from the Tomford Mortuary in Idaho Springs, Wednesday morning, with interment later in the Dory Hill Cemetery.

Our idea of an altruist is a congressman spending other people’s money where it will produce the most votes for the congressman.

Halsey Rhoads was seriously injured on Wednesday evening of last week, by being run down by an automobile driven by Ralph Freese, as he was crossing Seventeenth Avenue and Adams Street. Rhoads had been visiting friends on Adams Street and was run down while on his way to a streetcar. He was taken to Mercy Hospital suffering from shock and a compound fracture of his right leg. Mr. Rhoads is one of the oldest newspaper men in Colorado, and at present is publisher of the Rocky Mountain Mirror, in Denver. Sixty years ago he was employed on the Miner’s Register, in this city. He is 84 years of age, and latest reports are that he is getting along fine, and will recover from his injuries in good shape.

Miss Jewel Fairchild came over from Greeley on Sunday, to spend her spring vacation with the folks at home.

The Ladies of the M.E. Church will hold a social and entertainment at the church this Friday evening, and ask the public to attend. Refreshments will be served, and the proceeds will be for the benefit of the church.

A carload of concentrates from the Chain-O-Mines mill at Central was shipped from the depot here in Black Hawk to the smelters at Leadville for treatment.

Joe Powell and wife, of Erie, Colorado, who have been visiting Mr. and Mrs. Ed. C. Hughes, in Black Hawk, returned home the first of the week.

Mr. and Mrs. A.G. Chamberlain, of Idaho Springs were the guests of Mr. and Mrs. Hugo Kruse last Friday, and attended the dance given at the Teller House that evening.

The new hoister on the Old Town Mine was connected and started up for the first time on Tuesday, and Manager George Kimball said it was running in first class order. The engine is rated between 40 and 50 horsepower. Sinking the main shaft is being carried on with three shifts, and a depth of 400 feet has been reached, which will be continued for another 200 feet. The east 100-foot level is being extended and some concentrating ore is being stopped out, which will be sent to the Idaho Springs mills for treatment. The property is being operated by L. Mather and George Kimball Jr.

At the Lillian Mine in Russell District, the shaft is being cleaned out and retimbered preparatory to commence sinking on a lift of 100 feet, which is expected to open up a big body of ore, if the developments in the levels above can be taken as an indication, as it is a well-known fact that good ore has been opened up and taken out of them. Stoping is being carried on and some concentrating ore is being taken out and shipped to the mills for treatment.

The body of C.M. McNerny, who lost his life through suffocation in the Mole Pole Tunnel at Apex, on March 6th, was shipped to Chicopee Falls, Massachusetts, for burial, on Saturday last.

Married: In Cheyenne, Wyoming, March 18th, 1901, James Thomas and Mrs. Louis A. Eddy, both of Nevadaville.

Died: Frank Passera, of Russell Gulch, was killed in the Knickerbocker Tunnel on Friday night last. He was working in a raise, when a rock dropped out of the wall, striking him fairly on the head, killing him instantly. He was 30 years of age and unmarried. His funeral occurred on Sunday, under the auspices of the S.C.T.I. Society, of which he was a member.

A grand ball was given on Friday evening by the Irish Benevolent Association of Colorado, and among the committees having the matter in charge we notice the names of J.W. Ganley, P. McLaighlin, Thomas Burke, T.F. McCloskey, John Leonard, M. Floyd, M. J. Kinley, P. Leyden, and W.H. Kennedy, of this city, Michael Sullivan and Thomas Kelley of Black Hawk; Phillip Gleason ad James Noonan of Nevadaville; Patrick McCann and George Dee, of Georgetown; and M. Gorman and Ed. Cudahy, of Grand Island.

Tunis and Hotchkiss were hoisting ore from the Turck claim on the Casto Mine on Winnebago Hill, that was running 10 ounces gold to the cord in the stamp mill.

The Republican convention met at Washington Hall, better known as the district court room, on Saturday evening, to nominate candidates for the city election, when there were between 300 and 400 present. In the preliminary proceedings H.M. Teller was elected chairman, D.C. Collier secretary, A.N. Rogers was nominated for mayor, and Frank C. Young for treasurer. The convention was proceeding to ballot for street commissioner, when the floor over the clerk and recorder’s office gave way, carrying with it not less than 200 people. One half of the floor that fell went down nearly level with the desks and railing in the recorder’s office, the other half held at one end, folding as a door. Before a single man could get out, a fire started in the center of the struggling men, caused by a lamp on the chairman’s table being upset. Messrs. Teller and Collier, assisted by Mr. T.H. Potter, attempted to smother the flames with matting, but failing in that, took off their hats and coats and whipped and smothered out the flames. George Brewer got another lamp from under the fallen floor, and when light was obtained, everybody was able to get out, only a few suffering from cuts and bruises. It was a mighty but still a fortunate accident, inasmuch as no lives were lost, or anyone seriously injured.

Mrs. Ed. C. Hughes had returned to Black Hawk after an extended visit with her parents in the valley. 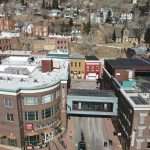 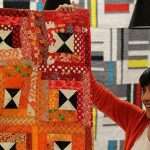