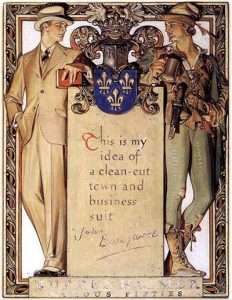 A recent study in Gilpin and Clear Creek Counties to determine if people are suffering from high levels of lead, arsenic, or cadmium in the blood has shown “no cause for serious concern,” according to Linda Metzger, Colorado Health Department coordinator for the study. Of the 197 people tested, 5 in Gilpin and 13 in Clear Creek had slightly elevated levels of lead in their blood stream. All are being contacted by the health department with suggestions on how to limit their exposure to lead. Tap water samples from each household in the study were tested also. All were deemed safe. Study participants with questions about their own results can call Linda Metzger or Dr. Gina Terraciano and Dr. Michael Wilson. They also can provide information to anyone intereste in results of the study. A final report will be ready this spring.

Ken Staruk and David Spellman asked Central City to consider abandoning Leavitt Street. It begins at the old bridge that crosses the flume between Gregory and Lawrence at the site of the Buell Mill ruins, which the two men own. The bridge is dilapidated and could pose a liability to both the city and adjacent property owners, Staruk pointed out. Council will consult with the city attorney before deciding what to do.

Born: Dwight and Kaen Ross, of Mesa, CO, are the proud parents of a son, Brandon Matthew, born on December 17th, 1990, at Community Hospital in Grand Junction. Brandon is 8 pounds, and measures 21 inches. His paternal grandparents are Wade and Maxine Ross, of Dory Lakes. Maternal grandmother Mary Green and great-grandmother Ester Anderson both live in Denver.

Died: Guida Burgan, 1908-1990. Central City resident Guida Burgan died December 2nd, 1990, at her home in Truth or Consequences, New Mexico. A retired music teacher, Burgan was born in Wichita, Kansas, on August 3rd, 1908. During World War II, she worked for Beechcraft, a government contractor. After the war, Burgan earned a Master of Arts degree in music from the University of Kansas. She later earned a master’s in creative writing from the University of the Americas in Mexico City. She lived for a time in Guatemala, and taught English to doctors and lawyers as an employee of the U.S. Government. In 1974, she founded a center for handicapped and disabled adults in Truth or Consequences. She served as director of the Los Amiguitos Center until illness forced her retirement several years ago. During her years in Central City, Burgan shared a Lawrence Street house with Desi Wilcoxson. “She was a wonderful person,” said Wilcoxson of her longtime friend. Cremation arrangements were handled by a Truth or Consequences mortuary.

Across the Crossroads, by A.F. Mayham: The Stockman’s Ball this year was held in the Hilton. The crowd was about the usual and the dance music was so blatant and raucous that it could stand a lot of the soft pedal. Sponsored by the Denver Chamber of Commerce, stockmen didn’t have much to do with it as far as discernable, but it was a gala affair. The young folks enjoyed the style of music, if that is what is called jazz, a little fast for the old cowhands.

Mrs. Elbert Lawry returned Saturday from Portland, Oregon, where she spent four months with her daughter and family.

Duke Nelson and family, who have been on vacation for the past several months in Grand Forks, ND, have returned and Duke is again presiding at the organ and piano at the Grubstake Inn.

Died: Funeral services were held Wednesday for Mrs. Alice Floyd, who died Sunday at Presbyterian Hospital in Denver. She was 81 years of age. She was born in Caribou, Colorado, and was educated in the Central City schools. She was married to Joseph Floyd in 1899, when her husband was the assistant manager at the New York stores, these clothing and dry goods stores being occupied in the three stores in the Harris Block on Main Street. In 1919 they moved to Burlington, Colorado, where Mr. Floyd was the manager until 1935, when he retired, and the couple moved to Denver. She is survived by her husband; a sister, Mrs. Ann Simpson Williams, of Seattle; and a brother, Matthew Stephens, of Livingstone, Montana.

Mr. Wilfred Fullerton, vice president of the First National Bank of this city, came up from Denver Tuesday morning to attend a stockholder’s meeting of the bank held that afternoon, returning home after the meeting.

Mrs. Edna Nelson, and husband, and Ms. R.A. Bass came up from Denver Monday morning, on business matters, returning during the afternoon.

Mrs. J.M. Thomas, of this city, has been confined to her home for the past three weeks, suffering from a severe cold.

Mrs. Charles Frost and son Arthur, of this city, returned Tuesday from their trip to Boston and vicinity, on a visit with her daughter and family, and to her relatives. They left here in the early part of December, and made the round trip by auto. Arthur said, in going, he made the distance 2,370 miles in 4 ½ days, and on the round trip he never had a puncture.

Miss Ida Kruse, of Gregory Point, who had been on the sick list with la Grippe, is reported as much better.

Vash Henderson and wife left on Saturday for Aspen, Colorado, where they will make their future home.

A new set of flues have been placed in the boiler at the Old Town Mine in Russell District, and three shifts are sinking the shaft, making three feet per day. The vein in the bottom of the shaft measures from 4 to 5 feet in width, of concentrating ore, and the las shipment of 35 tons, treated at the concentrating plant at Idaho Springs returned $24 to the ton.

The water in the West Notaway Mine has been lowered to the 444-foot level, where it is being held for the present on account of the scarcity of coal for the boiler, cord wood being used on account of the shortage. Superintendent Pool says drifting is being carried on in the 364 level, and considerable concentrating and smelting ore is taken out daily, the former is being sent to Idaho Springs for concentration, and the latter to the smelting works.

William Griffith, arrived from northern Missouri on Monday last, to attend the funeral of his brother.

Died: Richard Griffith, brother of Mitch Griffith, of this city, was killed on Saturday while working in the Smuggler-Union Mine at Telluride, Colorado, by falling down a manhole, a distance of 250 feet. His remains were brought to this city Monday morning, and the funeral was held Tuesday morning. He was 40 years of age, was single, and besides his brother here, he leaves three sisters and two brothers in the east.

Died: James Branch, a miner residing in Packard Gulch, and working in the Puzzle Mine, was killed on Saturday by falling from the bucket in which he was being brought to the surface, to the bottom of the shaft, a distance of 125 feet. He and Anton Steneck were riding up on the rim of the bucket, and about 20 to 30 feet above the 200-foot level, a rock came out from the side of the shaft and struck him on the head and knocked him from the bucket. Steneck was also struck by the rock, but managed to catch hold of a timber and saved himself from falling down the shaft. Branch was the youngest son of Mr. and Mrs. George Branch, was born in this city, and was 18 years old.

Ben Holstein, who had been east on a business trip, returned to Central the first of the week. He was one of the snow-bound passengers on the Kansas Pacific railroad, being 12 days on the trip.

Mr. Fred E. Conant had opened a dry goods and clothing store in Black Hawk, and Mr. E.C. Beach was in charge of the dry goods department.

Wednesday’s issue stated that there were 73 stamp mills in Gilpin County, with a total of 1,473 stamps, and the total product of retort gold for the year was estimated at $1,800,000.

A new discovery had been made on the Fletcher Lode on the Bergen Ranch, which assayed $183 in silver, with 25 per cent lead.

Messrs. Rogers, Tappan and Reynolds, the citizens’ committee appointed to ascertain the cost of putting in water works for the city, reported to a mass meeting on Thursday night, and were retained in order to confer with the city council.

Mr. J.V. Dexter returned from a hunting trip to Estes Park, and reported plenty of game in he several parks in that vicinity.

The Langrishe Stock Company were playing to big houses at the Montana Theatre in this city, in such favorite plays as Rip Van Winkle, Frou-Fou, The Drunkard, Hidden Hand and others. A special engagement of Miss Sallie Hinckley and George W. Thompson was noted.

END_OF_DOCUMENT_TOKEN_TO_BE_REPLACED

ShareTweetShare on Google+Pin on PinterestSend with WhatsApp
63 recommended

END_OF_DOCUMENT_TOKEN_TO_BE_REPLACED

Where the dead get to tell their story By Jaclyn Schrock On Saturday, August 21, the Gilpin Historical Society held their annual Cemetery Crawl. Tickets allowed the shuttle of hundreds of guests from the Teller House parking lot to the Cemetery. Depending on v... END_OF_DOCUMENT_TOKEN_TO_BE_REPLACED