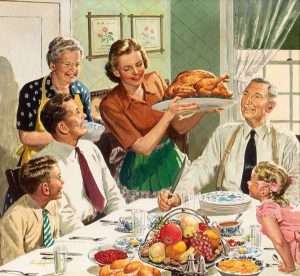 Author Sandra Dallas gave an autographed copy of her now out-of-print book Gaslights and Gingerbread to Robbi Brooks, who held the winning ticket from Saturday’s raffle, sponsored by the Historical Society. The raffle was one of the many events highlighting this year’s Wintershire Festival, and the Historical Society raised about $600 through the raffle—not bad, considering the tickets cost only $1. Wintershire provided entertainment for everyone, featuring everything from crafts bazaars and bake sales to a Victorian fashion show, classical music concerts to singing children on parade. And, of course, Santa was on hand for the kids. The Lace House in Black Hawk was open for guided tours, decorated with an abundance of Christmas lights—a spectacular sight at night. Spectators had the pleasure of viewing Sid Squibb’s collection of dolls and toys, on display during Wintershire at the Lace House.

Patsy Ellis was hoping to be out of the hospital today. Friends wishing to send cards may send them care of Heritage West. They’ll see she gets them.

Herb Bowles is recuperating at home after a short visit to the hospital for a heart problem.

An interesting item spotted in last week’s Clear Creek Courant, the paper that’s just over the hill, reported that there’s a plan to institute a shuttle between Idaho Springs and Central City when gambling comes to town next fall. Plans are for a 15-passenger bus to carry people over the hill—up Virginia Canyon—and then back again later. The private business venture is being pulled together by Idaho Springs City Administrator Lynnette Parker, City Attorney David Kanigel, and Clear Creek County Planner Bert Weaver. The group has already filed for a license with The Public Utilities Commission, Weaver said Saturday. Our thanks to the Courant for this bit of info.

Born: Greg and Georgina Swartz are the parents of a son, John Paul, born October 3rd, 1990, at St. Joseph’s Hospital in Denver. John weighed in at 8 pounds, 5 ounces, and joins brothers Hugo, Austin, and Michael, and sister Stella at the family home. Paternal grandparents are Austin and Pat Swartz, of Maui, and great-grandfather Keith Swartz, of Bradenton, Florida. Maternal grandparents are Higo and Emma Jorgensen, and great-grandfather Remberto Ferrufino, who lives in Bolivia.

Across the Crossroads, by A.F. Mayham: The beer and cheese diet sort of slumped after the sun traveled a little farther south, and the sidewalks cooled off. Now we have the pumpkin pie and coffee diet and, on some occasions, ginger ale highballs and vodka interspersed with gin rickles. For older people all there is left in life is fun so they take advantage of the blessings imposed. Anyway, ginger ale is said to be good for the stomach if you have one of those things. Older people feel the cold more than the young fry and need to have the cockles of their heart and arteries warmed. Nature provides everything we need and, if not abused, will help us stick out the four score and ten, but what for, the bitter end for some is still sweet and for others just a prolongation of a wish for the fountain of youth where joys never cease and they can once again adopt the diet of former years, the days when all his limbs were lithe and limber but his judgement was poor. There’s nothing like experience as a teacher whether it be a battle with a rattlesnake or the adder that lingers in the cup that cheers, or a fellow man overflowing with the evil spirit to do his buddy a mean trick. But, as this is the season for Good Will and forgetting a wrong until the season is passed and then start where one left off before the season began, we can turn to crooking the elbow and do honor to Bacchus, the God of Wine, so let joy be unrefined until we get religion back in the churches and statesmen in Washington. Cheese always reminds one of that religious son “Blest be the tie that binds.”

Married: Miss Carol Smith and Mr. Andrew Erickson were married last week in Denver. Both young people will be well remembered by present residents, as they attended both grade and high school here. “Andy” is the only son of the past Mrs. Gladys Erickson, who was the primary teacher here for several years.

Died: Word received here Tuesday morning stated that Mr. Fred Shaw had died the previous day in Boulder, at the age of 82 years. He was the father of Mrs. Fred Thomas, of Boulder, and he had been quite ill for the past several months.

Died: Word received the first of the week from Frederick E. Browne, of Pasadena, California, stated that Mrs. Mary Paul, of that city, had died at the age of 79 years. She was born in Central City and was the widow of Russell B. Paul. Her maiden name was Mary or Madge Gilmour, and she has been a resident of California for the past forty years. She is survived by two sons, Lee G. Paul, of Pasadena, California, and Henry J. Paul of Cheyenne, Wyoming.

The “hit and run” motorist never boasts about his batting average.

Mr. and Mrs. Amos B. Clark and son Amos, Jr., who spent Thanksgiving with her parents, Mr. and Mrs. G.M. Laird, returned to their Denver home Sunday afternoon.

John C. Jenkins was up from Denver during the week, looking after his business interests.

Miss Leona Davey, who recently graduated from Beth El Hospital at Colorado Springs, and who had been visiting her mother and brother here, was summoned back to the hospital on Saturday, to help out in the rush of patients suffering from pneumonia and colds.

A letter received a few days ago from Robert S. Haight, locates him and his wife at Elsinore, California, where they are enjoying themselves in the mix of sunshine and flowers.

Mr. and Mrs. Ralph Chase retuned on Tuesday last from their trip east, visiting with relatives.

During the month of November there was shipped from the Black Hawk depot of the Colorado & Southern Railroad a total of 313 carloads of ore and tailings, aggregating 5,780 tons. In comparison with the corresponding month of last year, last month’s shipments show a gain of 24 carloads, or 426 tons.

The work of repairing the shaft on the California Mine on Quartz Hill was commenced on Monday last, and unwatering the same is expected to commence in another week. The water in the shaft is standing at the 1,600-foot level.

Sinking the shaft on the O’Neill Mine on Gregory Mountain, is being carried on with two shifts, and the shaft is down about 470 feet. Drifting is being carried on in the 338-foot west level to connect with the Bobtail Tunnel, for ventilation purposes. Stoping is also being carried on in this level, and the ore body has been opened up as wide as five feet in many places. No effort is being made on production, the ore broken being left on the stulls, but enough is being taken out daily to keep two batteries of stamps dropping in the Randolph mill in Black Hawk, which is returning good results on the plates, and the tailings carrying better than the average values. The working core consists of 40 men, and it is the intention of the company to sink the shaft several hundred feet deeper during the winter months. Mr. HC. Eastman is in charge for the Ontario-Colorado Mining Company.

Born: In Nevadaville, December 3rd, 1900, to the wife of Thomas Eddy, a daughter.

Mr. Job V. Kimber had purchased the interest of Fred Conant in the 15-stamp mill in Black Hawk, and was running on the ore from the Suderberg and Prize Mines.

Samuel Mishler, George Lyttle, and other had just returned from a hunt up on the Big Thompson River, and brought back a number of deer and considerable small game.

Rev. Thompson, the new pastor of the Black Hawk Presbyterian Church, had returned from the east.

A fire Saturday night destroyed the shaft house and building on the Coaly and Gilpin Mines in Silver Gulch below Black Hawk, with a loss of over $1,000.

John Best had just received the finest show case ever seen in Central City, and the citizens were asked to call and take a pinch of snuff with him.

Mr. Myers, president of the Franklyn Mining Company, who had been east on business matters, returned by coach the first of the week.

Mr. Kirsig, the gunsmith on Lawrence Street in this city, went hunting on Sunday at Hackett’s Ranch, about 18 miles from Central, and came up with a bear, which he shot once and then tried to shin up a tree, with the bear after him. He was pulled from the tree and, not having his gun, had to use his hunting knife, which he plunged into the bear a number of times. His dog attacked the bear and, finally, Kirsig made his escape. The next day, a party went out and found the bear, a big cinnamon, dead, the shot and knife cuts having done their work.

END_OF_DOCUMENT_TOKEN_TO_BE_REPLACED

Where the dead get to tell their story By Jaclyn Schrock On Saturday, August 21, the Gilpin Historical Society held their annual Cemetery Crawl. Tickets allowed the shuttle of hundreds of guests from the Teller House parking lot to the Cemetery. Depending on v... END_OF_DOCUMENT_TOKEN_TO_BE_REPLACED

Benefitting the county, schools, and much more By Don Ireland   This year marks the 30th anniversary of casinos opening in the former little mining towns of Black Hawk, Central City and Cripple Creek, Colorado. In those early years, smoking was allowed inside ... END_OF_DOCUMENT_TOKEN_TO_BE_REPLACED