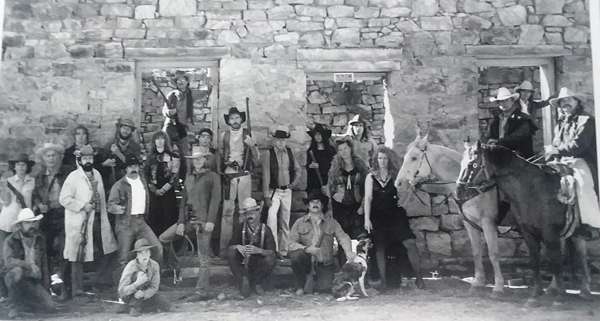 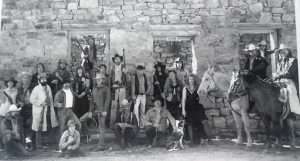 By the time the polls closed on Tuesday night, the Gold Coin Saloon and the Black Forest Inn were packed with folks anxiously following the progress of Amendment 4. Locals, herds of television cameramen, downstream newspaper reporters and other interested observers were all caught up in the festive atmosphere. The mood was fueled by early returns indicated that the limited gambling proposal was favored by slightly more than half of Colorado voters. It became more and more giddy as more and more precincts reported favorable results. By 9:30 it was all over but the shouting—and that had just begun. Champagne corks flew at the Coin, and the crowd toasted what many see as the new prosperity for Gilpin County. “The boom is back!” heralded one banner. Even while the change was being toasted, a few voiced the fear that perhaps all the changes would not be for the better. As the camera crews packed up to leave and the crowd thinned, one local said, “Look around you. How many faces do you recognize?” And, indeed, by that time roughly half the celebrants were obviously not who you’d expect to encounter on a November night in Central City. Not only were their faces unfamiliar, many were dressed in styles perhaps more amenable to wheeling and dealing in metropolitan social circles. “Live here!” exclaimed one fellow who recently bought three properties in Black Hawk’s commercial district—the sale contingent on passage of Amendment 4. “I own half of Black Hawk!”

Letter to the Editor: A lot of people get The Little Kingdom Come, but it seems that not everybody “gets it.” Take our article about the Register-Call v. Advocate plagiarism thing. Please. It appears that both papers—and many readers—took it seriously. It was supposed to be just a joke, but one paper is damning us, and the other is thanking us. Both, in our view, are wrong. We would like to make this clear: The lawsuit between the two papers is real. And serious. The LKC is neither—and we are not taking sides. Sincerely, Lew Cady, Editor, The Little Kingdom Come.

The cabin owned by Jerry Addyman in Missouri Gulch was totally destroyed by fire Sunday afternoon, caused by two young brothers, aged 12 and 14 years, of Black Hawk, who were hunting rabbits in that vicinity and entered the cabin to get warm. They started a fire in the stove with gasoline, which exploded, and the cabin was soon in flames. Sheriff Tom Collins was notified by Mrs. Nadine Snyder, she thinking it was a forest fire, and the Sheriff soon arrived at the spot found that nothing could be done to save the building.

Died: Gilpin County was saddened Sunday by the news that William (Billy) Hamilton had died that day at St. Joseph’s Hospital in Denver, where he had been taken several days before suffering from a stroke. He was 82 years of age. He was born in Ireland and came to this country and Gilpin County in 1902, where he entered the employ of Peter McFarlane at Black Hawk, holding a responsible position with that company until the death of Mr. McFarlane, after which was an employee of the Central City Opera House Association until he returned in 1956. He was considered the best millright in this part of the state and the numerous mills in Colorado attested to his ability. “Billy” was proud that he was a son of the “Ould Sod” and was one of the most beloved figures in Gilpin County. He was proud of his reputation as “the biggest liar in Colorado” and even wore his liar’s badge on every occasion. He had friends in every part of the world, as was attested to by his huge volumes of letters and clippings received from friends from every point of the compass. He will be sadly missed, as it was a tonic to talk with him and listen to his imaginary tales of years gone by. He is survived by his wife, Mary, of this city, and a nephew, James Chase, of Golden, Colorado. Funeral services were held Wednesday morning at the Catholic Church of this city, with interment in Mount Olivet Cemetery. The Rosary was recited at the Tomford Mortuary at Idaho Springs.

Mrs. Robert C. Johnson, who had been visiting her daughter, Mrs. Lukes and family in Denver, returned home on Sunday morning.

Reuben J. Morse, of Denver, accompanied by Mrs. E.P. Honaker, took advantage of the pleasant Indian summer weather, and motored up Sunday morning, visiting his old hometown of Nevadaville, the “Gory Hole” on Quartz Hill, and with friends in this city, returning home by way of Boulder.

William Mark Muchow, president of the Chain O’ Mines Company, arrived from Evanston, Illinois on Monday, to see how work was progressing in the mines on Quartz Hill, and the mill of the company in this city.

How to Make Almond Sandwiches, by Nellie Maxwell: Mash one-half off a package off cream cheese with a tablespoonful of lemon juice, adding more if needed to give the right consistency and flavor. Now add one-eighth of a pound of ground almonds. Spread on buttered slices of white bread, cut into diamond-shaped pieces. Put three small pieces of candied orange peel down the center of each sandwich.

William Quiller was carrying his right hand in a sling as a result of coming in contact with a hook last Wednesday, while taking down a heavy piece of beef.

The West Notaway Mining Company is working two shifts on its West Notaway Mine, the work being confined to the 300 and 350 west levels, while leasers are working in the east levels. A large quantity of milling and smelting ore is being hoisted, and this week several wagonloads of smelting ore was sent to the sampling works at Back Hawk. The last lot of milling ore was sent to Idaho Springs for treatment by concentration, and the returns were much better than those received from the stamp mill process, and another lot is being prepared for shipment over to Idaho Springs. Frank Pool is looking after the property for eastern operators.

Married: In Central City, November 15th, 1900, at the residence of the bride’s parents Rev. A. McKay officiating, Mr. Herrick McLeod of Victor, Colorado and Miss Louise Ontis, of this city.

Married: A marriage license was issued by the county clerk on Wednesday to Charles H. Karns, of this city, and Miss Mamie F. Tapscott, of Spencer, Gunnison County.

Died: A telegram was received by Ed. L. Harris, of this city, Friday noon, announcing the death, at Butte, Montana, that morning, of W.J. Liddecoate. He was born in Mountain City, was 29 years of age, had been an assistant with Ed. L. Harris for over 10 years, and left here last spring to take a similar position with Undertaker Joseph Richards, of Butte. His remains were brought to Denver, with interment in Fairmount Cemetery.

Master Eddie Rogers, a schoolboy, dislocated his arm at the elbow by falling off a “teeter” board. Professor Hale, the teacher, reduced the dislocation without trouble.

Dick Mackey, while on a spree on Sunday evening, walked into the saloon of Mr. McLaughlin’s in Nevadaville, and shot Charles Laughrey through the heart, killing him instantly. Laughrey was sitting at a table with his head resting on his arms, apparently asleep, and when he turned to face Mackey, the latter said he had made a mistake, he had shot the wrong man. Mackey was arrested, and at the coroner’s inquest the jury found that Laughrey came to his death from a pistol shot fired by the hand of Richard Mackey, without malice or forethought. The jury was composed of J.W. Ratliff, foreman, Henry Haskins, W.F. Finley, A.F. Hoppe, Andrew Lyons and John D. Murray.

Judge James Belford ordered the recalling of the grand jury, for the purpose of considering the murder case of Sunday night.

Mr. B.C. Waterman had shipped a five-ton lot of first-class smelting ore from the Flack Mine, to Swansea, Wales, for treatment. 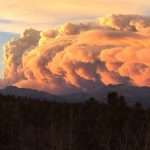 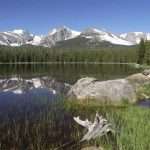