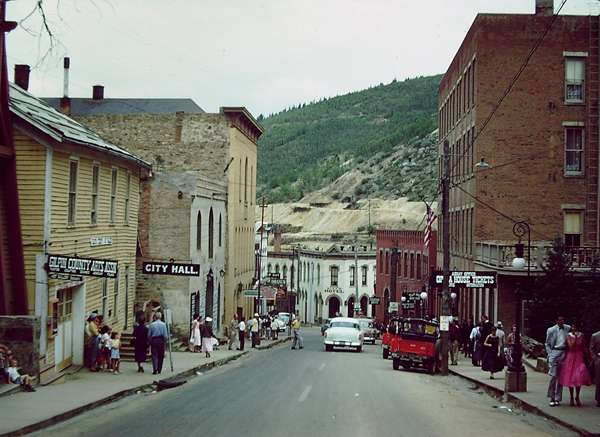 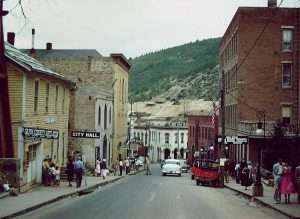 The Denver Museum of Natural History has acquired what could be the largest gold nugget found in Colorado in over 50 years. The nugget is an inch-and-a-half long, three inches wide, and weighs nearly eight troy-ounces—the equivalent of 8.6 ounces. “This is the largest gold nugget known from Colorado,” said Jack Murphy, the museum’s curator of geology. “By Colorado standards, it’s huge.” Most nuggets from Colorado are small—pea size or smaller—because they have travelled long distances in streams or glacial deposits, Murphy explained. The nugget was found this summer west of Alma on the alpine slopes of Pennsylvania at the site of the old Bulger Basin Placer Claim. The largest known nugget, weighing 12 troy ounces and measuring three inches by two inches, was found at the same site in 1937. It is also at the museum. Discovery of the newest nugget will contribute greatly to research on the deposit’s origin, said Murphy. The nugget was named the “turtle nugget” by the miners who found it because of its flat shape. A new endowment fund created for the purchase of mineral acquisitions for the Coors Mineral Hall made it possible to keep the nugget in Colorado. The fund came from a Philadelphia couple who willed a major part of their estate to the museum. This is the first use of the fund.

Election Day in Gilpin County was characterized by four inches of snow and temperatures near the zero mark. It was hoped that everyone who had registered would be at the polls and vote, as 718 were on the books from the three precincts. However, due to the inclement weather, only 538 votes were cast, so we don’t really know what happened to the other 180.

Wm. (Billy) Hamilton was taken to St. Joseph’s Hospital in Denver Sunday evening, suffering from a heart attack. Latest reports are that his condition is quite serious.

Mrs. Lillian Hunn, accompanied by friends, came up from Denver Tuesday morning so Lillie could cast her vote.

Services were held from the Ollinger Mortuary in Denver, Monday, for Mrs. Jane E. Odgers, aged about 90 years. She will be well remembered by many old-timers when a resident here, and her late husband operated a blacksmith shop under the title of Downs & Odgers. She is survived by a daughter, Ethel, and a sister, Mrs. Kate Bate and several nieces and nephews. Interment was in Fairmount Cemetery.

Wilford Fritz and wife, accompanied by Frank Eccker and wife, left for Denver Sunday morning for an outing, returning home that evening.

Clarence Stroehle came over from Boulder on Tuesday, to cast his ballot in his hometown.

Otto Blake loaded two carloads of concentrates and two carloads of slag from the smelter at the Evergreen Mine at Apex, at the depot during the week, for shipment to the copper smelter at Garfield, Utah. The total weight was in the neighborhood of 100 tons.

The Chain O’ Mines Company shipped a carload of concentrates from the mill at Central City to the smelter at Leadville, for treatment.

How to Make Whey Sherbet, by Nellie Maxwell: Take one quart of whey, the juice of one lemon, one tablespoonful of gelatin dissolved in one-fourth of a cupful of cold water, one and one-fourth cupfuls of sugar, one cupful of crushed pineapple or cherries, berries or orange juice. Mix and freeze as usual, adding the fruit when the mixture is partly frozen. When used in bread-making, instead of water or milk, scald it always to insure the bread from souring. Whey should be scalded if kept for a day or two, then it may be served in any way desired.

Theodore Olsen and family have moved into their new residence on East Fourth High Street.

Mrs. H.L. Grenfell came up to Black Hawk on Election Day to cast her ballot, and was the guest of Professor Mathews and wife.

Mr. Ed. I. Grenfell, the good looking and well-dressed auditor of the Colorado & Southern Railroad, came up from Denver Tuesday morning to cast his ballot in the Black Hawk precinct.

Herbert Bowden, mine foreman at the O’Neill Mine, on Gregory Mountain, is again back to work, after a lay-off on account of a sore throat and bad cold.

Sinking will be finished this week at the National Mine, on the east slope of Quartz Hill, on the contact for 100 feet, which will make the shaft about 500 feet deep. Superintendent Sherman Harris said they have a 10-inch streak of smelting ore in the shaft carrying values of $60 per ton, besides a good body of mill ore, from which shipments are being made to the mills in Black Hawk.

The first ten years production of the mines in Cripple Creek show an output of more than $95 million dollars.

Died: John Flood, a well-known mill man of Gilpin County, died at Ouray, Thursday last, and was buried in Denver.

John Best and Frank C. Young, who had been east on business matters and a visit, returned to Central on Monday’s stage.

J.W. Nesmith had bought into the drug store in Black Hawk with H.M. Orahood.

It took just 48 hours for the daily mail to reach Denver from St. Louis, which was a big improvement over former days, when stagecoaches and ox teams were the motive power.

A three-ton lot of ore from the east end of the Coaley Mine, below Black Hawk, taken out by Mr. Teats’ sons, assayed between 600- and 700-ounces silver, at the Hill smelter in Black Hawk.

The receipts of the Denver post office for stamps and money orders, amounted to $1,800 per week, and box rents amounted to $3,000 per annum. 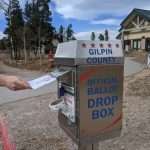 Is my mail-in ballot safe?
Next Article 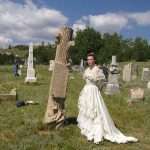