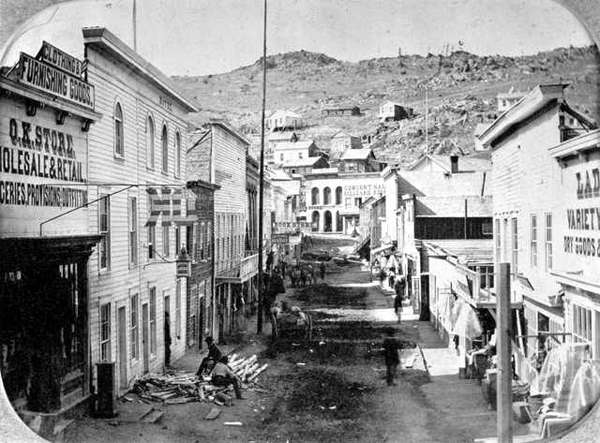 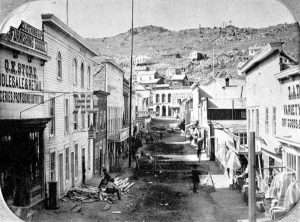 The World Trade Center in Denver was the setting for the preview party for the 7th Annual Taste of Colorado Festival. The focal point of the party was a buffet table loaded with samplings from a few of the 55 restaurants scheduled to participate in the festival this weekend. Offerings ranged from Haagen-Daz ice cream to barbecue from Luther’s to British “bangers” in a mesquite-flavored sauce. Central City is one of the featured cities at this weekend’s festival at Civic Center Park, across from Denver’s City and County Building at Colfax and Bannock. As Friday’s featured town, Central City will have a display booth in the heart of the festival, and is mentioned in all festival media releases. The purpose of the booth is to promote the city’s special features and attractions, and Central City Public Relations Coordinator Pat Wendleton has organized a small army of volunteers to work the booth from 11a.m.-11p.m. They’ll be in Victorian costumes, and will hand out brochures and answer questions about the Richest Square Mile on Earth.

Insects are predicting an early winter, according to a CSU entomologist. Various bugs are heading indoors, looking for a warm, snug place to spend the winter, an indication that winter is just around the corner, and that it will be a long, cold season. Heck, local barflies have been saying the very same thing. The annual snow prediction pool at the Glory Hole Saloon is already full for September.

Across the Crossroads, by A. F. Mayham: As the old saw goes “you never know what you’re going to meet when you haven’t got a gun.” Other day Uncle Ed met some old friends: Harold Anderson your insurance man and Charley Gresser from Idaho Springs, and along came Mrs. Bill Marshall. Ed hadn’t seen her in 14 years. And Bonnie St. Lever, who is in the ladies clothing department of the May-D & F Company. Oscar Studenroth is a frequent runner-upper but on the go most of the time and then there is Doug Watous wrapped up in mining interests—he is supposed to be one of the top mining engineers in the state. Junior Bill Russell is hard to spot; maybe he’s busy with other things beside visiting half-clad damsels. Ed sees Ramstetter’s bus most every day and the occupants are usually of the fair sex so Ed keeps away from any lures. Everybody is busy or at least dons that appearance. Like the gal who was always busy saying “no” that she almost loused up her own wedding. In other news, a boom town has been described as a town with a lot of shotgun weddings.

Guy Ashbaugh and wife and son Dale, of Rocky Ford, Colorado, were here on Monday, on a short visit at the old home and with friends.

Herman Pederson and mother motored up from Denver on Thursday of last week, to spend a day in the mountains and visit at the old hometown.

Mr. W.O. Ziege and wife left for Denver Wednesday morning, returning that evening with Mrs. Mary Monk and daughter and husband, from Los Angeles, California, who will be their guests while here on a visit. Mrs. Monk will be better known to the old timers of the county as Mary Channing.

Messrs. Hugo Kruse and wife and his brother, Jacob Kruse and wife, from Strasburg, Colorado, came up from the valley on Sunday to attend the burial services of the late Gustave Kruse.

Married: At the home of Mr. and Mrs. Eldred Shaeffer in Central City, August 30th, 1930, Rev. Franklin Edwards of the M.E. Church officiating, Louis Cox and Miss Gladys Fairhurst of Boulder. The bride is very well known by the residents of Gilpin County, having had charge of the primary work in the public school here for the past three years. Mr. Cox is employed by the Arapahoe Mercantile Company of Boulder. Their many friends wish them a long and happy future.

Died: In Leavenworth, Kansas, August 30th, 1930, Jose Ress, of Russell Gulch. Mr. Ress has been a resident of Gilpin County for over forty years, the greater portion of those years in Russell Gulch, where he followed mining. He is survived by his wife and five sons, one being in Arizona, another in Chicago, and the other three in Denver. Funeral services were held in Denver, interment in Mount Olivet.

Died: In Denver, August 29th, 1930, Gustave Kruse, of Central City, aged 80 years. Deceased came to Colorado in 1866 and had resided here all these years, many of which were in the employ of his father, who conducted a grocery business on Gregory Street, in this city. He served as marshal and night watch of this city, and at the time of his death was police judge of Central City. He was an enterprising citizen, took great interest in city, state, and national affairs, and left many near and dear friends to mourn his departure to the land of “Somewhere.” He was the father of Mrs. Peter Sonne, Mrs. Lottie Osterwich and John R. and Albert G. Kruse. The remains were brought up from Denver Sunday morning and taken to the Masonic Lodge room, where services were held in the afternoon, and were conducted by Mr. Hugh L. Lawry. Masonic services were held at the Masonic Cemetery, by members of Central City Lodge No. 6, A.F. & A.M., of which Order he was a member.

Died: The many Gilpin County friends of Mr. and Mrs. T.H. Jenks will be grieved to know that Mrs. Jenks has probably passed into the great beyond, long before these lines are read. She, with a party of friends, left on June 7, on a tour of Europe, ad arriving in London on July 29, Mrs. Jenks suffered a stroke of paralysis, due to a clot of blood on the brain. Mr. Jenks was summoned and arrived at her bedside on August 17, and found her unconscious, and unable to recognize him, and the doctors gave him no hope for her recovery. Mrs. Jenks was a frequent visitor to this city, and her lovely disposition and charming manners made friends with everyone she met.

Mr. B. Frank Neal, an attorney from Auburn, Nebraska, was in the city the first of the week, endeavoring to get some particulars of the death of Susannna Lavigne, who died on the “Patch” on Quartz Hill, in January of 1864 or 1865.

Alfred Belcher is in Denver, looking after his daughter, Mrs. George Retallack, who was operated on at St. Luke’s Hospital for appendicitis, and who is reported as doing nicely since the operation.

The Shakespeare Club met at the residence of Mrs. Jere Lee on Monday evening and listened to the second act of King John. The Club will meet next week at Judge Flor Ashbaugh’s residence.

Fred McFarlane, who had been visiting friends in Denver, returned home the first of the week.

Miss Carrie Morse, of Nevadaville, who was taken down with a slight attack of smallpox, is reported out of danger, and on the road to recovery.

The shaft on the Clark-Gardner Mine, on Quartz Hill, had been sunk a depth of 800 feet, and when the present lift is finished, the shaft will be 842 feet from the surface. The 700-foot level is being extended and some milling ore is being shipped, which is being taken out of this level and the bottom of the shaft. The property is being operated by the Rome-Gardner Mining Company, with J.W. Bostwick as manager.

Born: In Perigo, Gilpin County, September 2nd, 1900, to the wife of Charles Quaintrall, a son.

Jack Lindsey and others were sluicing the slide between No. 11 on the Gregory and Mammoth Lode, and sold 100 ounces of gold to the bank last week.

Mr. George W. Collier had returned from the east, and resumed his position with the Register.

Mr. O’Shay, of Mountain City, sold a 13-ounce gold retort to Thatcher, Standley & Company, the bankers, which, on examination by assay, showed it to be worth one cent per ounce. The same party offered a 26-ounce retort to the Rocky Mountain Bank, and was arrested, and held on $1,000 bail. 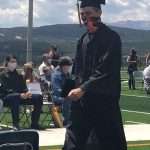 Gilpin holds a unique and socially responsible graduation
Next Article 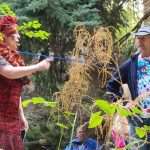 Call Me Ned performance by the Belvidere Players
Leave a comment