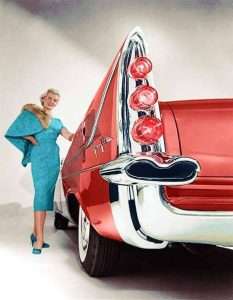 Black Hawk’s annual Mining & Milling Festival featured some of the best hot dogs a kid ever wrapped his lips around. The festival, held last weekend, featured an arts and crafts fair, free tours of the Bates-Hunter Gold Mine—the only working gold mine in Central City, music by Most Wanted, and “desperadoes” on horseback. The weather was beautiful, offering a respite from the heat wave that engulfed much of the state, and locals and tourists alike enjoyed the festival. The event is sponsored by the Colorado Chamber of Commerce.

Thanks to the U.S. Army Reserves, Gilpin County School now has a regulation-size football field and a five-lane 400-meter track. More than 46,000 cubic yards of earth and rock was moved to create the enlarged and improved field. The hillside facing the field now boasts bleacher-type seating inset into the earthen wall. Without the assistance of the 244th Engineer Battalion, the school couldn’t have afforded the massive job of enlarging the field. The Delta Dawgs, as the Reserve company is known, will return to the school in October to take part in homecoming ceremonies. They’re welcome here anytime!

Born: Maxine and Wade Ross of Dory Lakes are pleased to announce the birth of their granddaughter, Sydney Michelle Ross, daughter of Doug and Mary Kay Ross of Midwest City, Oklahoma. Little Sydney weighed 5 pounds, 1 ounce, and was 18 inches long. She arrived June 16, at Tinker AFB Hospital. She is the first child for Doug and Mary Kay, and the first grandchild for Wade and Maxine. Doug is a 1981 graduate of Clear Creek High School in Idaho Springs.

Married: Henry and Barbara Thielemann of East Alton, IL, and Central City, announce the forthcoming marriage of their daughter, Roberta Lynne to George Allen Zmuda, the son of Edward J. Zmuda, Sr., of Midlothian, IL. Roberta is a graduate of Roxana, IL, High School and Southern Illinois University, Edwardsville, IL. She is currently attending Barnes Business College in Denver, and is employed by Mr. Yellowbellows Photo Shoppe in Central City. George attended Bremmen High School in Midlothian, IL, and has been a self-employed contractor in Gilpin County since 1982. He is currently employed by Gilpin County Schools. The couple will exchange vows at noon, July 27th, 1990, at Panorama Point, Golden Gate Canyon State Park, in Gilpin County. A reception honoring their marriage will be held beginning at 2 p.m., at the Thielemann home in Central City.

Died: Michael Arlen Cronin, formerly of the Rollinsville area, died in Cottonwood, AZ, on June 25. He was 53 years old. Born in Ewing, NE, on December 19th, 1936, Mike was the son of Michael and Isabel Gunter Cronin. The family moved to Denver when Mike was a small boy. He grew up in the Denver area, and graduated from school there. He was trained as a carpenter and worked in the construction industry. In 1969, Cronin moved to the Rollinsville area, where he lived until 1983. He moved in 1983 to Missouri for health reasons. Two years ago, he moved to Arizona. He is survived by his mother, Isabel Cronin, and sister, Cheryl Hibler, both of Odessa, MO; his son, Rich Cronin of Black Hawk; his daughter, Lorri Wright of Arvada, and three grandchildren. Graveside services will be held Sunday, June 30, at 3 p.m., in Dory Hill Cemetery.

Across the Crossroads, by A.F. Mayham: It seems that some things are never settled satisfactorily like the question about which was first, the hen or the egg and if an object falls in a desert with no one around it doesn’t produce a sound because there is no one to hear and to produce sound it must have a receiver. Opinions are split on the question “does it make a noise?” Some maintain that noise is different than sound. Then there is the absolute zero point. No one has ever seen it or ever will, as anything near it will raise the temperature, be it ever so slight, so it must remain a theory. The lowest natural temperature recorded was 100 degrees below zero in the Antarctic, a long way from the absolute point where all motion stops.

Mr. and Mrs. Gordon Thomas were guests of Mrs. Frank Daugherty at her cabin on the Gunnison, over the Fourth of July weekend.

In Clear Creek Canyon, 22 miles west of Denver, about 50 persons brought under control a small brush fire that moved through several acres of sparse grass and timber country on the north side of Highway 6. Firefighters included departments from Golden Central, and Pleasant View; Gilpin and Jefferson County sheriff’s officers; state patrolmen, ranchers and a group of ushers from the Central City Opera House.

The Paul Eccker family spent the Fourth of July with Mrs. Emma Eccker and Kathryn. Later in the day they drove to Boulder to see the fireworks display at the Stadium.

Joe Svaldi and Mr. and Mrs. Svaldi and baby were at the Fred Mattivi home over the Fourth of July weekend.

Mr. H.E. Woodward, accompanied by his son Allen, came up from the valley last week to look after mining properties in Gilpin County, in which Mr. Woodward is interested.

Mr. Schiapacasse, the photographer of Idaho Springs, was in Central last week, taking pictures of many of the historical points of interest throughout the county.

Mrs. L. A. Marble, wife of the linotype operator of the Register-Call, came up from Denver last week, and has been competing arrangements to make Central City their future home.

George McFarlane was up from Denver on Saturday, on business matters and to enjoy the cool mountain breezes.

Mr. B.T. Miller, the outside engineer for the state highway department, was up from Denver the first of the week, to look over what improvements should be made on Lawrence Street, so as to widen the street a few feet, and has ordered a cement ditch to be built from the street crossing leading to the bank, down to the hardware store, to connect with the flume leading to the gulch.

In the case of People vs. E.M. Allen, the defendant, found guilty of the voluntary manslaughter of his daughter, and the involuntary manslaughter of his wife, the motion filed with Judge De France, judge of the district court, for a new trial, was denied, and he was sentenced to ten days in the city jail for killing his wife, and for not less than seven, and not more than eight years, in the penitentiary for killing his daughter.

Central City had a Fourth of July celebration, comprising the 4th and 5th, when fireman’s races between the teams in the county, foot races and sports of all kinds were on the programme, which were interfered with somewhat by a heavy rain storm on the 4th but on the 5th weather conditions were more favorable and the programme was carried out in good shape. At the dance on the evening of the 4th, the prize waltzing contest was won by Miss Edith Noble, of Nevadaville, and Mr. C.E. Jenkins, of Black Hawk. The cake walk prize was won by Miss Gertie McGowan, of this city, and Mr. Beckman of Denver. In the singing contests there were five contestants, Thomas Bate, Isaac Johns, Fred and Albert Westervelt and Fred Smith, who sang “Marguerite.” In the bass, baritone contest, the contestants were Arthur Millett and William Ede, who sang “Rocked in the Cradle of the Deep.” The judges awarded the prize of the best tenor to Thomas Bate, and for the best bass singer to Arthur Millett.

George McFarlane, George Mabee Jr., Arthur Millett, and Arthur Storey formed a quartet who went out to Apex Saturday to attend the dance and entertainment given there that evening, and on Sunday the party spent the day in Boulder Park.

A jolly party left for James Peak in a coach drawn by four horses on Tuesday afternoon, to be on the peak at sunrise to get a view of the sun rising in the east, and had an enjoyable time. The party were Misses Marion Withrow, Carrie and Rachel McLeod, Clara Sprenger, and Letty Boyd, and Messrs. E.A. Littler, W.E. Withrow, George McLeod, Flor Ashbaugh, and Dick Griffith.

John Beattie, of Black Hawk, had the second finger of his right hand badly crushed by having it caught in the machinery at the Huddlestone Mine on Winnebago Hill, Thursday morning.

Died: The seven month old child of Homer J. Hawley, of Denver, died on the train near Forks of Creek, Saturday afternoon, while the family was here to visit relatives. Death was due to cholera infantum and the body was brought to the residence of Mrs. William Moore, a sister of Mrs. Hawley, and was shipped to Denver on Monday for burial.

The Rocky Mountain Star baseball club of this city played the White Stockings club in Denver on July 4th, winning the game by the score of 52 to 27. The Central City team members were E.H. Teats, F. Wells, S. Nicholls, J. Orbison, A.J. Geary, Frank Teats, R. Bunt, W. Hart, and E. Clark. The time of the game was three hours.

Attorneys L. C. Rockwell and G.B. Reed were exchanging uncomplimentary remarks about each other through the columns of the Register and Herald.

Ed. Seiwell has opened up a new drug store in Black Hawk.

Reports had been received that the Utes had massacred a party of prospectors in North Park.

George M. Collier, who had been collector and finance man of the Miner’s Register, had gone east on account of his health, and N.M. Ambrose had been selected to fill his position.

END_OF_DOCUMENT_TOKEN_TO_BE_REPLACED

Benefitting the county, schools, and much more By Don Ireland   This year marks the 30th anniversary of casinos opening in the former little mining towns of Black Hawk, Central City and Cripple Creek, Colorado. In those early years, smoking was allowed inside ... END_OF_DOCUMENT_TOKEN_TO_BE_REPLACED

Benefitting the county, schools, and much more By Don Ireland   This year marks the 30th anniversary of casinos opening in the former little mining towns of Black Hawk, Central City and Cripple Creek, Colorado. In those early years, smoking was allowed inside ... END_OF_DOCUMENT_TOKEN_TO_BE_REPLACED