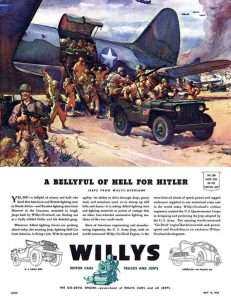 Three separate fires broke out behind Cold Springs Campground, near Highway 119 and Highway 46, on Tuesday afternoon, causing firefighters from five agencies to respond to the emergency. It was about 3:30 p.m. when the first fire was reported. Arriving at the scene, firefighters quickly discovered a second blaze a short distance away. Both were extinguished in short order, but a third outbreak of flames was spotted about a quarter of a mile up the mountainside. The third was the hardest to quench, said High Country Fire Department officer Fran Etzkorn, and there was still a hot spot the following morning. In addition to High Country, Central City, Colorado Sierra, Golden Gate State Park, and US Forest Service firefighters showed up to help quell the blaze. All three fires were located in national forest. The Forest Service is looking into the causes of the blazes.

Columbine Castle, a sprawling two story log building dating from before the turn of the century, was destroyed by fire Monday afternoon. Fire broke out in the unoccupied building early in the afternoon and flames were spotted by two men who were 4-wheeling in the area. They drove to the site to see what was on fire before they reported it, they said. When they came upon the building it was totally engulfed in flames. Calls went out to High Country, Central City, and Colorado Sierra fire departments just after 2 p.m. By the time firefighters arrived at the remote site that is a mile or so northwest of Apex, flames had consumed almost the entire structure; only the tower remained standing, its logs charred and glowing red. Unable to save the building—only the chimney remained standing by the end of the day—the volunteers managed to keep the blaze from spreading to the remaining buildings or to the surrounding woods, despite strong winds that fanned the flames and a propane tank that exploded. They were on the scene until almost 10 p.m. Cause of the fire is unknown, although arson is being considered. An investigation is underway by arson specialist Mike Russell of the Jefferson County District Attorney’s Office. There is no electricity in American City, and the building’s owners had not been on the premises for two weeks or so.

Norma Jankowski is in intensive care, recovering from bacterial pneumonia, says husband, Walt. It started with a low-grade fever, “like she was fighting a cold,” Walt said. On Saturday, Norma felt much worse, and by the next day she was in critical condition. With all the pneumonia that’s been circulating in the county, Walt suggests that everyone pay close attention to summer colds or flu this year.

Curly Smith is back at his Tommyknocker Restaurant in Central City after a short stay in the hospital. Curly was taken to the hospital by helicopter last week with an apparent heart attack. He’s back and says he feels fine.

Also on the mend after injuring a rib is Jack Brown, who should be back at work in a week or so.

Mr. and Mrs. Wallace Nelson and baby son of San Francisco are visiting her father, Sheriff Tom Collins and family.

Mr. and Mrs. A.E. Boeckmann, Jr., were here Sunday to spend Father’s Day with her dad and mother, the Jack Turners.

Mrs. Louis Plank was in Denver last Thursday to visit her nine-year-old niece, Nancy Jean Miner, who had an emergency appendectomy on Wednesday.

Mr. and Mrs. Billy Allen have moved here from California and have their trailer house on the Pipes lot on Main Street.

The Joe Anderle family was here from Breckenridge Sunday to see his mother, Mrs. Winifred Anderle.

Mrs. Helen Mueller, cook at Hidden Valley Café, was burned on her face and her hair was badly singed when the oven blew up while she was at work.

Died: Mr. John Alley passed away last week in Denver. He had been bedridden since he suffered a stroke last February. He formerly lived in this county and worked in the Rollinsville area. He is survived by a son, Stanley Alley in California, and a daughter, Mrs. Shirley Vanderveer in Lakewood, and several grandchildren.

Mr. and Mrs. Willis Wolfe, accompanied by Thomas Stribley, arrived from Great Falls, Montana, Friday evening, to remain a couple of days with Mrs. Louie Welch, leaving Monday morning for Denver, where they will visit for some time.

Mr. and Mrs. Fred McFarlane drove up from Denver Saturday, on business matters.

James McCracken was in from the East Portal of the Moffat Tunnel on Tuesday, on a short visit and to attend to business matters.

Mr. Chris Hesselbine, who wintered in California, showed up in Central Wednesday, coming here to look after his mining property in the Russell Gulch section of the county.

Married: In Denver, at the Grace Community Church, June 14th, 1930, John J. Parko and Miss Virginia Eleanor Shoenherr. The young lady was born and raised in Black Hawk, and has many friends in Gilpin County who extend congratulations and wish for a long and happy future. The couple will make their home in Denver.

The jury in the murder trial of E.M. Allen, charged with killing his wife and daughter, brought in a verdict of guilty of voluntary manslaughter in the case of killing his daughter, and of involuntary manslaughter in the case of his wife. The first is punishment with from one to eight years in the state penitentiary, and the latter charge with not more than one year imprisonment in the county jail.

Thomas Stribley has purchased from Mrs. Juda Pounter lots 4 and 5 in block 14, and intends to improve the property at a convenient date.

The Shakespeare Club met at the residence of Mr. and Mrs. Francis B. McLeod on Monday evening, where readings from the first act of Romeo & Juliet were enjoyed. The next meeting will be at the home of Miss A. Scheffler.

Last Monday was the 30th wedding anniversary of Mr. and Mrs. John F. Cheatley, of Russell Gulch, and the day was appropriately observed.

About thirty-two boys and men are sluicing in Nevada Gulch, among whom are a few “boxers.” All are doing fairly well, but a scarcity of water for sluicing is very noticeable.

The new mill, of the Denver and Boston Mining Company at Black Hawk, is running 55 fast drop stamps, and each stamp is crushing three tons of ore every 24 hours. The ore coming from the Gregory, Bobtail, and Cook properties is coming through the Bobtail and Bates Hill tunnels, and is handled by horsepower for the present, until an electric motor is installed.

During the month of May, the Kansas-Burroughs Company shipped 396 cords of ore, or 3,368 tons, an average of 107 tons daily, thus keeping that property at the head of the producers of the county.

Married: In Denver, at the residence of her mother, Mrs. John Truan, June 20th, 1900, Mr. Oscar Morsch and Elizabeth Truan.

Rev. S.F. Dickerson, the new pastor of the Congregational Church, and his wife, arrived on the coach on Saturday.

Mr. P.T. Barnum lectured at the Congregational Church in this city, under the auspices of the Miners’ and Mechanics’ Institute.

The Prize Mine, in the Nevadaville section of the county, was being operated by John Scudder. The shaft was 270 feet in depth, and smelting ore shipped to the Hill’s works was running $80 to the ton.

The last rail of the Denver Pacific Railroad was laid at 3 o’clock Wednesday, June 22nd, and trains commenced to run regularly from Cheyenne to Denver, two days later.

The first nine of the Star baseball club of this city sent a challenge to the White Stockings club of Denver, for a game. The challenge was signed by E.H. Teats as captain and S.W. Nicholls, as secretary.

John Hatch, auctioneer, announced a sale of groceries, etc., in the storeroom next to the Rocky Mountain Bank, on June 25.

A grand ice cream and strawberry festival was held at Turner Hall on Friday evening, for the benefit of the Miners’ and Mechanics’ Institute.

The Rollins stamp mill at Rollinsville was about ready to start crushing ore from the mines of that section.

END_OF_DOCUMENT_TOKEN_TO_BE_REPLACED

Benefitting the county, schools, and much more By Don Ireland   This year marks the 30th anniversary of casinos opening in the former little mining towns of Black Hawk, Central City and Cripple Creek, Colorado. In those early years, smoking was allowed inside ... END_OF_DOCUMENT_TOKEN_TO_BE_REPLACED

Benefitting the county, schools, and much more By Don Ireland   This year marks the 30th anniversary of casinos opening in the former little mining towns of Black Hawk, Central City and Cripple Creek, Colorado. In those early years, smoking was allowed inside ... END_OF_DOCUMENT_TOKEN_TO_BE_REPLACED