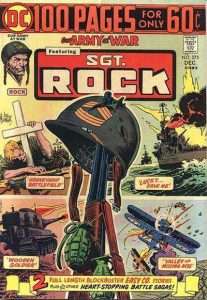 Angelo diBenedetto is the latest to fall victim to an apparent case of pneumonia. He has been at St. Anthony’s Central all week. It’s bad enough being in the hospital, but they weren’t even allowing Angelo one of the only good things about being there—chocolate. Asked by a friend if chocolate would cheer him up a bit, Angelo reported that they won’t let him think about it, much less eat any.

There are two schools of thought of how to handle “The Big Five-O.” One is to keep mum and hope nobody notices; the other is to look the half-century mark squarely in the eye and throw a whopper of a party for yourself. Fran Etzkorn boldly opted for the second and celebrated her birthday with a monster barbeque. Many happy returns, Fran.

Norm Blake celebrated his 71st birthday Tuesday. Although some people try to keep their age a secret, Norm is proud to let people know he’s 71 years young. Happy birthday to all our local birthday boys and girls this week!

Across the Crossroads, by A.F. Mayham: Three Texas gals took a ride Memorial Day up Coal Creek Canyon, visiting Ward, Pinecliffe, Rollinsville, Nederland, Tolland, and East Portal, taking in the portal itself and just missing seeing a long freight train on the D. & R. G. enter the tunnel. Central City and Black Hawk charmed them and they spent some Texas money on trinkets. They visited the office of the Register-Call and could hardly believe that the paper had been published for continuously for 98 years. They wanted to know if the editor was still using the same pencil for all those years. The gals were astonished at the neatness of the office; they had an idea that a printing office was a messy place, but changed their minds. They wanted to meet the editor and finally found him in the custody of the Sheriff; nothing wrong in that; the editor is also coroner of the county and was probably discussing some weird business that often befalls a public official, but the presence of three attractive skirts brought the business to a close. Then, Texas-like, they had to see the face on the barroom floor. One of them remarked that the face must have been that of a Texas girl. And we let it go at that.

Don Welsh will preach at St. James Methodist Church Sunday morning at 11 a.m. Special music will be given by members of the Opera chorus.

Lee Lyttle has leased the two lower rooms in the Dostal Block and the new occupants intend opening a dining room within the next week. These rooms were formerly occupied by Tony Messini, who left here last year leaving several businessmen holding the bag.

Mrs. Wm. Landau is visiting in Denver for a few days.

Mr. Sterling Gilbert was in Yuma, Arizona, the first of the week.

Ed O’Conner, while painting the roof on the Tom O’Hollearin house, fell from a ladder Saturday afternoon, receiving a severe fracture to his left wrist, and lacerations to his face. He was immediately taken to Colorado General Hospital in Denver where he will remain for the next three or more weeks. His many friends here hope for a speedy recovery.

Mrs. J.D. Richards, who had been visiting her mother in Denver, returned home Friday morning.

Thomas Atkinson and family were up from Denver on Friday, visited the cemetery, and spent the balance of the day visiting friends, returning home during the afternoon.

Mr. and Mrs. Charles Gage, who had been in California for several months, and in Denver a few weeks, came up to Central Monday morning, and we are glad to report Mr. Gage has improved considerably from his vacation.

Sidney Chapple accompanied the remains of James P. Johns up from Denver on Tuesday morning.

Died: At St. Luke’s Hospital, Denver, June 1st, 1930, James P. Johns, of miner’s consumption, aged 73 years. Mr. Johns was taken to Denver a couple of weeks ago, where he could have more care and attention during his illness, which resulted in his death Sunday morning. He had been a resident of the county for over thirty years, working in the mines, where he contracted the disease that caused his death. His remains were brought up to Central Tuesday afternoon, and taken to the city cemetery, where Hugh Lawry officiated at the grave.

Joseph Jones, who was injured in the Pearce Mine on Nevada Street two months ago, and who has been receiving treatment in a hospital in Denver for his eyes, came up last week and his friends will be pleased to know that he will have the use of both eyes.

Mr. H.J. Hawley and wife returned Tuesday from an extended visit with friends on the Pacific Coast.

Dr. Abe Ashbaugh went over to Idaho Springs Wednesday, as a member of the board of pension examiners.

Miss Marguerite Rank left Saturday for Denver on her way to the Paris exposition. She will also visit in London, Naples, and other interesting points across the water.

Mr. N.D. Owen of this city, one of the commissioners of the state insane asylum, returned Wednesday from a meeting of that body, and when asked about how the inmates at the asylum from Gilpin County were getting along, said: “William Gerry, of Nevadaville, is about the same as when taken there. George Voll’s right side is paralyzed, and he cannot raise his right arm, and his voice is also affected, being barely able to speak. Thomas Chapple, of Nevadaville, has lost his mind altogether and there is no improvement in his condition. A. Mazzini does not show any improvement. Mrs. Hallinan’s condition is unchanged, and Mrs. Hamilton has improved considerably and is getting along nicely.”

A carload of smelting ore from the Watauga Mine, in Russell District, was shipped during the week from the Black Hawk depot to the Denver smelters.

At the O.K. Mine on German Mountain, the work of making connections with the Bobtail Tunnel from the 420-foot level, is being carried on as rapidly as possible, and when connections are made, the mine will be better ventilated and will furnish an egress for the miners in case of emergencies. A small force of miners are employed at the present time, and the shipments of ore to both mill and smelter are giving satisfactory returns.

The Eagle Mill was charging $20 per cord for crushing third and fourth class ore from the Bobtail Lode.

Charles Tascher had returned to Central City to stay, after an absence of five years. He was one of the early pioneers, coming to Gilpin County with Gregory, the discoverer of the first gold mine found in the state.

George K. Kimball was working the Watauga Mine in Russell District.

Alexander Cameron was advertising for 20 men to work in his gulch mine below Black Hawk.

Stevens and Valentine were working the Stub Tail Mine on Gunnell Hill, and were raising ore that was running 7 ounces gold to the cord.

Thomas Cameron and a party from this city killed a grizzly bear weighing 900 pounds, at the head of North Boulder Creek, where they were hunting grouse.

Died: Charles Dickens, the English writer, died in London on June 10, of paralysis.

END_OF_DOCUMENT_TOKEN_TO_BE_REPLACED

Where the dead get to tell their story By Jaclyn Schrock On Saturday, August 21, the Gilpin Historical Society held their annual Cemetery Crawl. Tickets allowed the shuttle of hundreds of guests from the Teller House parking lot to the Cemetery. Depending on v... END_OF_DOCUMENT_TOKEN_TO_BE_REPLACED