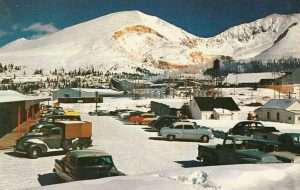 The Gilpin County Sheriff’s Office announced Tuesday that the body found in a mine shaft in Lake Gulch on April 19 has been officially identified as John McDaniel. McDaniel’s body was found along with the body of Luke Clyburn and Clyburn’s pickup truck. The men had been missing since August 14, 1981. McDaniel’s identity was established through dental records provided by the Washington state prison system, said Gilpin County Coroner Dick Allen. Investigators also contacted the dentist who performed the work on McDaniel. Dr. Michael Hoffman, a forensic anthropologist, made the identification after reconstructing the cranium and cervical spine. Had the dental records not been located, a facial reconstruction would have probably been necessary. The Jefferson County District Attorney’s Office hopes to finally resolve the nine-year-old case. Information from an unnamed informant led to the recovery of the bodies and Clyburn’s truck. The informant, said to be a federal prisoner, is not believed to have been a party to the double murder, but rather to have learned the details afterward.

The Bobtail Mine in Black Hawk is opening as a tourist attraction this summer, says owner Norman Blake. He and son Kent plan to have the operation up and running by July 1—possibly sooner. They’re in the process of checking the lights and getting the tunnel ready for visitors. Tours were last held at the Bobtail in 1984. Lasting 20 minutes, a trip through the old mine is historical, educational, and entertaining. One of the biggest crowd pleasers is sure to be the 900-foot ride in ore cars pulled by a team of donkeys. The Bobtail Tunnel extends almost to the Carr Mine in the Dry Lakes district, Blake said. A maze of underground workings connect the Bobtail with 60 other area mines. At one time, ore cars traveled from the Bobtail to the mills located along North Clear Creek. Locals as well as visitors will enjoy this tour. The Bobtail was a producing gold mine for many years. Who better to create a mine tour than Blake, himself a longtime miner. Although he’d rather be mining, since the industry isn’t experiencing the best of times right now, Blake decided the best way to make the mine produce is to open it up to visitors. And he promises that the tour will be as interesting as it is factual. If you’ve never toured an authentic gold mine, be sure to visit the Bobtail.

There will be a memorial service for Nancy Armstrong at St. Paul’s Episcopal Church in Central City at 1 p.m., May 26th. The Rev. Irene Sullivan will officiate.

Trudy Palser, formerly of Gilpin County, is in the hospital suffering from an aneurysm to the brain. She and her husband Bud used to live on East 5th High.

Esther Campbell is recuperating from a bout of pneumonia, and it’s taking her a bit longer than she expected to get back on her feet.

The decomposed body of Jim Murray was found last Friday on the ridge separating Lump Gulch and Gamble gulches, or between the old towns of Perigo and Gilpin. He disappeared the evening of September 23rd, 1959, walking away from his cabin in Gilpin carrying a buck-saw, and traveling north toward the road leading to Perigo. He encountered a severe snowstorm, and apparently attempted to retrace his steps, but in the blinding snow lost direction, and his body was found one half mile from the ridge on the Perigo side. Apparently he suffered a fainting spell or a heart condition, as he had hung the saw, which the frame was painted a bright red, some 50 feet from where he had crawled under two low hanging branches of a pine tree. Possibly he realized his condition and placed the saw in an open space in the hopes it may have been seen if search parties were organized. The body was discovered by Mr. and Mrs. C.W. Lerch, who recently purchased the old Smuggler mining claims, directly opposite the ridge where the body was found, and their attention was called while walking through the brush and trees they noticed the saw hanging on an aspen tree. They immediately called Sheriff Tom Collins in Central City, who immediately called the State Patrol, and Corporal Van Hook and two Patrolmen were near the scene in a matter of hours. The Sheriff was accompanied by Richard Dowse, the Deputy Sheriff and City Marshal of Central, the Coroner, and were met in Gamble Gulch by Arthur Crow, Jim and Ray Steele, and Wm. Neal of Rollinsville, whose wife was a sister-in-law of the deceased. Two Patrolmen accompanied the Coroner up the side of the hill, where Corporal Van Hook took several pictures of what remained of the body. Being under the pine branches for over eight months, animals, rodents, and birds had scattered the remains over a wide area, and but little remained except a few bones. Identification was established by finding two wallets and a purse in the pockets of his shirt, which contained over $250 in currency, keys and small change, thus discounting any evidence of foul play. His body was taken to the Tomford Mortuary in Idaho Springs, with cremation later in Fairmount Cemetery in Denver.

Obituary for Jim Murray: Mr. James Murray was born at Elmira, Illinois, November 30th, 1872. His parents were John and Mary Turnbull Murray, and he was the last survivor of six children. At Kewanee, Illinois, Mr. Murray was married to Anna Olive Hollander. They came to Fort Morgan, Colorado, where, with his brother, he operated a livery stable. In 1910, Mr. Murray became interested in mining and he and his wife moved to Gilpin County, where they lived until 1916. At that time, the Murrays moved to Denver where he worked for 30 years at the Denver Wrecking Company. Mrs. Murray died in 1941. The couple had no children. An illness brought Mr. Murray back to Rollinsville area where he stayed at the home of his sister-in-law, Mrs. Wm. M. Neal. After his recovery, he returned to Gilpin where he lived alone in the three room cabin he had built himself. Until shortly before his death he had worked his mining claim, the Olive Lode, which was near his cabin. Mr. Murray’s love for the mountains was well-known to his many friends; he often said he wanted to live and die within their limits. A second love was for humanity, especially children to whom he often gave gifts. He was happy to do any acts of kindness within his power. He enjoyed his weekly Sunday trips to town with the Neals, visiting with both adults and children. His place in the hearts of his neighbors and friends was shown by the continued search for him after his disappearance. Although he was urged to live in town, his desire to do for himself remained to the end when he went out to cut firewood and presumably died from a heart attack or a stroke about two miles from his home on September 23, 1959. Besides Mr. and Mrs. Neal, Mr. Murray is survived by a host of friends in this area.

James Daley, who has been taking in the sights in Denver for several days, returned home Saturday morning.

Dave Davis came down from Cheyenne, Wyoming, Tuesday, and in company with William Scholl, made a trip out to Peck Flats to look over some mining properties in which they are interested.

Mr. and Mrs. B.E. Seymour came up from Denver Monday morning, to remain for a week while the former attended to business matters.

Hugh Lawry and Mr. and Mrs. William Mitchell, who had been visiting relatives at Victor, Colorado for a week, returned home Monday evening.

A card received from Denver Wednesday morning announces that Miss Muriel Lois Matthews is one of the graduating class of the East High School, Denver, the exercises of which take place at the City Auditorium Monday evening, June 2.

Married: Carroll G. Patterson, son of Mr. and Mrs. R.A. Patterson, was married on May 20th, 1930, at Bayard, Nebraska, to Miss Phoebe Mildred Roberts. The young couple will spend the summer at Central City. The Courier joins with Carroll’s many Georgetown friends in wishing them much joy. — Georgetown Courier.

Sleepy Semmens, of Nevadaville, had been signed to play in the Denver league team of baseball for the season.

Fred Hughes of Black Hawk, made a record catch of trout at Dory Lake last week, when he landed two trout which tipped the scales at 4 ½ pounds.

The working force at the Alps Mine number about 25 men and two shifts are at work. Ore is being taken out from a depth of 1,100 feet, and daily shipments are being maintained to the mills at Black Hawk, and the smelting product is being stacked up in the shaft building until a carload has accumulated.

The record hoisting of water in the shaft on the California Mine on Quartz Hill, was made on Tuesday, when 100 barrels were hoisted in one shift of eight hours. The shaft is 2,200 feet in depth, and the average number hoisted was between 83 and 85 daily.

The new gasoline motor which will be used for conveying the trains of ore from the Cook Mine, in Gregory Gulch, to the new mill at Black Hawk, was received on Wednesday and is now being given a thorough trial at the Bobtail Tunnel. The motor is of 25 horsepower capacity and was built in Chicago.

Harley B. Morse, of this city, saved a little girl named Shaugnessy from drowning while on his way to Nevadaville. The little girl had fallen into a large cistern, and fortunately he heard her cries of distress and got her out safely. The cistern held eight feet of water.

A load of ore from the Veto Mine was sold to the Hill smelter for $375 per ton. The mine was operated by the Updegraff brothers.

A cord of ore from the Gardner Mine, on Quartz Hill, was run in the Clayton stamp mill, in Nevada Gulch, and returned a gold retort weighing nearly 18 ounces.

Died: Leopold A. Klein was stabbed by Lem Tuttle, or “Crazy Lem” as he was called, which resulted in his death. The stabbing was the result of words passing between the two men about a trench near the German Lode, in which Klein sold a portion of his interest for $35,000. Tuttle was committed for manslaughter, and in default of bail of $1,000, he was remanded to jail.

END_OF_DOCUMENT_TOKEN_TO_BE_REPLACED

Benefitting the county, schools, and much more By Don Ireland   This year marks the 30th anniversary of casinos opening in the former little mining towns of Black Hawk, Central City and Cripple Creek, Colorado. In those early years, smoking was allowed inside ... END_OF_DOCUMENT_TOKEN_TO_BE_REPLACED

Where the dead get to tell their story By Jaclyn Schrock On Saturday, August 21, the Gilpin Historical Society held their annual Cemetery Crawl. Tickets allowed the shuttle of hundreds of guests from the Teller House parking lot to the Cemetery. Depending on v... END_OF_DOCUMENT_TOKEN_TO_BE_REPLACED