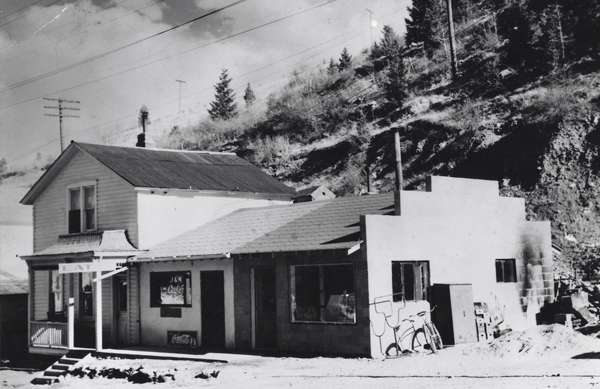 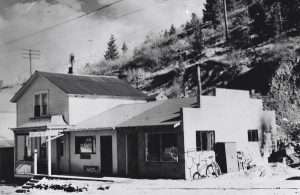 Visitors to Gilpin County School’s elementary wing were treated to slideshows, videos, erupting volcanoes, skits and plays during the West Fest on Thursday, May 3. Each class was assigned a western state. The students and teachers worked on projects individually, in small groups, and as whole classes to turn each classroom into a representation of its assigned state. The students ran tours, gave out recipes and games, and offered samples of “gold” and regional cuisine, as the adults traveled from room to room viewing the exhibits and displays. There were Indian tipis, relief maps and murals—the Colorado display featured a mine shaft, and the Alaska room had an igloo that students (and agile parents) could crawl through. The boys and girls were pleased to share the information they had learned about “their” states with adult visitors. Parents seemed impressed with the elaborate and imaginative displays. Indeed, the only problem seems to be how they will top this next year.

With receipts totaling $3,150, Gilpin County School has placed an order with Safeway for three MacIntosh computers, along with printers and software. The MacIntosh computers were chosen as the best supplements to the equipment already in use at school. The high school computer lab as 12 IBM compatibles, and the Apple computers previously there have been reassigned to the elementary school.

Christie Schmalz was in town Monday, accompanied by about 100 fourth graders from Cherry Creek’s Cunningham Elementary School. Christie, the kids and the other chaperones spent the day touring the Lost Gold Mine, cemeteries, Historical Society museum, wax museum, and just checking out the sights around town. It seems, when the time to choose a field trip destination came around, the kids wanted to see what student teacher Christie was talking about all the time. Christie is the daughter of Sandy and Bruce Schmalz, who are proud to report that another daughter, Lisa, graduated from CSU on May 12. Lisa received a BA in business marketing.

Across the Crossroads, by A.F. Mayham: Every once in a while someone suggests that we turn the country back over to the Indians. When they were running the country there were no taxes, no debt, and the women did all the work. White men thought they could improve on a system like that. Well, take a good look at things now and draw your own conclusions. Now a man goes on a business trip to New York but when he sends home a postcard, his wife thinks something is wrong with the post office—it is postmarked Atlantic City, and she jumps on the postmaster. Then a small lad asked his dad: “Did you got to church when you were little?” Pop says, “Yes, sure I did, every Sunday.” The lad says: “See mom, it probably won’t do me any good either.” Yup, the Indians had the system.

Dr. Williams will be at the Clark Grade School Auditorium, May 31, at 10:00 a.m., to give polio and booster shots to all children in the County under 18 years of age. All parents should see that their children take advantage of this service.

The Clark Grade School children held their picnic Monday at Georgetown. They made the trip on the school bus and had a delightful day. They toured the town, had a ballgame, and enjoyed lunch in the city park.

Mr. Hugh Lawry returned home Saturday. He is recuperating at his home after an eye operation.

Died: Rae C. Martin died in Denver last week at the Veteran’s Hospital where he has been for the past month. He was 65 years of age. He was a former resident of Central City and was Superintendent of the high school in 1942, later leaving for Denver where he made his home. He was a member of the 89th Division in the first World War, receiving wounds which more or less handicapped him in walking since that time. He was born in York, Nebraska, coming to Colorado with his parents when a child. He was a most loyal member of the Masonic Orders, and was the present Grand Master of the Grand Council of Royal and Select Masters of Colorado. He is survived by a son, Kenneth R., of Forest Park, Georgia, brother of Mrs. Gertrude Crow, of Rollinsville, Mrs. Maybelle Brown, of Black Hawk, and Mrs. Elmira Lutz of Seattle, Washington; also two grandchildren. Services were held Monday from Colorado Masonic Lodge No. 1, in Denver, with interment in Fairmount Cemetery.

Died: Everett T. Thompson, operator of the Skyline Cottages, died at his home there Sunday evening after a heart attack. His wife, Hazel, was at the bedside of her mother in Albian, Nebraska when he died. The mother died later that same night. Mr. Thompson was about 57 years of age. He came to this community from North Platte, Nebraska, about five years ago, and with Henry Placek as a partner established the Skyline Cottage Camp, which they operated together until Mr. Placek’s death of a heart attack just a year ago. Survivors are his wife, Hazel; a son, Robert of Boulder; a brother in Takoma, Washington, and a grandson. The funeral was held Thursday afternoon in Boulder from the Geddes-Hibbard Mortuary.

Frank H. Owen and wife and Mrs. Sarah Owen were up from Denver, Saturday, on a visit at the old home, and with friends of early days.

Frank McGrath had some cuticle removed from his scalp last Monday morning. He was working at the La Crosse Tunnel under the bucket line that delivers ore to the mill, and raised his head just at the wrong time, and met a bucket on its journey. It required less than a half of a yard of tape to close the wound, and he was on his job again the following day.

Died: A letter received at this office Wednesday, from Dr. E.F. Warren, of Denver, brings news of the death, Sunday morning, of George Whitney Adams, former well-known resident of this city, at Brownwood, Texas. While a resident here, he conducted the assay office in the building adjoining the Teller House, and followed his profession as a surveyor. He is survived by his wife; two sons, Kenneth and George, and one daughter, Mrs. Pauline Line, of Pocatello, Idaho.

Ralph Knowles and H.H. Colburn drove over from Idaho Springs on Sunday, and registered at the Teller House.

Joseph Gilhooley was shaking hands with his many old friends in Black Hawk during the week, and was the guest of his sister, Mrs. Walter Scott and family.

Foreman Michael Flynn, of the Gilpin and Boston Gold Company, who are working the Gladstone Mine, brought up from the Gilpin Mill on Monday gold retorts weighting 30 ounces, the cleanup from seven cords of mill ore, an average of over four ounces to the cord. The tailings from this ore are worth from $25 to $50 per ton, making a product that gives a good profit for operation.

Mr. E.W. Henderson, who had been out East attending to business matters, returned the first of the week.

Mr. H.J. Kruse returned Tuesday from a business and pleasure trip to the States.

Judge Sherwood, of Larimer County, and Charley Kountze and Wolfe Londoner, of Denver, were up during the week to attend the session of the district court.

Rev. J.D. Potter, a celebrated divine, was holding meetings at the M.E. Church.

A party of Ute Indians were visitors to Central the first of the week to dispose of a stock of furs for trinkets and supplies.

The Mountain House in Black Hawk had just been refitted and renovated by Pat Wright.

Died: The skeleton of a man was found hanging from a tree near Golden by a party of engineers. A memorandum book, in which was written the name of George Hanchett, was found on him. Hanchett used to haul freight between Cheyenne, Denver, and Central, and it is believed to be his body. 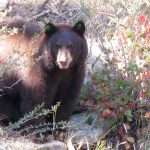 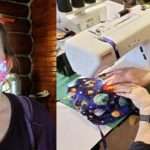