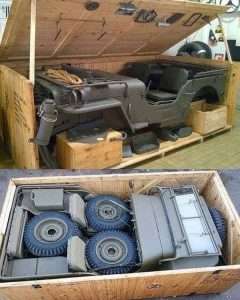 Dennis Hotovec said contractors should begin working to contain the gas leaking into North Clear Creek at Black Hawk next week. Hotovec, who represents the state’s underground tank management division said that six monitoring wells and three test holes have been drilled between the Conoco station on Hwy. 119 and the junction of Hwy. 279. Analysis showed contamination from a gasoline or diesel product in all the holes except one. That hole, just above the Conoco station, showed some soil contamination that appeared to be from oil on the surface. Water samples from the creek just below the site of the leak were clear, said Hotovec, indicating that the volatile ingredients are evaporating and the rest is being diluted within a few feet of the seepage. The containment procedure will be as simple as possible, he said. His department neither wants nor intends to needlessly spend huge amounts of money. Once the containment plan is approved and in place, contractors will look for the source of the contamination. Containment should be complete and the search for the source of the problem begun by the end of next week, Hotovec estimated. His department won’t know whether or not it will try to recoup the cost of the cleanup until the source of the fuel leak is determined, he said. Then the department will consider a number of factors, including who owns the property where the seepage originates, and whether the state can realistically expect to collect repayment of the cleanup costs.

Kalin Roche, 7, is recuperating after a mishap on a 3-wheeler. Those who were listening to their scanners while Kalin was on the way to the hospital in the ambulance will be happy to hear that the irregular heartbeat that was reported seems to be much less serious than it sounded at the time.

Sandy Schmalz has been hobbling around on crutches for a couple of weeks. It’s her avid participation in that high-risk sport—volleyball—that did Sandy in. We’re staying away from the volleyball court. It seems like there have been an awful lot of injuries on that team!

Married: Joe Anderle and Ruth Ann Barnes Anderle, of Gilpin County, announce the engagement of their son Phillip Scott to Codyann Elliott, daughter of John Elliott and DiAyn Revis, of Walden, Colorado. Anderle is a 1980 graduate of Geneseo High School, Geneseo, Kansas, and attended the Metropolitan State College in Denver. He is employed by the State of Colorado Department of Highways. Miss Elliott is a 1986 graduate of North Park High School and is employed by the Walden Oil Company in Walden. The couple will wed June 9, at the Poudre Chapel in Poudre Canyon, Colorado. They will reside in the Red Feather Lakes-Poudre Canyon area. Phillip is the grandson of Winnie Moyle Anderle and the late George Anderle, of Black Hawk.

Across the Crossroads, by A.F. Mayham: School days will soon be over, that is, for the small fry. Older folks have to learn all their lives. One boy brought home his report card and with it a note from the teacher saying: Dear Mrs. Jones, Johnny is a bright boy, but he spends all his time with the girls. I’m trying to think up a way to cure him. Mamma replied: Miss Smith, if you find a way to cure him, let me know; I’m having the same trouble with his old man!

Maria Ferriero, vivacious young soprano, will make her Central City debut in the title role of “Aida” in six of the 18 scheduled performances of the opera this summer.

Jerry Nelson of Denver, a graduate this year of West High School, received a scholarship to Carnegie Institute of Technology in Pittsburgh, Penn. He is a grandson of Mr. and Mrs. Wm. Landau of this city.

Mr. and Mrs. Milford Peterson were honored by O.E. S. Golden Queen chapter on Tuesday evening, the occasion being their 25th wedding anniversary.

Died: Word was received from Denver, Tuesday, of the death of Mrs. Eleanor May Chapple. She was the wife of Sydney Chapple and worked in the Hyndman’s Candy store, now occupied by the pool room. She was about 80 years of age. Interment was in Crown Hill Cemetery.

Louis Plank burned his eyes while soldering at his job and was unable to go to work last Saturday.

Mrs. Donna Blake and Miss Barbara Moore gave a miscellaneous shower Monday night for the newlyweds, Mr. and Mrs. Barry Bulgart. The party was held at the Bulgart home, next door to the Black Hawk Church.

The Robert Pipes are the proud owners of a new Volkswagon, which Bob drives to work each day to Golden.

Married: The marriage of Paul Bennett and Miss Phyllis Jean Fitch took place Sunday at the Montview Presbyterian Church in Denver. Paul is the son of Mrs. Gus Rudolph. The Rudolphs and Mrs. Inez Schmidt attended the wedding and reception.

Died: Claude McKay died at the Veteran’s Hospital in Denver last Wednesday, where he had been receiving treatment for a heart condition and silicosis for the past two months. He was 71 years of age. Claude was born in Alma, Nebraska, and came to Central City with his parents when he was a small lad. He attended the grammar and high school here, and entered the U.S. Navy in 1917, and after World War I, spent a year in Germany with the occupational forces. After discharge, he spent several years in Montana and Idaho in the mining profession, later living in Idaho Springs. For the past ten years, he was associated with the United Gold Mines Company in this city, operating several mines at the head of Eureka Street and on Winnebago Hill. He was married in the early 20’s to Lydia McLeod, who preceded him in death some six years ago, and is survived by his sister, Mrs. Bonnie Bogen, of Denver; a son, Van, of Cheyenne; a brother Gail, of Los Angeles; and two granddaughters. Funeral services were held from the Chapel of the Pines, Saturday morning, under the auspices of Central Lodge No. 6 A.F.&A.M., with private entombment at Fairmount Mausoleum.

Mrs. Ann Allen of Black Hawk, who was shot by her husband some months ago, died in the county hospital in Denver Tuesday morning. She was 41 years of age, and ever since the day of the tragedy, the lower portion of her body has been completely paralyzed. District court convenes in this city on the first Monday of June, at which time Mr. Allen will be brought here for trial.

A resolution presented by the State Highway department designating the streets to be used as a connecting link of the state highway, was read, and on motion of Alderman Quiller, seconded by Alderman Teller the same was approved, and the clerk was instructed to fill in a plot of said streets in the space on the resolution blank and return the same.

The marshal was instructed to notify drivers of trucks to close and keep closed their exhaust cut-outs on the streets, when not loaded, and also to examine the Eureka Gulch flume, and see what could be done to protect the same and prevent damage to the lower end.

Earl Hancock received the Kodak given by the Eastman Company for their 50th anniversary.

Clarence Richards and wife of Apex, returned from Colorado Springs on Wednesday, and are visiting friends in this city.

Miss Lulu Rank, daughter of Mr. and Mrs. S.A. Rank, is up from Denver visiting with her friends, the Misses Edna and Blanche Becker, of Chase Gulch.

John Flannigan of Dubuque, Iowa, arrived on Sunday, and is looking after the mining properties of the late Christopher Flannigan.

Mrs. H.H. Lake and children left on Sunday for Michigan, on a visit with relatives and friends.

Married: In Denver, May 5th, 1900, at the residence of the bride’s parents, Rudolph Fuelscher and Mrs. Minnie Kruse, both of Central City.

Mr. E.L. Saulsbury has returned from a visit to the states.

Mr. J.R. Cleveland took possession and entered upon his duties as county clerk and recorder the first of the week.

William Larned went east on Wednesday, and Lake & Hawley were to look after his powder business during his absence.

Died: Thomas Williams, a young miner, was found dead in bed in his cabin on Quartz Hill Friday, and the circumstances of his death indicated foul play. He had been ill for some time, and an examination of the body by physicians indicated that he had not died a natural death. Suspicion pointed to a fellow miner named William Howe, who was missing, along with $200 to $300 belonging to Williams. Howe had bought quantities of morphine, strychnine,s and laudanum at different drug stores the previous evening, and had purchased a brace of revolvers. On Friday evening, deputy sheriff John L. Schellinger found Howe in a cabin in Peck Gulch, where he had stopped to rest, and brought him to Central and placed him in the county jail. The charge against Howe was larceny, but it is thought a more serious crime will be charged against him.

END_OF_DOCUMENT_TOKEN_TO_BE_REPLACED

Where the dead get to tell their story By Jaclyn Schrock On Saturday, August 21, the Gilpin Historical Society held their annual Cemetery Crawl. Tickets allowed the shuttle of hundreds of guests from the Teller House parking lot to the Cemetery. Depending on v... END_OF_DOCUMENT_TOKEN_TO_BE_REPLACED

Benefitting the county, schools, and much more By Don Ireland   This year marks the 30th anniversary of casinos opening in the former little mining towns of Black Hawk, Central City and Cripple Creek, Colorado. In those early years, smoking was allowed inside ... END_OF_DOCUMENT_TOKEN_TO_BE_REPLACED