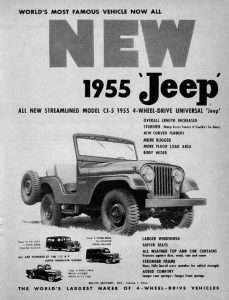 At least one of the bodies pulled from an inactive mineshaft near Central City last week has been positively identified by forensics experts who used dental records in their investigation. The first remains recovered from the once-rich gold mine near Dry Lakes were those of Luther “Luke” Clyburn, confirming what law enforcement officials suspected. The second skeleton, believed to belong to John McDaniel, awaits positive identification. Authorities are attempting to get dental records from Washington and California in order to see if they have the remains of McDaniel, who disappeared with Clyburn in 1981. Joining in the investigation are forensic pathologies Ben Galloway of Denver, forensic odontologist Wilbur Richie off Jefferson County, and forensic anthropologist Michael Hoffman of Colorado Springs. No results are expected before next week. Meanwhile, investigators with the Jefferson County District Attorney’s Office are treating the case as a double murder. Working on leads, they say they have been inundated with stories on what happened to the two men who were last seen headed to the Chain O’ Mines on August 14, 1981, to pick up a cutting torch. The main theory is that Clyburn and McDaniel were possibly involved in gold investment fraud, which would be the motive behind their murder. As evidence in the bizarre case unfolds, the District Attorney’s Office may call a grand jury to delve into the mystery. If it does, it will be the first one to convene in this small mountain community.

These are difficult days for the family of Luke Clyburn. After the dramatic recovery of the remains of Clyburn and another man, the family began preparing funeral services to be held in Evansville, Indiana. “You think you’re prepared after so long a time,” said Clyburn’s daughter Beth Roman on Wednesday, “but you’re really not. It’s been hard.” Missing since August 14, 1981, Clyburn was last seen in the company of John McDaniel, a Chain O’ Mines employee. In August of 1981, Clyburn had just opened a new chapter in his life. After 37 years in business in Evansville, he had just retired. He and his wife had been enjoying a second honeymoon at their daughter’s Denver home in the three weeks prior to his disappearance. The Clyburns were familiar with the Central City area; they had been spending vacations with daughter Beth Roman, secretary for the Chain O’ Mines, ever since she had moved to Denver. Though the two planned to continue living in Indiana, Clyburn had leased a hard rock mine above Central City and planned to spend part of his time working the property. McDaniel had placer and hard rock properties in Summit County and worked locally as a miner. On the day the two men disappeared, they were getting equipment ready to take to Summit County to work on a placer while the weather was good. Although new to mining, Clyburn enjoyed it immensely, his daughter said. When he disappeared, the Evansville newspaper characterized Clyburn as a “selfless, good man who truly lived out his fate.” He was a deacon in the Evansville Baptist Church, and head of the local Christian Businessman’s Association. Through the association, he worked extensively with jail and prison inmates, counselling them and helping them to secure jobs. The family is grateful to everyone who worked on the recovery last week. Roman said, “There’s no way we can thank people for the long, hard effort they put in,” she said. “We’re thankful that no one was hurt.” The Clyburn’s five children are scattered, but Roman said they will all be home for the services. “It will be a comfort to finally know where he is,” she said. “Now maybe I can go back to Central City and look at all he piles of dirt without wondering… He spent all his life doing for others. He had just started doing something for himself. It ended so abruptly,” Roman said. “That morning he came back and kissed mother goodbye and said, ‘I love you.’ That morning I though he looked better than he ever had.”

Died: Laura S. Jones of Lakewood died April 4, 1990, in Lakewood, at the age of 90. Born in Russell Gulch on August 10, 1899, she was the daughter of Frank A. and Margaret Davies Stansfield. Jones graduated from Manual High School in Denver, and from Colorado Teachers College in Greeley. She retired from teaching after a 45-year career. She married Griffith E. Jones in Denver on September 16, 1924. He too was born in Russell Gulch. A retired employee of the Burlington Railroad, he died 18 years ago. A daughter, Laura Lou Nelson, died three years ago. Jones was a long-time member of the Order of Eastern Star Temple, Chapter 96. She is survived by her daughter, Peggy Shellenbaum, Littleton; a son, Robert E. Jones, Whittier, California; 11 grandchildren and 11 great-grandchildren. Services were held April 10 in the Littlestone Chapel. Interment was in Crown Hill Cemetery.

Across the Crossroads, by A.F. Mayham: The enormous wheat surplus problem is getting worse. This season’s forecast is 977 million bushels of winter wheat. More millions of bushels will find a place in government ownership, unwanted and unneeded. Legislation to correct the situation is dim. Support price is $1.77 a bushel. While the farmers get paid for not raising produce, mines pay taxes on idle properties so the farmers can get paid, presumably for his vote. And votes are going to count this year.

The signing of two tenors to sing in the Central City opera season this coming summer has been announced by Robert J. Brown, general manager of the Opera House Association. Charles O’Neill, of Darlen, Connecticut, who won the Metropolitan Auuditions of the Air in 1957 and has sung with leading U.S. opera companies will have the role of Rhadamas in “Aida,” and it will be his first Central City appearance. John Alexander, who has sung twice in Central City productions, will sing Egardo in “Lucia di Lammermoor.”

Mr. Henry Tresize of Nederland, a brother of Mrs. Elber Lawry, is recuperating after surgery in a Boulder hospital.

Married: Miss Catherine V. Begg, of Central City, and Barry J. Bulgart, of Black Hawk, were married last Thursday evening by Justice of the Peace Lee Lyttle. They will make their home in Black Hawk.

Mr. and Mrs. Joseph Stahl, who have been visiting their son and family in Denver for a couple of weeks, returned home on Sunday.

Mr. and Mrs. Charles Gage have returned from California, and are visiting in Denver before returning to Central.

Mrs. Matthews, of Garden Grove, Iowa, motored up from Denver to spend the weekend with her son, Mr. Eugene Gomer. She returned to the valley on Monday afternoon.

Mrs. Matthews, of Garden Grove, Iowa, was the guest of Mrs. M. Bennett while in the city.

How to Make a Bacon Peanut Sandwich, by Nellie Maxwell: Fry crisp several slices of bacon. Grind half a pound of freshly roasted peanuts, mix with a good salad dressing. Spread the bread with butter or margarine, lay on the bacon and spread one slice with the ground peanuts mixed with the salad dressing. Put together in pairs.

A bolt of lightning struck near the shaft house on the Alps Mine, on Quartz Hill, Saturday afternoon, setting fire to the building, which was extinguished by James Williams and associates. Two men who were riding in a bucket up the shaft at the time felt the shock as it passed down the shaft, and were nearly knocked off the bucket. No one was injured and very little damage resulted.

According to the Denver Republican, a building permit has been granted to Mrs. Elizabeth McFarlane of Central City, for a two-story brick residence on Gilpin Street and Colfax Avenue, to cost $12,000.

Mr. W.H. Knowles, manager off the Crown Point and Virginia Mines, at the head of Virginia Canyon, last Friday closed a deal with Richard I. Hughes, of Russell Gulch, for his entire stock of seventeen horses and five ore wagons, besides harness, and everything else connected therewith, for use in hauling ore from the Crown Point and Virginia Mines. Reports are that Mr. Hughes will have charge of the teaming outfit for the company.

The new fixtures for the post office at Russell Gulch have been arranged, and postmaster Charley Wagner has been receiving congratulations on having one of the neatest offices in the county.

Mrs. Allen, who is in the county hospital in Denver, has written a letter saying that she wants to return to her relatives in Black Hawk. There is no change in her condition for the better since being shot by her husband, up to the present writing.

Died: Alderman Lamont received word this week of the death of his mother, Mrs. Mary Francis Lamont, at Montreal, Canada, at the age of 86 years.

Mr. L.M. Armstrong, who has been in the East on business matters, returned to Central City on Saturday’s coach.

Right Rev. Father Macheboeuf administered the rite of confirmation at the Catholic Church in this city, on Sunday.

Mr. D.C. Collier, one of the editors of the Miner’s Register, left for the East on Monday last, on a business trip extending over several weeks.

Dr. Updegraff had a small force of men working on the Veto Mine in Gilson Gulch.

The two days snowstorm in this vicinity during the week has proven the heaviest fall of the season.

Rev. S.F. Dickerson, of Chicago, had accepted a call to the Congregational Church in this city.

Oliver Trevillion had his right leg broken below the knee and the foot badly crushed at the Gregory Mine, the first of the week. Drs. Aduddell and Reed were called to attend the injury.

George West, editor of the Golden Transcript, was in Central the first of the week on a business mission.

Mr. Otto Sauer, of the firm Sessler & Sauer, left the first of the week for the East on a purchasing trip.

Mr. W.R. Hawkins, who had been in the East on business matters, returned to Central the first of the week.

END_OF_DOCUMENT_TOKEN_TO_BE_REPLACED

Where the dead get to tell their story By Jaclyn Schrock On Saturday, August 21, the Gilpin Historical Society held their annual Cemetery Crawl. Tickets allowed the shuttle of hundreds of guests from the Teller House parking lot to the Cemetery. Depending on v... END_OF_DOCUMENT_TOKEN_TO_BE_REPLACED