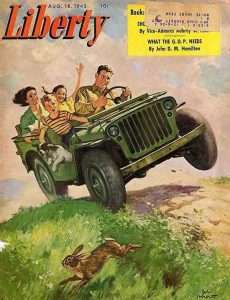 It was hard work; the wind was unbearable and there was no glamour in picking up trash. But 16 volunteer Gilpinites were braced of the task ahead last Saturday and cleaned up trash along a seven mile stretch of Highway 119—six tons of trash, in fact! Sponsored bythe North Clear Creek Association in conjunction with the Colorado Highway Department’s Adopt-A-Highway program, Highway 119 was cleared of everything from cans and bottles to car tires and mufflers all the way from U.S. 6 to Highway 279. The “collectibles” were bagged, then picked up and disposed of by Bob Dornbrock and Perry Pearce, Gilpin County residents who are highway department employees.

The mysterious disappearance of two men nearly nine years ago in Gilpin County may be nearing a solution. Two bodies, believed to be Luther “Luke” Cyburn, 63, and John McDaniel, 53 are thought to be in an inactive mine shaft near Dry Lakes. Recovery efforts began Wednesday, after clothing and hair were spotted beneath a wrecked white pickup truck about 100 feet down the mine. Clyburn and McDaniel disappeared August 14, 1981. They were last seen at the National Mine that afternoon, and were said to be headed to the Chain O’Mines to pick up a cutting torch. They were in Clyburn’s 1971 white Datsun pickup. An extensive search for the two men was launched shortly after the disappearance. Posters with a picture of Clyburn were on display throughout the area for months after the men vanished. The search lost steam as time passed and no solid clues to the men’s whereabouts surfaced. Clyburn and McDaniel were involved in mining activities in the county during a period when the industry was experiencing an upswing. McDaniel was employed by the Chain O’ Mines; Clyburn was working on his own interests in connection with the Chain O’ Mines, although he was not a Chain employee. He was the father of former Central City resident Beth Roman. The truck, along with the other evidence, was discovered in a joint investigation by the Gilpin County Sheriff’s Office and the Jefferson County District Attorney’s Office. An unidentified informant is said to have provided the tip that led officers to the inactive mine. Searchers met at 8:15 Wednesday morning, and were at the scene at 9 a.m. members of the Gilpin County Mine Rescue Team went underground to retrieve the bodies, and a crane from Clear Creek County was brought in to pull the smashed vehicle out of the shaft. As much as a ton of mud, debris, and snow filled the bed of the small ruck. It went into the shaft nose first, and was embedded in a nine-year accumulation of muck, which was frozen solid. It took over an hour for truck operator Michael Payton to tug the pickup free from the ice that held it. As it was being hoisted to the surface, the material that filled its bed was dumped forward, burying additional evidence. Once the truck was on the surface, it was another trip underground for mine rescue workers, who had to use hand shovels to uncover the buried remains. Digging continued well into the night; at 7 p.m. a fourth shift was hard at work moving muck in search of evidence. Crews were expected to be needed for many more hours before the task was complete. Although it was known Monday night that the truck—and possibly the bodies—were in the shaft after a handful of mine rescue volunteers were called out to explore the opening, full-scale retrieval operations were delayed until Wednesday morning in order to make the necessary preparations to remove the frozen-in-place truck. Observing and assisting with the retrieval were the Gilpin County Sheriff’s Office, DA’s Office, and the Colorado Bureau of Investigation. If the bodies are recovered, said Chief Investigator Clint Blackhurst of the DA’s Office, the next step will be to establish positive identification. Due to the length of time that has passed, dental records will probably be used. Once identification has been confirmed, cause of death will be investigated. Although officials declined to say anything about possible suspects or motives, they suspect murder. “Things will probably develop quickly,” Blackhurst said.

Across the Crossroads, by A.F. Mayham: The prima facie that all angels have been pictured as lovely ladies doesn’t necessarily mean that all women are angels, but we are coming to it. Before long, a man will be a curiosity in a zoo. The gals are gaining rapidly and, when the last male has vanished, all the ladies will be angels with a wide wing spread. No more need to brush teeth with gunpowder so they can pop off every once in a while, but if their wings get mixed up in a collision similar to airplanes, a pop off might be considered appropriate, but out of line with an angel. Those who prefer the water will be mermaids or aqua angels. They won’t need wings, but can navigate with their tail.

Dr. W.F. Overhulser, district superintended of the Council Bluffs district of the South Iowa Conference, will preach at St. James Methodist Church on Sunday, May 1st, at 11 a.m.

Mr. and Mrs. John Turner and Mrs. Emma Ecckeer were among those who attended the social affair in Idaho Springs Friday evening, hosted by the Royal Arch chapters of Golden, Clear Creek, and Gilpin County.

The George Snyders of Ft. Collins were weekend guests of the Norman Blakes.

Miss Kathy Springer of Colorado Springs enjoyed a weekend at home here with her parents, Mr. and Mrs. George Springer.

Mrs. Fannie Sandell of Central City was a guest of Mr. and Mrs. Frank Skankee, on Monday.

Richard Rowe of Central City is in Golden visiting his mother, Mrs. Kate Eddy. Mr. Rowe was seriously injured in a mine accident at Central City several months ago, and is now able to get around without crutches. —Golden Transcript.

Mrs. James E. Lightbourn came up from Denver last week, for a few days visit at the old home, and was the guest of Mr. and Mrs. W. O. Jenkins.

Mr. Amos B. Clark motored up from Denver on Saturday afternoon, returning Sunday accompanied by his wife and little son, who had been visiting for the past two weeks with her parents, Mr. and Mrs. G.M. Laird.

Died: In Central City, April 24th, 1930, Anna B. Tascher, of dropsy, aged 65 years, 5 months and 8 days. Deceased had been suffering from the disease that caused her death for some time past, but was unable to get relief. She was the second wife of the late Jacob Tascher, an old-time resident of Gilpin County, and has resided here for some twenty-three years. Funeral services were held at Hamllik’s Chapel in this city on Thursday morning at 9 o’clock, followed by interment in Crown Hill Cemetery in Denver.

Some twenty men are engaged in sluice mining in Nevada Gulch, as the supply of water is plenty large enough for that purpose, and reports are that all are doing well.

The second electrical storm of the year made itself known Tuesday evening, when bright flashes of lightning accompanied by thunder, filled the air which was followed by a light fall of snow.

Sinking operations will be commenced in a few days at the Phoenix-Burroughs shaft on Quartz Hill, as the necessary work of cleaning out the sump and getting everything in readiness for sinking has been arranged. This lift of 100 feet will make the shaft 1,200 feet deep.

Married: Cards have been received in Black Hawk, announcing the marriage of Dr. Fred P. Reed, of Black Hawk, and Miss Elizabeth, daughter of Mr. and Mrs. George N. Norton, of Weeping Water, Nebraska, which was solemnized on April 18th, 1900.

Married: In Nevadaville, at the residence of the bride’s parents, April 21st, 1900, Rev. Webber officiating, Thomas Eddy and Miss Agnes Henwood, both of Nevadaville.

The property known as the Veranda Hotel on Lawrence Street, has been purchased from Professor Hill by the Rocky Mountain Lodge No. 2, I.O.O.F. The second story will be used for lodge meetings.

Casey and McCann leased the Bates 8 stamp mill in Chase Gulch and were running Tierney ore.

Charles Leitzman had returned from a business and pleasure visit in the East.

The Miners Register office acknowledged a gift from Haubrich & Kurtz, brewers on the old Smith Road, of a keg of beer.

The Odd Fellows celebrated the 51st year of the Order at Turner Hall, by an entertainment and dance. An oration was delivered by R.J. Van Valkenhurg.

The Black Hawk Company was running 40 stamps crushing ore from the California Mine, which was returning from 5 to 6 ounces gold to the cord.

James Hoskins and Pascoe Hellis were both injured by a fall of rock in the California Mine. Hoskins’ injuries were reported as serious.

William Nichols had taken a six months lease on the Consolidated Gregory property.

Rev. Courtland Whitehead had presented the Episcopal Church with a fine, large bell.

Married: Captain William M. Rule and Miss Lloyd, both of this city, were reported married in Illinois and had left for the West Indies.