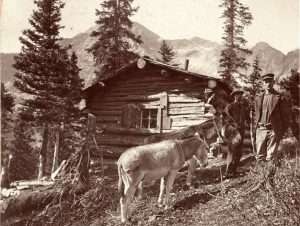 Being an election judge can sometimes be a lonesome job, but someone has to do it. Looking more like the “Maytag repair team,” Tuesday’s Black Hawk city election judges had plenty of time on their hands to catch up on local happenings, voter turnout being a dismal 20.4 percent. There are 141 registered voters in the City of Black Hawk. In the mayoral and city council election on Tuesday, 34 voters cast ballots in the uncontested election. Mayor Bill Lorenz received a total of 26 votes. There were four write-ins for mayor, two for Mike Gray, and one each for Bobby Clay and Kent Blake. The number of votes for Black Hawk Aldermen are as follows: Kathryn Eccker and David Spellman, 28; Bill Lovingier, 26; Joanne Lah, 25; Herb Bowles, 24; and Jean Bernier, 21. Bernier replaces Steve Yanchunis, who chose not to run for the office. There were 10 write-in ballots cast for alderman. Mark Mason and Alan Genter each received three votes. Paul Felton two, and Dowell Blake and Eloy Perea each received a vote. Although the Black Hawk election was uncontested, it would be been as complicated to cancel as it was to hold it, said City Clerk and Treasurer Mona Dawkins.

Esther Campbell was honored by 20 Gilpin Gaiter hikers on March 24 for her dedication as leader of the group for the past two years. After hiking in the Pickle Gulch area, the group enjoyed coffee cake and snacks at the home of Dan and Ruth Prudhomme, where Esther was presented with a gift certificate from the Image Maker in Black Hawk. Esther will no longer be heading the Gaiters’ Saturday hikes, and will be missed by the group. She has been a weekly inspiration to members. By the way, Esther has a birthday coming up soon. Happy Birthday Esther!

Recent paintings by Kelley Simms will be on display at the Mermaid Café in Central City from April 6 – May 17.

Judge Frederic Rodgers served with distinction as faculty at a special traffic court class held last month at The National Judicial College in Reno, Nevada. The course attracted 27 participants from 14 states. The course was designed for traffic court judges, presiding judges, and others involved with traffic court proceedings.

Married: Elizabeth Fonseca and Don Olhausen were married March 13, at 6:00 p.m., at St. Paul’s Episcopal Church in Central City. The ceremony was attended by the family, with dinner afterwards at the Gaslight Inn. The highlight of the evening, Elizabeth reports, was when the couple’s children rang the church bells.

Across the Crossroads, by A.F. Mayham: The sound of cocktails and the accompanying confusion similar to the building of the Tower of Babel when the confusion of tongues took place, has been tested by scientific instruments. At most any mixed party the noise almost reaches a point where it would impair the hearing. The human ear is tuned to vibrate between 1 and 85 decibels—over that the hearing apparatus becomes damaged. With the arrival of guests, naturally, the noise increases and first one and then another raise their voice so as to talk over the other, with the result that no one knows what is being said. In some clubs where a short business session is the order, first one and then another will chip in with something entirely foreign to the business in hand, and the gavel of the presiding officer has little effect. Tests show that in 25 minutes of the meeting the noise increases and in the “mature stage” the confusion remains constant up to a peak of 80 to 85 decibels and speech becomes unintelligible. The Acoustical Society ran a test on a gathering made up mostly of librarians, a group dedicated ordinarily to quietness—but they held their own at noisy chatter. Records from seven cocktail parties show a straight-line increase in noise as guests arrive. The one exception was a coffee party. Parties of from 10 to 15 guests are the worst offenders. Over that many guests, the gatherings are usually conducted on a professional basis.

Mrs. George Eustice and Mr. and Mrs. George Smith returned Saturday from California where they had spent the winter.

Dr. and Mrs. Raymond Isberg and family, Mr. and Mrs. Jack Welch, and son and Mrs. Minnie McCoy spent a part of their spring vacation at their homes here.

Mrs. Tom Kemmerling fell Saturday at her home while gardening and broke her knee. She is at the home of her daughter in Denver.

City Marshal Hinkins and his work crew made some needed repairs on the flume in Chase Gulch last week.

Ned Corbin killed his fourth mountain lion of the season last Saturday near Bailey. Mr. Corbin’s hunting dog found lion tracks and led him to them. The animal was crouched to spring at him, when Mr. Corbin sighted. He shot and instantly killed the lion as it was about to leap. The lion, a female, was one of the largest seen recently in this country. It measured about eight feet from tip to tip and weighed 300 pounds.

Died: Mrs. Helen C. Fritz. Deceased was the wife of George E. Fritz, formerly of Black Hawk, and residents of Apex and Black Hawk for over 30 years, prior to moving to Denver. She died on Friday morning, April 4th, 1930. Mrs. Fritz and her husband visited with neighbors Thursday evening, and on Friday morning Mrs. Fritz was resting on a davenport with Mr. Fritz by her side and conversing with her, when she was stricken with apoplexy, and passed away in a few minutes. Mrs. Fritz was born in Summersville, Illinois, in 1864, and was 66 years of age. During her many years residence in this county, she made lasting friendship with everyone who met her, and was esteemed and beloved by all. Christian Science services were held at the Residence Mortuary in Denver, on Sunday afternoon, and interment was in Fairmount Cemetery, Monday morning, at 11 o’clock, where services were under the auspices of Radiant Chapter, Order of Eastern Star of Denver. She is survived by her husband, two sons, Wilford of Black Hawk, and George of Denver; and two sisters, one in Illinois and the other in St. Louis. She was a member of Neighbors of Woodcraft, Order of Black Hawk, and Radiant Chapter, No. 12, Order of Eastern Star.

Ella Hallinan, a young lady of 20 summers, was found insane by a jury before Judge Flor Ashbaugh, of the county court, Tuesday morning. Some 12 years ago she fell and injured the back of her head, and only a few months ago an operation was performed, and a piece of bone which had been depressing on the brain, removed. Sheriff Thomas Cody will take her to Pueblo as soon as there is a vacant ward in the asylum.

Joseph Jones was seriously injured in the Pierce Mine on Nevada Street on Friday afternoon last, by attempting to clean out a hole that had failed to explode, and which contained the original charge of powder. He had pulled out the fuse but the cap remained in the powder, and when he commenced taking out the tamping with a tamping bar, the charge exploded. He was taken to his home on Lawrence Street, and Dr. Abe Ashbaugh and Dr. Asquith called, who made a complete examination of his injuries, and found his jaw had been broken in two places, his face and head cut by flying rock, both eyes were filled with small pieces of rock, and powder-burned, and the fingers and thumb had been blown off of his left hand, and a hole had been blown through the arm between the wrist and elbow. The doctors amputated the left hand at the wrist, and attended to his other injuries, leaving him in as good condition as was possible under the circumstances.

The Rocky Mountain Concentrator at Black Hawk has been obliged to put on a night crew, owing to the increased shipments of ore. The mill and concentrator is under the management of George Collins.

Hon. D.M. Richards returned the first of the week from Washington and other eastern cities.

Harsh & Jones were working their property on the Leavenworth Lode, which was returning 6 ounces to the cord in the stamp mills.

The firm of Mullen & Joblin, composed of Thomas Mullen and William J. Joblin, has been dissolved.

Moody and Dowell, who were operating the Casino Lode in Russell Gulch by panning and rocking the ore, were averaging $25 per day.

Mr. M. Klein was hoisting ore from the Fairfield Mine, in Russell District, which was averaging 11 ounces gold to the cord.

Henry Wolcott had refitted the King Mill, in Russell Gulch, and was operating the twelve 600-pound stamps.

Richard J. White, with three men, took out 20 ounces of gold in their gulch mining in Russell Gulch, in one week.

The Sensenderfer Mill, at the mouth of Missouri Gulch, offered to crush surface quartz for $12 per cord, and hard quartz for $15 per cord.

Married: In Denver, April 10th, 1870, at the residence of David Klein, by Orson Brooks, J.P., assisted by Julius Mitchell, Esq., William Hattenbach, of Nevadaville, and Miss Jennie Sands, of Denver.

Died: A dispatch was received by J.A. Thatcher announcing the sudden death of Mrs. Warren Hussey, of apoplexy, at Salt Lake City.

END_OF_DOCUMENT_TOKEN_TO_BE_REPLACED

Where the dead get to tell their story By Jaclyn Schrock On Saturday, August 21, the Gilpin Historical Society held their annual Cemetery Crawl. Tickets allowed the shuttle of hundreds of guests from the Teller House parking lot to the Cemetery. Depending on v... END_OF_DOCUMENT_TOKEN_TO_BE_REPLACED

Benefitting the county, schools, and much more By Don Ireland   This year marks the 30th anniversary of casinos opening in the former little mining towns of Black Hawk, Central City and Cripple Creek, Colorado. In those early years, smoking was allowed inside ... END_OF_DOCUMENT_TOKEN_TO_BE_REPLACED