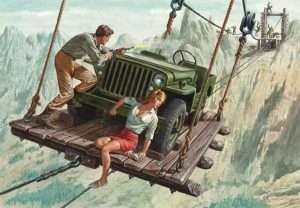 There may not be an election in Black Hawk this year, even though all six seats on the Board of Aldermen, as well as the Mayor’s job, are up for grabs. As Monday’s deadline approaches for submitting nominating petitions, only three have been turned in. In fact, just enough people have requested petitions to fill all seven seats, according to City Clerk Mona Dawkins. If there’s no contest, there’s no need to go to the expense of holding an election. So instead of elected officials, Black Hawk may well end up with volunteer officials. Unless last-minute entries are made in the race, Black Hawk, citizens can expect to have as their representatives Mayor Bill Lorenz, along with Aldermen Bill Lovingier, Herb Bowles, David Spellman, Joanne Lah, Kathryn Eccker, and Jean Bernier. That is, if all seven turn in their petitions. As of Thursday morning, only Lorenz, Lovingier and Bowles had officially entered the race. If there is less than a full slate of candidates, one or two seats can be filled by appointment. At least four candidates must seek election, however, in order to constitute a majority to make appointments. Black Hawk in recent years has gone through a substantial number of citizens on its Board of Aldermen, as numerous resignations beset the board. To run for a council seat, a person must be a Black Hawk resident and must submit a petition signed by 10 registered voters who live in Black Hawk. Petitions may be picked up and returned to City Hall on March 5.

Eagle wrestler Kaz Oba placed third in the recent district competition, not fourth as incorrectly reported in the February 16 Register Call. Congratulations, Kaz, and we apologize for the error.

J.D. Carelli was a guest on KOA Radio’s late night talk show Sunday to talk about the legalized gambling proposal for Central City and Black Hawk. Although he was supposed to be on the air for about 10 minutes, the call-in response was so great that he ended up staying for two hours! KOA staff later told Carelli that the overwhelming majority of callers were in favor of legalizing gambling, he said, but in order to present a balanced view, they aired an even number of callers from each side.

Jim Hurlbut read about Gilpin County School needing t-shirts for art classes and the Denver reader donated 100 shirts to the school! We can imagine the surprise when the more than generous donation arrived at school!

Married: Sandy Myers and Ralph Hosley, both of Black Hawk, have decided to make it official. They will be married March 3, at 1:30 p.m., at the Black Forest Inn, Judge Frederic B. Rodgers officiating.

Died: Beatrice Alberta Lampshire, 95, died February 17, 1990, at Columbine Nursing Home in Denver. She was born February 2, 1895 in Nevadaville to John James Stevens and Mary Chapple Stevens. Lampshire attended the Nevadaville School through the eighth grade and completed the ninth grade at Central City. On July 5, 1917, she married Victor Lampshire of Mountain City in Colorado Springs. They resided in Central City before moving to Denver in 1918. A homemaker all of her life, Beatrice and her husband, accompanied by their sons, Robert and Walter, visited this area often. They attended the annual Gilpin County picnic, which for years was held in Denver at Washington Park. They were also involved, along with others, who have family plots there, in the annual cleaning of Bald Mountain Cemetery. Lampshire was a member of the Order of Eastern Star. Services were held Monday, February 26, in Crown Hill Chapel, followed by interment in Crown Hill Cemetery. Beatrice’s husband preceded her in death in 1961. She is survived by her sons, Walter of Denver, and Robert of Aurora; grandson, Stanley R. Lampshire of San Jose, California; and granddaughter Cheryl L. Evans of Littleton.

Across the Crossroads, by A.F. Mayham: During these nice chilly days when one’s step livens, Uncle Ed thinks that having a dry martini with a sweet mermaid down in Florida would be hot stuff—a regular pot boiler. Ed has a well-developed wishbone, but there’s no harm in wishing. Being successful used to be one of his wishes and he is of the opinion that every man owes it to himself to be successful. Once successful he owes it to the Bureau of Internal Revenue, so if you have worries that make you cry and groan, don’t go to Ed, he has troubles of his own. In his younger and more agile days he was a silent partner in an insurance firm. One day the boss told his secretary he didn’t want to see anybody that afternoon. “If they say their business is important, just tell them ‘that’s what they all say’.” During the afternoon a woman called and insisted on seeing him. “I am his wife,” she explained. And the secretary replied, “That’s what they all say.” Another time a woman called and asked, “Is this the Fidelity Insurance Co.?” and the operator said, “Yes, ma’am.” “Well,” said the voice, “I want to arrange to have my husband’s fidelity insured.”

Received a short letter from George McLaughlin, of Lakewood, Colorado, wherein he said he was feeling quite pert again, and that he wanted to express his sincere thanks to his many friends for their many “get well” cards and letters he received while in the hospital. I rather resented his admonition at the end of the letter, in which he said: “Be good Rae.” That was decidedly unnecessary, as Ye Editor is always good.

Mrs. Cora Franklin, who conducted the butcher shop in the building below the First National Bank in this city for several months, had her hip broken ad suffered other injuries last week, when the auto in which she was riding with her son, T.J. Franklin, turned over below Idaho Springs. They lady was brought up from Denver in an ambulance on Saturday last, to her home in this city.

County Assessor William O. Ziege left for Denver Tuesday morning to meet with the assessors of the state, with tax levies of corporations of the state. His wife accompanied him, and both returned that evening.

Died: Eugene H. Teats. Deceased was a pioneer of Colorado and Gilpin County, and answered the summons at his residence in Denver, Sunday morning, at the age of 82 years. He was born at Mount Clemens, Michigan, May 3, 1847, and was a lad nine years of age when he arrived with his father, Robert H. Teats, in Denver in 1856. The family moved to Black Hawk, where his father was the discoverer of the Coaley Mine in Silver Gulch below Black Hawk, which at that time was considered the richest silver mine in Colorado. He spent his boyhood days in Gilpin County, attended the public schools in this city, and in after years became interested in mining properties in various sections of Colorado. He also held extensive interests in a gold mining company in Dutch Guiana, and traveled between Denver and South America, sometimes making two trips a year, in the interests of the Schwab and Guggenheim Company, of that country. He is survived by two daughters, Miss Helen Teats, prominent in Denver music circles, and Mrs. Guy Ferrell, of Denver; a brother, Frank, of Littleton; two granddaughters, Mrs. Robert Wynkoop, of Denver, and Mrs. Richard Upton, of New York. Funeral services were held Wednesday morning from Olinger Mortuary, Denver, followed by cremation at Riverside Cemetery.

Died: At Fitzsimmons Hospital, Denver, March 2nd, 1930, Richard Eddy, of Central City, aged 33 years. Mr. Eddy was taken to the hospital a week ago last Friday, suffering from miner’s disease, in the hope that he might get some relief from his affliction, but the hoped-for benefits did not materialize, and he passed on. His remains were brought up Wednesday morning, and funeral services were held from the Methodist Church that afternoon, followed by interment in Bald Mountain Cemetery. He is survived by his wife and four children, his mother, and many other relatives.

Bob Fitzsimmons and Tom Sharkey are matched to fight 25 rounds on or about August 1, before the club offering the largest purse, winner to take all. Both fighters have many admirers in Gilpin County, and considerable money will be wagered on the result.

Died: William Arundale, a Middle Park ranchman, was killed by being run over by the Colorado & Southern up train on Sunday afternoon, at Elk Creek. He had been at Pueblo for some time, having lost his mind on account of financial reverses, but it was thought he was entirely cured. At any rate, his wife and three children had gone to Pueblo for him, and all went well until Elk Creek was reached, where the trains stops to take water. His wife lost sight of him for a few minutes and it was at this opportunity that Arundel went out of the car, and it would seem, waited for the train to start, threw himself under the last car, and was instantly killed. The body was taken to Golden, where it was decided that no inquest was necessary. The deceased had a number of relatives living in Clear Creek County.

The Sunday’s issue said that “Mr. Owen, one of the best mechanics in Colorado, returned from the East on Thursday with a better half, in search of which he had been roaming around the world for nearly 30 years.

The first panel of lady grand jurors in the world was sworn in at Laramie City Wyoming Territory, on March 7th. None asked to be excused, and a lady bailiff was appointed.

The people of the lower part of Black Hawk were organizing a fire company of their own.

Mr. David Ettien, who had been East on a business mission, returned the first of the week.

Ore worth from $100 to $200 per ton had been struck in the Consolidated Gregory Mine, near where the Foote and Simmons Lodge crosses it.

The citizens of the county were requested to meet in Washington Hall on Saturday evening for the purpose of taking into consideration the location of a United States mint at Central City, for the coinage of gold and silver coins.

END_OF_DOCUMENT_TOKEN_TO_BE_REPLACED

Where the dead get to tell their story By Jaclyn Schrock On Saturday, August 21, the Gilpin Historical Society held their annual Cemetery Crawl. Tickets allowed the shuttle of hundreds of guests from the Teller House parking lot to the Cemetery. Depending on v... END_OF_DOCUMENT_TOKEN_TO_BE_REPLACED

Benefitting the county, schools, and much more By Don Ireland   This year marks the 30th anniversary of casinos opening in the former little mining towns of Black Hawk, Central City and Cripple Creek, Colorado. In those early years, smoking was allowed inside ... END_OF_DOCUMENT_TOKEN_TO_BE_REPLACED