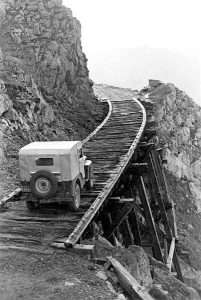 Are your children bringing home currency with funny picture on it? The elementary reading program at Gilpin School is issuing “Book Bucks” featuring pictures of elementary Librarian Martha Regula, Principal John Weishaar, and Superintendent Paul Coleman. The “Book Bucks” are given to students who reach reading goals, and can be redeemed for items at the library store or for burgers at the Copper Broiler or the Gold Coin Café. The “Read It” program began this month, and will continue through spring break at the end of March.

Start collecting Pepsi Cash Caps for Gilpin County School. The Pepsi Company will give the school a nickel for every specially marked cap collected. The money can be used to purchase books, equipment, and other items needed at the school. Schools collecting the most caps will be awarded IBM computers and WordPerfect software. Cash Caps can be found on specially marked 2-liter and 16-ounce bottles of Pepsi products. The caps may be turned in at the school, at the Kwik Mart in Black Hawk, or at the Register-Call.

If you’ve seen Claire Hagen recently and liked her new hairdo, we’re more than happy to let you know that Ardetta Robertson is the one responsible for Claire’s new look. A graduate of Roffler’s Academy of Hair Design in Lakewood, Robertson has opened The Image Maker salon in Black Hawk. She offers a wide variety of services, including shampoos, haircuts (for men, women and kids), beard trimming, perms, and hair color. She counsels on skin case, color analysis, makeup, facials and waxing, and offers top to bottom service, right down to manicures, pedicures, and artificial nail sculpting. She even sells a complete line of beauty supplies! The Image Maker is located in the Black Hawk Laundromat building, and is open Monday through Saturday from 8:30 a.m.- 6 p.m., except on Wednesdays, when the hours are 1 p.m. – 6 p.m. Appointments are recommended, and the prices are very affordable. Robertson, along with her husband Steve and their children, have lived in Gilpin County for 10 years.

It’s either something in the water or a bug in the air. Three employees of the Sheriff’s Office are planning weddings soon. Deputy Gary Ledstrom and Debbie Fahrni have set June 2nd as their wedding date. Also engaged are Deputy Jon Bayne and Kelle Lake, and Dispatcher Chris Bletscher and Kent Miner.

Gilpin County High School studying marine biology in Palacios, TX, during spring break will be the subject of a PBS documentary to be filmed by the University of Houston, reports Principal John Weishaar. The documentary will be aired on the TI-IN Satellite Network locally on March 27.

Michelle L. Mills has been promoted to the rank of senior airman in the U.S. Air Force. She is the daughter of Gary L Hendricks of Gilpin County, and Terry L. Hite of Mt. Pleasant, IA. Mills is an imagery interpreter specialist at Offutt Air Force Base, NE, where she is with the 544th Intelligence Exploitation Squadron.

Across the Crossroads, by A.F. Mayham: The exhausted roosters of the Knights of the Rail enjoyed the heatwave the other day when the thermometer, wending its way up to the 20s, gave impetus to the pent-up budding spring fever aspirations. It was rather difficult for some to get through the rail with stooping low but then some of the members reminded others that he who stoops low shall be exalted or exhausted. And another neophyte member was accorded the speakers’ floor while he dissertated on the month of February having 29 days with Lincoln’s and Washington’s birthdays, also St. Valentine’s anniversary. As Lincoln was both a rail splitter and president he was elected as an honorary member. When Washington crossed the Delaware and surprised the enemy on the Jersey shore, he and his men had to stoop low under some dogwood bushes that lined the bank, so he too, was exalted to the presidency, and created a precedent for followers among the exhausted roosters of a dying generation. One can discern that the Order is mostly academic, but occasionally an elementary subject will be brought up bordering on what might have been and why the dog didn’t catch the rabbit, or why Maude Muller didn’t hogtie the Judge when he rode by on his steed and asked for a cool drink. She had to desist hay raking and a few man hours were lost while the judge told her “a sweeter draught from fairer hand was never quaffed.” And that’s where Maude slipped but is immortalized among the things “that might have been.”

Mr. and Mrs. George Springer left yesterday morning for Denver, where they will board a plane for California to spend a month’s vacation there. During their absence, Mrs. Gladys Daugherty will be the dispenser of prescriptions, cokes, ice cream, popcorn, etc., and hours will be 3 p.m. to 5 p.m. on weekdays, and 10 a.m. to 5 p.m. on Saturdays and Sundays.

Died: Edward H. Lewison died in Denver last week and was buried at Fort Logan cemetery, with services conducted by Central Lodge No 6, A.F. & A.M., of which lodge he was a member. He was a former resident of Central City and was in the employ of the Chain O’ Mines in the early 30’s. He is survived by his wife, one daughter, and a brother and sister.

Died: Former editor and publisher of the Mining Record, Chas. E. Newmeyyer, passed away last Thursday after a lingering illness, aged 73. Formerly of Cripple Creek, he became a reporter for the Record which was published in Colorado Springs. In 1915, he bought the paper and moved to Denver. He sold his interest last October and retired. His former partner John Moyer passed away a year ago. Both men were well known in mining circles across the country. The Record was always a strong advocate for gold and hard money, and his editorials carried a punch. He leaves two sisters, Mrs. Joan West and Miss. Rose Newmeyer.

George Fuhrman is laid up with a severe attach of pneumonia at his residence in this city, and the reports are, at the time of going to press, that he is improving.

Richard Rowe was brought to Golden Sunday from St. Luke’s Hospital, Denver, where he has been recovering from injuries received in a mine accident in Central City three weeks ago. He expects to return to his home in Central this week.—Golden Transcript

Died: Mrs. F. H. Clark. Mrs. Pheobe J. Clark, widely known in Colorado educational and church circles, died Saturday night at her home in Denver. She had been in ill health for several years. The daughter of a Congregational minister, Mrs. Clark was born in Saratoga, N.Y. Later her family went to Michigan, where she spent her girlhood. She attended Drury College Springfield, MO, and graduated from Kansas University. She was a teacher for several years in public schools in Kansas, where she married F.H. Clark, then superintendent of schools at Beloit. They came to Colorado more than 20 years ago and spent several years in Aspen, Florence, and Central City before coming to Denver. During the World War they were in Seattle, where Clark was a Y.M.C.A. secretary at Camp Lewis. They returned to Denver last September after spending four years in Alaska, where Clark was in government service. Besides her husband, Mrs. Clark is survived by two daughters, Mrs. Winifred Riggs, Denver, and Mrs. C. E. Shipman, Miles City, Montana; a son, James Ashley Clark, Maracaibo, Venezuela; a sister, Mrs. H.H. rood, Denver, and two brothers, Dr. W.H. Ashley, Dawson, N.D., and Edwin H. Ashley, Denver.

Thomas Reynolds and C.E. Wagoner, two convicts who escaped from the penitentiary in Canyon City with Wallace and Woodee last week, called a residence in Florence Friday evening and asked for an old hat, giving an excuse to the lady for being bareheaded. She gave them an old hat then, when the men left, told her husband, who notified the police, and in a roundup Reynolds was captured, while Wagoner escaped. While Reynolds was being taken back to the penitentiary, a vigilance committee took him away from the officers and hung him from a telephone pole in plain view of the pen, and an awful warning to other inmates of that institution to try a similar escape. If Wagoner is caught, he will suffer a similar fate at the hands of the committee.

Albert Gundy, of Quartz Valley, who has been ill with an attack of la grippe, is slowly recovering. During his convalescence his brother Henry is driving the milk wagon.

Mrs. William Lehmkuhl, who had been attending to business matters during the week, returned to Denver Saturday.

Wooden tamping bars are now being used by many of the mines of the county since the verdict was given by the court in Denver in favor of John Morgan, who was blown up in the Cook Mine while using a steel tamping bar in charging a hole filled with powder. The wooden tampers will no doubt become universal throughout the camp.

At a meeting of the stockholders of the Rocky Mountain Bank, held the first off the week, Herman Kountze was elected president; J.S. Raynolds, cashier; T.H. Potter, assistant cashier; Charles B. Kounize and William M. Roworth, directors.

A gold retort weighing 420 ounces and valued at $8,400 was deposited at Warren Hussey’s bank the first of the week. The retort came from mill ore from the Briggs Mine.

Professor H.M. Hale hads resigned as principal of the public schools of the city, and Mr. Ambrose had been elected to fill the vacancy. The other teachers in the school were Miss Ryland, Miss Kirtly, and Miss Randolph.

END_OF_DOCUMENT_TOKEN_TO_BE_REPLACED

Benefitting the county, schools, and much more By Don Ireland   This year marks the 30th anniversary of casinos opening in the former little mining towns of Black Hawk, Central City and Cripple Creek, Colorado. In those early years, smoking was allowed inside ... END_OF_DOCUMENT_TOKEN_TO_BE_REPLACED