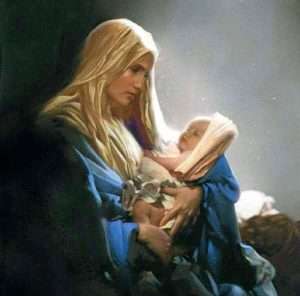 Jeanne Nicholson isn’t asking the county to provide additional insurance to its employees for drug and alcohol treatment, as indicated in last week’s paper. That coverage is already provided. What the county nurse is seeking is a change in county personnel policy to recognize substance abuse as an illness rather than as a disciplinary problem which could result in termination. “I’m not asking for more or less,” Nicholson said Tuesday. What she is asking is that personnel policy be made compatible with the present insurance policy. Since county health insurance covers treatment of substance abuse, Nicholson wants employees who wish to be treated to be allowed the same sick leave and benefits as any other employee who is ill, whether it be heart disease, cancer, or a broken leg. This would require a change in the wording of the county’s personnel policy.

Died: Louis Hrouda, Jr., died at Lutheran Medical Center in Wheat Ridge, Friday, December 22nd, 1989. He was 57 years old. Born May 12, 1932, in Omaha, Nebraska, he was the son of Marie (Polito) and Louis Hrouda, Sr. In 1937, he moved with his father, sisters and uncle to a cabin in Apex. His father was a miner. He attended school in Central City until the family moved to golden in the mid-40s. Hrouda was in the Army from 1951-1953. While in Korea he was wounded and awarded a Purple Heart. He attained the rank of sergeant. Hrouda worked for Ramstetter Excavating for 22 years. Louis and Mary Hrouda married on December 9, 1955. They lived in Golden. In addition to his wife, he is survived by daughter Laurie Dore of Central City, and Jonni Hrouda of Lakewood; sisters Mildred Hrouda of Golden, Marianne Holden of Northglenn, and Helen Pratt of Philadelphia, PA; and grandson Kris Dore of Central City. Services were Tuesday, December 26th, at the Archdiocese of Denver Mortuary and at Fort Logan National Cemetery.

Across the Crossroads, by A.F. Mayham: It seems that the sun sets sometime or other on everything except the British Empire. Often it sets in a glorious spectacle and is admired by many who have an eye for things beautiful and, once in a while, it sets among stormy indications but those conditions clear up and everything is apparently serene for a while. Akin to the natural trend of things is the feud between Bob Palmer of the Colorado Mining Association and the new Metal Mining Fund appointees. The fund is a levy on mining properties in the state and was created during Gov. Adams administration, who is reported as saying when he signed the bill, that it was without foundation and could be kicked out in opposition developed strong enough. The fund, which amounts to some $40,000 a year it seems, has been used for years to bolster and pay expenses of the Mining Association. As all miners know, Bob runs the association affairs to suit himself with the aid when necessary, of so called “yes” men. Preferred “free-loaders” have been accorded choice spots at banquets and sowbelly dinners. As far as can be ascertained, mining itself received little, if any, benefit from the fund, so the new board would like to see a financial statement of the Association, something no one has been able to pry loose up ‘til now. If the Association’s continuance depends on the Metal Mining fund, the Board would like to know how much. Apparently Bob isn’t going to sit idly by and witness his setting sun like the couple who stood out there in the twilight glow.

Clyde Dunahay was down from Wyoming, Wednesday, to spend the day while attending to matters of business.

The Susannah Wesley Society will meet Monday, January 11th, at the Grubstake for luncheon at 12 noon. Mrs. Carl Skagerberg will be hosting.

Married: Miss Carol Braning and Mr. David Calvert were married Sunday at the home of the groom by Rev. Perigo of Skyline. The bride is the daughter of Mr. and Mrs. Ted Braning of this city. The young people attend Gilpin County High School.

Mr. Ben Purdy, who has been in ill health for some time, entered Colorado General Hospital on Tuesday for examination.

Miss Marie Garwood is now teaching at the Black Hawk School, due to the resignation of Mr. Moya. There are ten pupils in the school.

Mrs. Nancy Dawkins, who has been visiting her daughter, Mrs. Everett Thompson, for the past month, left Wednesday for her home in Albion, Nebraska.

Mr. and Mrs. W.O. Jenkins left for Denver on Saturday last for a couple of days visit with relatives and friends.

Morris Hazard, clerk of the district court, who has been confined to his rooms for some time past with several ailments, was up and around again the first of the week attending to business mattes, and felt like himself again.

Died: Harry Armfield received a telegram from Bixby, Oklahoma, dated December 26th, 1929, announcing the death in that city on Wednesday, December 25th, 1929 of Frank Mayhew, at the age of 73 years. Mr. Mayhew arrived in Nevadaville some fifty years ago, and followed the business of ore hauling and operating a livery stable, later moving to Central, where he continued in the same business until some 20 years ago, when he moved to Kansas and later to Oklahoma. He was a member of Nevada Lodge No. 4 and Central Chapter No. 1, A.F. & A.M. He is survived by his widow and a brother, Henry Mayhew, of Denver. Funeral services were held on Friday. Interment in Bixby, Oklahoma

Died: In Central City, December 28th, 1929, at the residence of James Johns, Mrs. Grace Ann Dunstan, aged 57 years. Deceased was brought in from the Dunstan ranch some time ago, suffering from serious ailments, and taken to the home of her sister, Mrs. B.T. Moyle, in Russell Gulch, where she could have care and attention, and later was brought to this city, to the home of Mr. Johns, on Gregory Street, where she answered the summons. A hard working and industrious woman, with a large circle of friends, who mourn with the husband in the loss of a loving and affectionate wife. Besides her husband, she is survived by two sisters, Mrs. B.T. Moyle, of Russell Gulch, and Mrs. Cook, of Montana, and a brother, Ned, of New York City. Funeral services were held on Tuesday afternoon from the M.E. Church in this city, and were largely attended by friends of the family. Interment in the City Cemetery.

Miss Marguerite Rodda, of Aspen, is visiting her grandma, Mrs. Morgan, and other relatives in this city.

Mrs. VanNell and daughter, of Chicago, are at the Teller House, on a visit with Grandpa and Grandma R.L. Martin.

Mr. Antone Sessall, who has been laid up with an attack of pneumonia, had so far recovered so as to go to Denver on Sunday last, where it is hoped the change will prove beneficial.

There are quite a number of cases of Scarlet Fever throughout the county at the present time, and a good snow storm is earnestly looked for to change weather conditions.

Finer winter weather, such as we have been having for several months past, has not been seen throughout the state of many years.

Sherman T. Harris, mine foreman on the Topeka Mine in Russell Gulch district, visited Henry P Lowe in Denver last Sunday, and reports that gentleman as getting along nicely.

Arthur Millett of the Teller House has been confined to his room during the past week with a severe attack of typhoid fever.

The old buildings of the Illinois Mine on Quartz Hill, were destroyed by fire Friday afternoon. The people living in the surrounding cabins had an exciting time in saving their homes and belongings

James Hill of Nevadaville, was seriously injured in the Concrete Mine on Sunday afternoon, by a bucket becoming loosened from the cable and striking him on the left side, and both pelvis bones and hip joint were badly broken.

Editor David C. Collier, of the Register Call, left for Denver the first of the week on legal business, and Sam Cushman filled the vacancy until his return.

New Year’s Day was spent by the ladies of this city and Black Hawk in receiving calls, and the day was recognized as a holiday.

END_OF_DOCUMENT_TOKEN_TO_BE_REPLACED

Where the dead get to tell their story By Jaclyn Schrock On Saturday, August 21, the Gilpin Historical Society held their annual Cemetery Crawl. Tickets allowed the shuttle of hundreds of guests from the Teller House parking lot to the Cemetery. Depending on v... END_OF_DOCUMENT_TOKEN_TO_BE_REPLACED