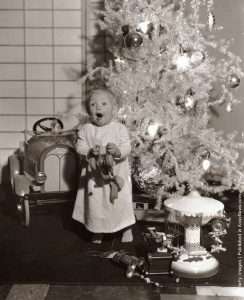 Central City’s Golden Rose Hotel has new owners. Stuart Boulter and Lou Hassoun are the new owners, and the hotel’s new name is the Golden Rose Inn. The partners have no plans for physical changes to the hotel, according to Boulter, but plan “heavy promotion for the city.” The men assumed ownership of the historic property on December 15.“We are delighted to be part of the community,” Boulter said. He credited Suzanne Travis, general manager of the Golden Rose, with maintaining the historic beauty of the Golden Rose, and said it is primarily due to her work and vision that the hotel has maintained its quality and charm. Boulter and Hassoun hosted a cocktail party at the hotel Sunday evening to introduce themselves to the community.

Master goldsmith Herb Einwiller held a showing of his distinctive jewelry at the Golden Rose Hotel on December 9 and 10. Working in both gold and silver, Einwiller creates unique designs, some with brilliantly cut semi-precious stones. In addition to the jewelry Einwiller displayed at the Golden Rose, he does custom design work. He and his wife Anni, a massage therapist, are residents of the county.

Marine Pvt. Aaron M. Anderson, son of John A. Anderson of Black Hawk, has completed recruit training at Marine Corps Recruit Depot in San Diego, California. During his 13-week training, Anderson learned the basics of battlefield survival, and was introduced to the typical daily Marine Corps routine. He participated in physical conditioning and gained proficiency in first aid, rifle marksmanship, and close order drill. Teamwork and self-discipline were emphasized throughout the training session. A 1989 graduate of Pomona High School in Arvada, Anderson joined the Marines in July.

Born: Mary and Floyd Biles II announce the birth of their first child, a daughter. Courtney Elise was born November 177 at Boulder Community Hospital. She weighed in at 8 pounds, and measured 20 ¾ inches. Former residents of Gilpin County, Floyd and Mary now live in Longmont. Courtney’s grandparents are Floyd and Thelma Biles of Benbrook, Texas; Dan and Thersa Hirst of Washta, Iowa; Leo Schleimer and Donna Hansen, also of Washta. Great-grandparents are Grace Kincheloe of Mansfield, Arizona; Clifford and Ruby Fairfield of Central Point, Oregon; and Francis Schleimer of Danbury, Iowa.

Across the Crossroads, by A.F. Mayham: When turning over a new leaf for the coming year, those who have trod the straight and narrow but have been pushed off once or twice, should have discovered by this time that being good is devoid of fun as some view the situation. “Good,” of course, is subject to translations and interpretations as those who perform the transmigration see fit to accommodate the process to their particular way of figuring the square root of the sum total so that a clear conscience is maintained in balance to suit all occasions that friends might question. Uncle Ed would like to remind those who pretend to be friends when occasion demands, that “reproach or mute disgust is the reward of candid friendship.” Tough situation, so when turning the leaf, pick one that best lends a flexible, elastic propensity, one that won’t be crumpled when you are pushed off “the straight and narrow.”

Today you can start keeping and abiding by your New Year’s resolutions. If you make any, keep them. However, resolutions and like promises are only made to be broken.

What may have been a serious accident occurred Sunday afternoon, when a car containing three adults and children from Golden skidded on the ice in front of the Lost Gold Mine on Eureka Street, sliding into the flume and overturning due to the hazardous icy condition of the road. Fortunately, no one was injured.

The cross on the Ida Kruse memorial on Gunnell Hill, emblazoned with red and green electric bulbs, is a most beautiful spectacle and can be seen by everyone entering Central City from Black Hawk. It beams a message of the Yuletide Season to every resident and visitor and proves that Central City is the land of promise.

The fire siren, after a silence of several months, poured out its eerie note Sunday afternoon, when it was reported a fire between Central City and Nevadaville could be observed by a red glow on the horizon. The fire truck and volunteers responded, and it was found that the setting sun’s shadows on the clouds made this phenomena. Tuesday morning at 1:30 a.m. the siren again sounded its sound, and it was found to be a burning mattress at the Smith home between Central City and Black Hawk. It was extinguished with little difficulty.

How to Make Beef Birds, by Nellie Maxwell: Take a thin slice of round steak and cut into two inch strips; on each lay a small piece of fat salt pork or a strip of bacon if the smoked flavor is liked, season well, roll up and skewer with toothpicks. Brown in a little hot fat, add a sliced onion and a tablespoonful of water, cover in a Dutch oven or Scotch kettle and simmer for several hours over low heat. Serve with baked potatoes. For the gravy, thicken the gravy from the kettle.

Will Liddecoat, who has been under the doctor’s care, suffering from pneumonia, is reported as improving.

Mr. Nate Sears arrived from Cripple Creek on Monday, to spend the holidays here with his family. He has a large amount of contract work on hand in that camp, where building is lively.

Miss Marion Withrow and brother Edgar, who are attending the State University, arrived home Saturday to spend the holiday season with their parents.

The new shaft house on the California Mine on Quartz Hill, which is to replace the one destroyed by fire a few months ago, is progressing favorably and will soon be ready for the machinery. The water is now being held at the 1,700-foot level in the Hidden Treasure shaft, which work will continue until the machinery and everything is in place on the main shaft. Mr. A.L. Collins is superintendent of the company, with R.M. Jessup, assistant superintendent, and John Prouse, mine foreman.

The Saratoga and Gaston properties in Russell Gulch District, having been operated by an average working force of 40 men during the year, carrying on development work from the 3rd to the 9th levels, and the average monthly production has been about 250 tons, most of a milling character. The Cornish pump is handling from 130,000 to 150,000 gallons of water daily, and has no trouble in keeping the water down to the bottom of the pump. Mr. E. LeNeve Foster is general manager, and R. E. Nelson, mine foreman.

John W. Ratliff, postmaster of Nevadaville, had received word from Washington that the name of the post office had been changed to “Bald Mountain” on account of the similarity of the nickname Nevada, Colorado, to Nevada, California.

The Plumb Brothers’ stamp mill in Illinois Gulch was running steadily on custom ore from the Illinois and Roderick Dhu Mines.

Hon. Hugh Butler had just returned from a business trip to California.

The mail leaving this city on Friday, December 24, was robbed fifteen miles from Cheyenne, and sixty cavalrymen were sent after the robbers, capturing them in the Black Hills section, and took them to Fort Russell.

The Rocky Mountain Turnverein gave a New Year’s dance and comical entertainment at their hall Friday evening. Those on the committees were C. Patz, Charles Steinle, H. Brockman, Elias Goldman, and Henry Altvater.

END_OF_DOCUMENT_TOKEN_TO_BE_REPLACED

Benefitting the county, schools, and much more By Don Ireland   This year marks the 30th anniversary of casinos opening in the former little mining towns of Black Hawk, Central City and Cripple Creek, Colorado. In those early years, smoking was allowed inside ... END_OF_DOCUMENT_TOKEN_TO_BE_REPLACED

Benefitting the county, schools, and much more By Don Ireland   This year marks the 30th anniversary of casinos opening in the former little mining towns of Black Hawk, Central City and Cripple Creek, Colorado. In those early years, smoking was allowed inside ... END_OF_DOCUMENT_TOKEN_TO_BE_REPLACED