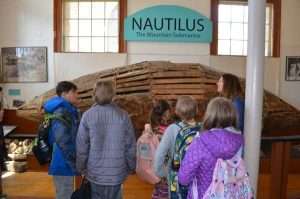 Questions raised by nearby residents caused postponement of the renewal of the special use permit issued last year to the Bates-Hunter Mine in Central City. At the May 3 meeting of the Central City Council, the residents voiced their complaints about the level of noise generated at the operation, along with concerns about water being discharged in Gregory Gulch. At the recommendation of City Attorney Jerry Devitt, the aldermen voted to continue the meeting on May 17 at 4:30 p.m. This will allow Central City Consolidated operator of the Bates-Hunter time to gather various documentation necessary for the city to verify the operation is in compliance with state and federal regulations before making a decision on the special use permit renewal. Among the paperwork Devitt has asked for are a discharge permit, a specific plan for keeping noise within the limits of city ordinances, a reclamation permit from the Mined Land Reclamation Division, and removal of all equipment and material stored at the site but not related to the current exploration work.

Darren Ward was named Student of the Year, and Ian Blackburn, Teen of the Year by the Central City Elks Lodge at an ice cream social held May 6. Selection this year was especially difficult, said Elk Larry Turner, who headed up the selection committee. This year’s crop of kids is filled with capable, hard-working individuals, which is wonderful, he said, but it makes picking two as outstanding above the rest a tough task. Ward is active in athletics and has maintained an excellent grade average, Turner explained. Blackburn has participated in Student Council and numerous other extra-curricular activities. Both boys are graduating seniors at Gilpin County School.

A horse-drawn wagon and a red shuttle bus will run the streets of Central City this summer, transporting visitors up and down the main thoroughfares. Permission was granted by the city council to Jim Crawley and Tim Sullivan to operate the horse-drawn vehicle under the name of Central City Cattle Company, and to the Gilpin County Chamber of Commerce to operate the van. Pulled by two Belgian draft horses, the wagon will ply the streets from the upper free parking lot, down Roworth and Spring Lawrence, up to the Opera parking lot, then back down to Main and up Nevada. Stops will be made along the route and passengers can get on and off at any stops they please. The price of a ticket will be nominal, probably around $1, according to Crawley and Sullivan. The Chamber Shuttle will follow a similar route, but will go all the way up Eureka past the Lost Gold Mine and back down Prosser Street to town. The Chamber will be making two or three runs a day to Black Hawk, with two or three stops there. Fares will be low, said Chamber members. Both shuttles will operate continuously throughout the day, and both are expected to be in operation by Memorial Day weekend.

Across the Crossroads, by A.F. Mayham: The association of National Purchasing Agents reports that the unstable prices of copper and lead has resulted in these items being both up and down. Depends on when the buyer entered the market. On the upside are paper, vegetable oils, lumber, control instruments, electrical equipment, menthol and mercury. On the down side are steel scrap, coal and linseed oil, while in the short supply column are steel products and helium. Part-time secretaries at $12,000 a year wasn’t mentioned, but it is presumed that many secretaries would jump their present job and grab the $12,000 situation and in that case secretaries would be on the on the upside. During the steel workers controversy it has leaked out that some union members have come to the conclusion that a raise in wages only means feeding inflation and that they were better off at reduced wages, more take home pay, and their dollar bought more goods than at present high wages. In recent years the warped attitude of unions seems to have resulted in the debasing of their own genii. Sort of a split soul condition.

In memory of the Gold Rush Days, the Gilpin Historical Society and the Gilpin County Volunteer Fire Department will have a costume dance June 6 at 8:30 p.m. at the Central City High School gymnasium. The public is invited. Al Fike, a comedian, will be master of ceremonies; Ernie Kemm will play the piano, and George Morrison’s orchestra will play.

Well, let’s talk about the weather. It’s rotten, but I cannot express my thoughts, as I do not use that kind of language, and further, the Postal Authorities deny me the privilege of putting my thoughts on paper.

Mr. George Nelson drove up from Longmont Thursday to attend the Black Hawk Masonic Lodge, and remained the rest of the week to get in some fishing, and visit with his sister, Mrs. Alice McKenzie.

It is reported that the Peak to Peak business has been sold to parties from Wyoming and they expect to take over shortly.

Sheriff Tom Collins and Leo Cull were in Denver Wednesday where they attended an FBI meeting.

Mr. Melvin C. Lester was up from Denver Thursday night to attend initiation ceremonies at the local Masonic Lodge.

Died: Mrs. Luella Fritz received a phone call Friday from Mrs. Arnold Dunstone of Teaneck, New Jersey, telling of the death of Arnold caused by a heart attack in the office of his doctor that morning.

Clifford I. Parsons and wife returned Saturday evening from an extended visit with relatives at Canyon City.

Mr. H.H. Lake and wife came up from Denver Monday, and will occupy their home here on West High Street for the balance of the summer months.

Reuben McKay and wife and her brother motored up from Denver Sunday morning, on a short visit with his father, Neil McKay and friends, returning during the late afternoon.

Mr. and Mrs. Dukes and children motored up from Denver Saturday afternoon, to spend Sunday with her parents, Mr. and Mrs. Robert C. Johnson, returning home during the afternoon.

Wilfred Fullerton, vice president of the First National Bank, came up from Denver Wednesday morning to attend to business matters at the bank, returning during the afternoon.

Dr. William Muckow, accompanied by a party of four men from Evanston, Illinois, arrived on Thursday of last week in this city, and an opportunity given the visitors to see the mines and mill of the Chain O’ Mines Company, in which they are interested.

Died: Rudolph Tonn. Deceased was a former well-known resident of Gilpin County, and died at the home of his daughter, Mrs. W. Thompson, Denver, on May 10th, 1929, at the age of 80 years. He was born in Germany in 1849, came to America in 1872, and to Colorado in 1879, and located in this city. For years he conducted a blacksmith establishment in Nevadaville, and did most of the work in that line in that portion of the county. He organized the first Redman’s Lodge in Colorado in 1878, in this city, and was one of the officers elected to conduct the same. He was a member of Nevadaville Lodge of Masons, and a member of Central City Lodge, Order of Elks, and is survived by his wife, Mrs. Annie Tonn; a daughter, Mrs. Rachel Thompson; a son, William, all of Denver. Funeral services were held from the Rogers Mortuary on Monday afternoon. Interment in Crown Hill Cemetery.

William Gilbert left for Denver the first of the week on a visit with friends and the hope that a change to a lower altitude would prove beneficial to his health.

Mrs. A. H. Galbraith and son, of Denver, arrived this week to join Mr. Galbraith, employed at the Cook Mine, and have gone to housekeeping on Eureka Street.

Mr. Eben Smith, the well-known mining man of Denver, accompanied by a Mr. Reed, also of Denver, were in Central on Tuesday, and contemplate starting up the Buell Mine in the near future.

Saturday was the big pay day of the camp, and with the amounts paid out on the 10th, and other regular pay days by the Cook and other mining companies, it is a safe estimate to say that from $125,000 to $150,000 was disbursed among the miners of the camp.

The working force at the Fisk Mine, on Bobtail Hill, now numbers 60 men on the day and night shifts, and work is being steadily prosecuted in the lower levels of that well-known property. The daily shipments of ore now average 70 tons, mostly milling ore, and at the end of the month regular shipments of smelting ore, running from 75 to 100 tons, are made to the sampling word, both grades carrying good values.

Married: In Golden, May 15th, 1899, John Pell of Nevadaville and Miss Maude Roberts, of Golden.

Married: Mr. Hugh DeFrance and Miss Olive Perrington, both of Golden, were married in Denver last week. The groom is the son of Judge A.H. DeFrance, of the district court, and is well known in the county.

The mine reporter of the Register made a visit to the Briggs Mine and was shown through that property by Charles Briggs, one of the owners, and James Hutchinson, the mine foreman. The main shaft was 400 feet in depth, and the main work was being carried on in the lower west level, where the crevice was 11 feet wide, mostly milling ore. A force of 13 men were working and 35 cords of ore was taken out weekly, which as returning 6 and one half ounces gold to the cord in the mills, the smelting ore being shipped to the Hill Smelter, in Black Hawk, netting $60 per ton.

A.M. Jones and company had just opened into a nice body of ore, after sinking through the cap rock of the California Mine, the crevice showing 2 and one half feet in width, and was yielding 8 ounces gold to the cord.

A man named Remind had his arm badly crushed in the machinery at the California reduction works, and Dr. Aduddell was obliged to amputate it.

END_OF_DOCUMENT_TOKEN_TO_BE_REPLACED

Where the dead get to tell their story By Jaclyn Schrock On Saturday, August 21, the Gilpin Historical Society held their annual Cemetery Crawl. Tickets allowed the shuttle of hundreds of guests from the Teller House parking lot to the Cemetery. Depending on v... END_OF_DOCUMENT_TOKEN_TO_BE_REPLACED

Where the dead get to tell their story By Jaclyn Schrock On Saturday, August 21, the Gilpin Historical Society held their annual Cemetery Crawl. Tickets allowed the shuttle of hundreds of guests from the Teller House parking lot to the Cemetery. Depending on v... END_OF_DOCUMENT_TOKEN_TO_BE_REPLACED