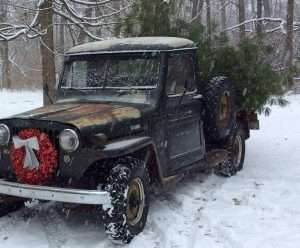 Thanks to Earl Lawrence Construction Company of Littleton, there will soon be an additional parking lot at the Gilpin County School. Lawrence donated the use of a bulldozer, an operator, and a day and a half of labor to grade a large area between the transportation building and the gym. It will provide a convenient spot for folks attending events there to park. Although final smoothing out will be required once the ground thaws, Superintendent Paul Coleman is delighted at the progress.Coleman has been working on the project for a year now, and was finally put in touch with Lawrence by the Colorado Contractors Association. Since the Littleton firm was doing other work in Gilpin County at the time, the association suggested that Coleman give them a call. Lawrence generously donated all necessary work and equipment for the job. Gilpinites can expect to find plenty of parking at the school in the future.

Elizabeth Fonseca, Gilpin County School’s art teacher, has been signed to instruct an art course on the nationwide TI-IN Satellite Network. Fonseca is one of only two art instructors in the nation to be selected by TI-IN for the spring term. Her class will air throughout the nation to participating school systems. Her program “Developing and Integrating Your Art Curriculum,” will present ideas for integrating aesthetics, art history, art production, and art criticism into a curriculum which can be expanded beyond art into other subject areas, such as geometry and social studies. It is geared toward art teachers at the junior and senior high school level. The TI-IN system is in place at Gilpin County RE-1 School this year for the first time. It was obtained through a grant and offers a wide variety of classes that would otherwise be unavailable to local students, teachers, and administrators.

Just in case you weren’t aware of it, icy roads are slickest at around 30 degrees. The reason is that it’s just warm enough that the ice retains more moisture than when it gets colder and freezes hard. This driving tip comes from Gilpin County Weather Watcher Bille DeMars.

The Spanish students of Gilpin High School held their first annual Spanish Christmas celebration on December 1. “Fiesta de Navidad,” began at approximately 6:30 p.m. It was held in the high school library which was brightly and elaborately decorated for the occasion. The Spanish students and their families were all invited to attend. Those who came to the fiesta were asked to bring a Spanish dish. This led to a wide variety of Spanish foods. Everyone enjoyed more than their fill as they sampled all the different dishes. After dinner, parents were treated to a special program put on by the Spanish students. The first performance in the program was a juggling act to Spanish music by Rick Woodcock. Next on the agenda was the singing of La Bamba, Dias de Navidad, Nochi de Paz, and Cascabel. Tammy Woodcock and Tammy Joy then performed “Languages of the Fan.” Danny Williams wrapped up the program by reciting “History of the Poinsettia.” A poinsettia was raffled off and the winner was Leslie Williams. The formal program came to an end, but the night was not over. Excitement filled the air as preparations for the breaking of the piñata went underway. Todd Crawley delivered the first breaking blow and a burst of candy flew through the air. It took many more hits to finally shatter the piñata and bring down the remaining candy. The last honors of breaking the piñata went to Valerie Swanson, Spanish teacher at Gilpin RE-1. The fiesta was a great success and everyone had a great time. We all anxiously await next year’s party, and hope it will be equally as wonderful. Special thanks to Ms. Swanson who made everyone possible. The Spanish students would like to wish all of Gilpin “Feliz Navidad.”

Across the Crossroads, by A.F. Mayham: Despite adverse conditions, some of the larger mining companies manage to pay dividends. Homestake pays a quarterly dividend and an extra at the end of the year. Alaska Juneau, aside from the aviation concern recently acquired just declared a quarterly dividend of 17 cents a share. Some Canadian gold mines are regular payers, but Canada is friendly toward mining as mining contributes about a third to the national income. Maybe due to fewer politicians and a conglomeration of business men with an eye to the future welfare of the state.

Due to the number of Christmas ads from various companies around town, this week’s local news has to be put on a pause until next week. We wish everyone a very Merry Christmas from the Register Call!

Sunday visitors at the home of Mrs. Emma Eccker were her son Paul and family, and her brother Fred Avery and wife.

Frank Bennett, who was recently discharged from the Army, is visiting his mother, Mrs. Hazel Rudolph and Gus.

Morris Steen was in a Denver hospital for surgery. His wife Martha, and Mrs. John Anderle brought him home on Monday.

Jerry Addyman is home after being discharged from the Army, in which two years were spent in Germany.

Mrs. Frank Fleiss is slowly improving, though still confined to her bed, according to her husband, who was in Denver to see her Monday.

Dr. Muchow, president of the Chain O’Mines Company of Evanston, Illinois, his secretary, Miss Hart, and a number of stockholders of the company, spent a portion of last week in this city, on an inspection tour of the holdings of the company.

From the Idaho Springs Journal: Friday morning when the men were going up Fall River to the Caddo Mine, they ran across the remains of a large doe which the coyotes had killed during the night, and completely stripped the skeleton of meat. Nothing but the head and backbone remained. The recent snow had sharpened the appetites of the coyotes and they enjoyed a Thanksgiving meal of quality.

How to Make Krimmel Torte, by Nellie Maxwell: Put one half pound each of dates and figs through a meat chopper, add three tablespoonfuls of bread crumbs, and six egg whites beaten stiff folded in very lightly. Flavor with vanilla and bake in layer tins in a very slow oven. Serve with whipped sweetened and flavored cream.

How to Make Spiced Walnuts, by Nellie Maxwell: Take two cupfuls of walnut meats, one cupful of sugar, one fourth cupful of water, three fourths of a teaspoonful of cinnamon. Mix the sugar and water and boil until it hardens. Take from the fire, stir in the cinnamon and add the walnuts. Stir until the nuts are thoroughly coated with the syrup. Spread on a platter to cool.

Joseph Kengel, of Detroit, Michigan, arrived in Central last Saturday, on a visit with his son and family, and also to look after his interests in the Galena Mine, in this city.

Ray Knight left on Wednesday for Denver, where he will undergo an operation to have his hip straightened. Ray was injured in Golden last year, when he fell from a train on his way to Central, and has been obliged to use crutches ever since.

Dr. Abe Ashbaugh and John Harmon left Wednesday for Denver, where they will join the Uzzell party, who are going to Lamar to take part in the annual rabbit hunt.

David Cascadden left last Saturday for Philadelphia where he will visit with relatives during the winter months. This is his first visit east since his arrival here in 1860, and he will have the surprise of his life in noting the many changes which had taken place during all these years.

Manager Steve Hoskin, of the Pierce Mine on Nevada Street, deposited at the Rocky Mountain Bank on Saturday, a gold retort weighing 215 ounces, the product from a run of 78 cords of mill ore, or nearly 3 ounces to the cord, and taking in the tailing from this ore, the total returns will amount to over three ounces to the cord.

Manager Henry P. Lowe, of the Topeka Mine, in Russell District, received a check from the State Ore Sampling Company, in Black Hawk, on Friday last, calling for $4,344.50, the net returns from the four tons of ore shipped to these works last week, or at the rate of $1,076 per ton. On Tuesday Mr. Lowe showed the reporter of the Register Call, in his room at the Teller House, two large pieces of ore, which showed the width of the pay streak to be 12 inches wide, one half of which was literally covered with free gold, and which Mr. Lowe estimated would carry values of at least 2,000 ounces to the ton. He also said that at least 1 1/2 tons of this rich ore had been broken from the wall that afternoon, and he had brought down from the mine three sacks, of nearly 100 pounds, which were filled with pieces of rock from the rich streak, and that no further shipments of rich ore will be made until several tons are ready.

According to the Golden Transcript, work was to be commenced on the line of railroad west of Golden, leading to the mountain camps, as President Carter had advertised for proposals for the grading and bridging five miles of the mountain division of the Colorado Central Railroad.

The floor had been laid in the basement of the Methodist Church and the lathing was being done, and it was expected that the church would be ready for occupancy in another week.

END_OF_DOCUMENT_TOKEN_TO_BE_REPLACED

Benefitting the county, schools, and much more By Don Ireland   This year marks the 30th anniversary of casinos opening in the former little mining towns of Black Hawk, Central City and Cripple Creek, Colorado. In those early years, smoking was allowed inside ... END_OF_DOCUMENT_TOKEN_TO_BE_REPLACED

Benefitting the county, schools, and much more By Don Ireland   This year marks the 30th anniversary of casinos opening in the former little mining towns of Black Hawk, Central City and Cripple Creek, Colorado. In those early years, smoking was allowed inside ... END_OF_DOCUMENT_TOKEN_TO_BE_REPLACED