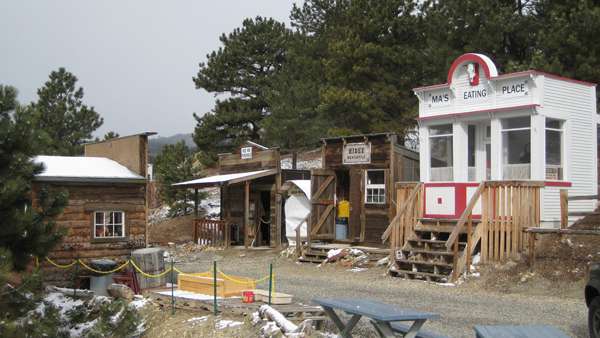 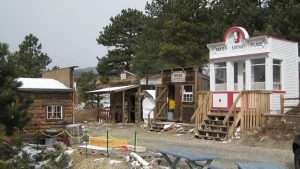 A wrongful death civil action suit, filed against Richard Allen of Central City, relating to the death of Daren Hayes, will proceed. Gilpin County District Court Judge Winston W. Wolvington examined the motion for summary judgement filed by Allen’s attorney and reached his decision on July 15.The civil action suit brought against Allen was filed by Randall Hayes, the plaintiff, a resident of Gilpin County, to seek relief in the death of his 16 year old son, Daren Hayes. Daren was involved in a one car accident which resulted in his death on August 23, 1986. He was employed as a tour guide at the Lost Gold Mine in Central City, operated by Allen. On the night of the accident, Allen allegedly served beer to Daren. In a separate case in January of 1987, Allen pleaded no contest to the charge of serving alcohol to a minor. He was fined $100 and sentenced to one year of unsupervised probation. The third claim for relief asks the Court to declare the “so called” Social Host Statute unconstitutional. Allen’s attorney, William L. Senter, raised four points to have the civil suit dismissed. These points include: “1. Whether plaintiff’s (Randall Hayes) claim for wrongful death is barred by the Social Host Statute. 2. Whether the Social Host Statute violates the constitution of the State of Colorado. 3. Whether the plaintiff can recover on his claim for negligent infliction of emotional distress. 4. Whether the plaintiff can recover on his claim for outrageous conduct.” Allen’s attorney based his defense on the 1986 state statute regarding Social Host liability, Wolvington explained on Wednesday. The statute bars liability from injuries incurred by guests which are a result of being served alcoholic beverages by a host. “Except if the Social Host serves alcohol to a minor,” Wolvington said, which is made clear in the state statute. Judge Wolvington, therefore, ruled not to dismiss the civil suit. “Because this case is not barred by the Social Host Statute, the question of whether that statute is constitutional is not properly before the Court,” states a court order. According to Wolvington, a settlement conference will be held in Golden this month, however, he will not be the officiating judge. If a monetary settlement is not reached, he explained, the case will go to trial in Gilpin County. Allen serves as an alderman on the Central City Council and is the Gilpin County Coroner.

Carrying on a family tradition in mining, nine year old Derek Blake took second and third place honors in children’s spiking and mucking at the Gold Rush competitions. Derek is the son of Kent and Diane Blake and the grandson of Norman and Mildred Blake, all of Black Hawk.

Twenty three of Pancho Gates’ paintings are being shown at the Mermaid Cafe in Central City. The art work is about the fertility of the earth, sometimes with great comedy, and it is infused with the spiritual magic of man, animals, and plants. Gates, long time artist and resident, has a unique style of his own and his work is well worth seeing.

After a year of more of close study, coupled with objections of a few members of the City Council, it was finally decided to install a telephone at the intersection of Main, Lawrence, and Eureka streets, for the benefit of those reporting a crime, disturbance, and various misdemeanors, to the police officer on duty. A red light above the phone will flash when the number is dialed, which will be visible by the officer the length of Main Street. The number will be 3344. This improvement should have been installed several years ago, but due to a lackadaisical attitude of the City Dads it was deemed unnecessary.

Mrs. Ralph Wiltsey entertained a number of friends at her home on Academy Hill, Wednesday, at an afternoon tea. The previous evening Mr. and Mrs. Wiltsey had as their dinner guests Mr. and Mrs. Jon Crain and Clifford Harvnot of the Opera cast.

Mr. and Mrs. George Justice have returned from a month’s stay in Sedalia, and expect to remain here. Both are improved in health.

Mrs. Mae Cassidy returned Saturday from a visit with relatives in the Northwest and Alaska.

A quiet wedding took place at the Methodist Church in Idaho Springs July 17, when Rev. Larry Hawks united in marriage Mrs. Hazel Bennett and Mr. Gus Rudolph. The only witnesses to the ceremony were Mr. and Mrs. Arthur Nicholls. After a trip to the western slope, the newlyweds returned Sunday and are now at home at the Rudolph Mine.

Mrs. Helen Robins who broke her hip two months ago is slowly improving. She was taken to Denver last week for a check-up.

Enroute to the state of Maine, the Gordon Phillips family stopped in town last Monday.

Mrs. Reba Stroehle of Memphis, Texas with an aunt and uncle, are here for a week’s visit.

Mrs. Charles Eaton went to Fenton, Michigan to be with her father who is seriously ill. Mrs. M. Eaton is babysitting with her small grandson, Brad.

A group of older girls from Camp Shoshone left Monday morning for a tour of Mesa Verde National Park.

Five fortunate teenagers from Denver put Rollinsville in the news Sunday when they escaped from their car just before it rolled over an embankment into Yankee Doodle Lake.

The local Gilpin County maintainer joined the two Boulder County maintainers that have been working the past week to improve the condition of the Rollins Pass Highway. This improvement of the road is good news to the many persons who wish to drive into the region.

Half dollars are following the silver dollar into oblivion because most people would rather have two quarters than a 50-cent piece. Expressing this belief here today, Robert J. Grant, formerly of Denver, who is director of the United States Mint, declared that half dollars are too bulky to be carried easily. Besides, the new small sized bills which will be put into circulation soon by the treasury department will see to make the silver dollar more unpopular, Grant believes. “No half dollars have been coined in the east regularly in the last six years,” said Grant, who arrived on a visit today. “The coinage of silver dollars has almost stopped, too. We did coin between $3,000,000 and $4,000,000 in silver at San Francisco and Philadelphia during the year ended June 30, but that was not many when compared with the amounts coined in former years. In Denver, no money larger than quarters was coined. Mr. Grant estimated that it cost the government three cents a year to keep every paper dollar in the country in circulation, whereas it cost less than one cent to coin a silver dollar and, he added, “The silver dollar won’t wear out, whereas the paper dollar will.”

Mayor O. Barlow Willmarth of Georgetown, with the assistance of a Federal officer, made several arrests in Idaho Springs last Friday, lining up an alleged bootleg nest of long standing here. The four arrested were Lucile Crowell, dubbed the “Queen of Clear Creek Bootleggers,” C.E. Sewer and Charles Detrick, all of Idaho Springs, and William Bloomenshien of Silver Plume. They were taken to Georgetown before Judge Nicholas and arraigned. Lucile Crowell was fined $300 and costs and sentenced to 90 days in jail for possession and sale; Bloomenshien pleaded guilty to possession and sale and was fined $150; Derrick was fined $100 for possession; and Siewell was fined $150 on the same charge.

The force of men under the supervision of Silvia Parteli, of Black Hawk, are doing excellent work on the roads between this city and Tolland, by way of Apex and the state road. They have widened the road, cut out many of the high water breaks, raked the same and it is now in the best condition that it has been for many years past.

Miss E. Young, of Central City, registered at the Bebee House in Idaho Springs during the week.

Daniel Fuelscher returned from his trip to California on Sunday, and reported that he visited the Colorado boys in camp at San Francisco, and found them all in good health, but most anxious to be on their way to the Philippines.

Mr. J.W. Holman, of Denver, who still holds considerable mining property in this section, was up from Denver during the week.

Richard Lihtenheld, of Golden, his sons, Dick and Charles Schaffner, of this city, under the guidance of R. Griffith of this city, went to Rollinsville on Sunday on  fishing trip, retuning that night with a half dozen minnows.

Mrs. Homer Hawley, formerly Miss Lena Hutchinson, came up from Denver on Wednesday on a visit with relatives.

Sheriff William Mitchell and associates had formed a pool to work the Bobtail No. 9 Lode, and have the shaft timbered from top to bottom, a distance of 130 feet, and as soon as the bottom of the shaft is cleaned out drifts will be extended and the ground opened up for stoping. The indications are most encouraging, as some good ore was taken out of the shaft by former parties.

The Bobtail No. 5 Lode is being worked by leasers who are taking out their ore through the tunnel level, which is returning average values in the stamp mill and sampling works.

The Hannigan Brothers have the contract for erection of a shaft building on the Queen of the West Mine, in Chad Gulch, the building 30×50 feet in the clear, which will house a new plant of machinery consisting of an 80 horsepower boiler and a 60 horsepower hoist, and everyone to be in running order by the first of September. The shaft is being put in good condition to the adit level, a distance of 190 feet. The ore will be hoisted to the surface, where connections will be made with the tramway lines, over which it will be shipped to the mills and sampling works at Black Hawk. 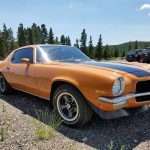 1971 Camaro – an American classic
Next Article 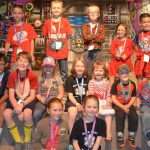