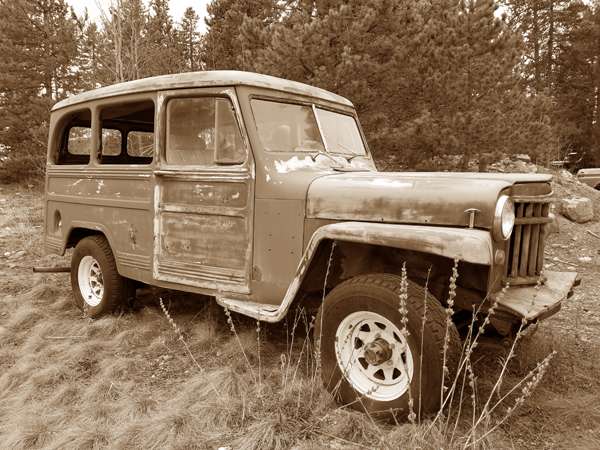 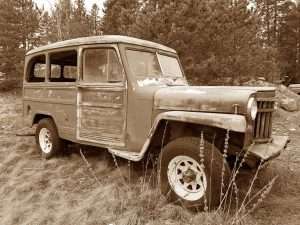 Central City Police Chief Mike Brewer submitted his resignation to Mayor Bruce Schmalz late Friday afternoon, May 13, to take effect immediately. Along with Brewer, seven of the department’s reserve officers also resigned their positions. They are Kemp Coit, Scott Krueger, Gary Kragenbrink, Tom Birei, Phillip Anderle, James Wright, and Joel Anderle. This leaves the department with only one training officer, Bob Wallen, a resident of the metro area, one contract officer for the summer, Bob Gibson, and Elmo Gatliin, formerly a patrol officer who is now serving as acting chief until a new chief is hired. Brewer joined the force in December 1983, as a patrolman. He was promoted to the position of chief in April 1985. Brewer declined to comment on his resignation, saying only that he has accepted a job “back east.” He and his wife plan to leave the area earlier next week, he said. The City Council declined to release Brewer’s letter of resignation until the city’s attorney, Jerry Devitt, who is on vacation this week, has an opportunity to review it. Mayor Bruce Schmalz, Alderman Rand Anderson and City Clerk and Administrator Jack Hidahl agreed that the letter is a matter of public record, and said a copy would be given to the paper next week.

Verdonna Colby returned to her Black Hawk home about 10:15 p.m., Friday the 13t, to find her house filled with smoke. When she opened the door, the smoke billowed out all around here. Black Hawk Volunteer Fire Department was dispatched to the scene. Marshal O.J. Knutson arrived seconds before Fire Chief Mark Spellman. Hearing a loud humming noise at the back of the house the pair discovered that the breaker box was arcing and disconnected it. No flames were visible in the smoke filled structure and Public Service came out and disconnected the electrical service. The cause of the electrical fire will be investigated. The house will have to be inspected by the State Electrical Board before service can be reconnected, said Knutson. There were no injuries reported, and the only damage to the house, said Knutson, was caused by the smoke.

Nederland High School’s Prom is May 21. Saturday morning members of Nederland’s S.A.D.D. (Students Against Drunk Driving) Chapter are erecting signs on the roads leading to Boulder and to Central City asking their friends not to drink and drive. The Nederland S.A.D.D. Chapter has worked with city officials for months to get permission to erect the signs. Saturday morning students are gathering at the school at 8:30 a.m. for snacks and then will caravan to the edges of town to erect the signs and plant flowers. The students hope that those attending prom will see the new signs and think twice before endangering themselves and others. Peggy Hudiburg, teacher at Nederland, is sponsor of the S.A.D.D. Chapter.

Ruth Knutson is back home and feeling pretty chipper after a brief stay in the hospital. With a baby due in June, Ruth went into early labor the week before last. Her husband, Marshal O.J., rushed her down the hill to the hospital, where doctors were able to stop the contractions.

Cecelia Kelsey, who teaches home economics and supervises the vocational education program at Gilpin RE-1 School, has been awarded a $1,000 summer fellowship from Amax Mineral Resources Company. Kelsey plans to use the funds to pursue further study in vocational education.

A fire alarm about 6:30 p.m. Monday sent the fire truck out in search of a fire reported in the enteral area of Virginia Canyon. Fire Chief Bernard Cordell investigated the origin of the blaze and found it to be beyond the accessibility of the fire equipment on Indian Flats in Rose Gulch, halfway between Virginia Canyon and Gilson Gulch. A small log cabin, deserted and dilapidated, was burned. The loss of the building itself was of negligible value, but a major disaster in the eyes of youngsters. The spot, a pleasant little glade with a cool spring, has been a favorite haunt of young hikers. Here they could sit and watch the little animals and birds drinking out of the spring and listen to them chatter as they went about their business. It was here too that legend had sprung up, and each newcomer to the town was treated to stories of hidden treasures. It was easy for a wide eyed youngster to view the hanging wallpaper, torn up floor boards’ and holes dug around the place and imagine treasure hunters on a searching spree. Almost any youngster in Idaho Springs knows of “Ten Day Jack.” The log cabin and small stable were built about 25 years ago by a Jack or John Nobleman who acquired the property by squatter’s rights. Because his program of work involved long periods of rest and recuperation between jobs, he gained the reputation of being superstitious about holding a job longer than ten days. Finally, after years of working on 10-day jobs, he made an exception while working in the Argo Tunnel. It was here he was fatally injured by a rock falling from the top of a tunnel a day or two past the 10 days to which he had limited himself. There are those who hold with another legend, that Ten-Day Jack received his nickname from the fact that every 10 days he could be seen trudging down the path that comes out at the foot of Virginia Canyon on his way to pick up supplies. Perhaps one is the adult version, the other the child’s. A grown up can visualize a man working at a ten day stretch and resting awhile, but a child reasons a man would come out of his little Eden only long enough to get what he needed. Tucked in the hills there may be another such place, but surely many a heart will feel sad at the loss of Ten-Day Jack’s tumbled down shack at Indian Flats.

The children of the Grade School had an enjoyable time at the picnic Tuesday at City Park in Denver. They visited the museum, the zoo, rode on the train and the ponies. Many thanks to the mothers who drove cars and helped make the day a success (Teachers all kept their hats on during the visit to the zoo, and consequently, there was no mix-up).

Mr. and Mrs. Jack Kruse and baby visited his aunt, Mrs. Helen Nueno over the weekend.

Wm. (Sprigs) Davey is visiting his sister, Mrs. Earl Quiller and family this week. This is Bill’s first visit since 1945. He has been making his home in Arizona, New and Old Mexico, for the past thirty or more years or so since he left Nevadaville. He reports that each day, summer and winter, beautiful butterflies swarm around him, kissing his lips and bald pate, and he will attest to that fact. But, after all conditions are similar here, that is, we do not have butterflies in the winter, but have a number of pink elephants.

After spending the winter in San Carlos, California, with her son and family, Mrs. Perl Neff returned last week to her home on Swede Hill. Her granddaughter, Pearl Louise, an airline stewardess, was a weekend guest.

Mrs. Katherine Olsen is home again at Heidi Chalet after spending the past seven months in Kansas City.

Mr. Clarence Manion, owner of the Toll Gate Saloon, was here Wednesday. This old saloon building, quite notorious in former days, has been in poor condition for some time and will now be completely razed. Mr. R.F. Hacker has charge of the work.

Louis Plank had to go to Idaho Springs Tuesday to have an ulcerated tooth out.

Oscar Williams and wife came up from Denver Sunday after a several days visit at Colorado Springs and Denver.

R.I. Hughes and Mr. S. Tippett, of the Lillian Mine, were up from Denver this week for several days, while looking over the work being done in that property.

Joe Casper is shipping several tons of ore from his lease on the Morning Star Mine, to Idaho Springs this week.

How to Make Tempting Timbales, by Nellie Maxwell: Timbales, little drums, were when first made always filled with sweet food as pastry filled with some sort of sweet cream or custard. Now they are better known as entrees or savories. The white sauce used is the usual combination and is almost invariably used with chicken, ham, veal, lamb, tongue, fish, game or cheese, as well as vegetables, or a combination of foods. The main material, whichever is to be used, is chopped fine or pounded in a mortar to make it like paste. Vegetables are cooked then put through a sieve. Those timbales of meat and vegetables are well-liked and economical. Use one-half cupful each of meat and vegetable pulp, make a thick white sauce using two tablespoonful’s of flour to four of butter and when cooked add one cupful of milk; cook gently until smooth and well blended. Season with salt, pepper, onion juice, mace, and a bit of tomato ketchup. There should be just enough of the white sauce to moisten the mixture; next fold in a beaten egg to each cupful of material and ad more seasoning if needed. The seasoning is a most important factor in any food. For the mixture into well buttered timbale molds, stand these in a pan of hot water, and bake until firm in a moderate oven. Cover with a heavy white paper lightly buttered if the oven seems too hot.

Captain J.O. D. Keleher of Nevadaville, left for Denver Thursday to confer with Governor Adams on behalf of the Gilpin County Volunteers, now organized throughout the county, to come in under the second call for troops, and was informed by the governor, that in making his appointment he intended to select companies from those sections of the state not represented in the first call.

Electa, the eldest child of Mr. and Mrs. Nelson Franklin, of Second High Street, who has been ill with scarlet fever, is rapidly recovering from the attack.

Mrs. Dan Fuelscher, who has been in the hospitals in Denver taking treatment, has been benefitted to the extent that she was able to return to her home on Sunday.

Mrs. W.H. Richards, of Nevadaville, returned the first of the week from a visit with relatives and friends in Denver.

Sinking operations have been suspended on the Barnes Mine, on Quartz Hill, the last contract making the shaft 450 feet in depth, the bottom of which shows a nice streak of mineral. It is the intention of the operators in the near future to sink the shaft down to the level of the Quartz Hill Tunnel and make connections with the same, which will give better ventilation to the property and afford an easier way of getting the ore out for shipment to the mills and sampling works at Black Hawk. At the present time regular shipments are being made to the sampling works in Black Hawk.

Illinois parties have become interested in the Illinois and Caledonia mines in Lake District, and a contract has been given to Lamont & Ballard to erect a shaft building 18×28 feet over the main shaft. A contract has also been let to sink the Illinois shaft a further distance of 50 feet.

Born: In Nevadaville, May 24th, 1898, to the wife of Charles Workmeister, a daughter.

Married: In Nevadaville, May 21st, 1898, Mr. Robert Quick and Miss Annie Davey, both of Nevadaville. 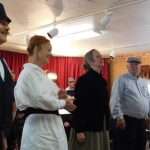 Stranded at the top of the world!
Next Article 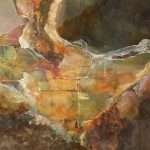