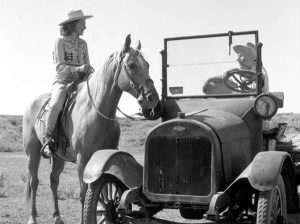 Undersheriff David Martinez completed his last day with the Gilpin County Sheriff’s Department on Tuesday. “It was a difficult decision to make,” said Martinez, who has served as undersheriff for over three years. “It was time to make a change,” continued Martinez, “even though we love living in Gilpin County.” David and Sheila, his wife, will be celebrating their second anniversary on June 1. Breckenridge will be their new home by the end of the summer since Sheila will be working through the summer at Brierly’s Jewelry on Lawrence Street in Central City. Martinez will assume his new duties with the Summit County Sheriff’s Department effective May 1. Martinez began his law enforcement career in Gilpin County when he joined the force on December 21, 1981. Martinez, speaking for himself and Sheila said, “We want to wish everyone in Gilpin County the best of luck in the future.” Sheriff Rosetta Anderle said on Tuesday that she would make the decision of who would replace Martinez as undersheriff by next week.

A potentially dangerous grass fire was quickly contained on Wednesday by members of the Central City Volunteer Department. The cause of the fire has not been determined, said Sandy Schmalz, a member of the fire department on scene. The fire was located below Casey Street and above Gregory Street in the City of Central. Two homes and a vacant building were in immediate danger of being destroyed by the fire, had it not been controlled. Lynn Martin, a resident on Casey Street, was the first person to call in the fire to the Gilpin County dispatchers at the sheriff’s department. Martin was on her deck with her daughter when she first saw the smoke. “There was too much smoke and then I saw the flames,” said Martin following the incident. The call was received at the sheriff’s department at 11:34 a.m. Members of the Central City Volunteer Fire Department responded to the scene and backup was provided by members of the Black Hawk Volunteer Fire Department. Flames were brought under control in approximately 20 minutes, said Schmalz. “We were lucky,” she added, “it could have been bad.” The Central City Fire Department cleared the scene at 12:23 p.m. after determining that the area was secure.

The Gilpin County RE-1 Special Cooperative Vocational Program recently hosted its second annual “Honor Thy Boss” banquet at Carelli’s of Chicago Restaurant in Central City. The occasion was organized by student members of the co-op under the direction of the program’s founder and coordinator, Cecilia Kelsey. The banquet was a tribute to the employers of the co-op students and the many supporters who have worked to make the program a success. The Special Cooperative Program allows eligible students to receive classroom credit for supervised work performed in local businesses. The work must be of a vocational nature and the student must meet the expectations of both the school district and his employer. As a fledgling in September of 1986, the program consisted of Kelsey, her advisory committee, a handful of students, and a mountain of bewildering bureaucratic red tape. The program has since grown to 15 student members and has established firm and vital community roots.

When they sent the sweepstakes entry form off to Reader’s Digest this year, John and Diane Rittenhouse didn’t really expect to win. They’ve been entering the national contest for a number of years now, with no luck. Until this year, that is. About two weeks ago, John picked up the mail and spotted an envelope from the contest headquarters. One can only imagine his excitement as he tore the letter open. “Dear Sweepstakes Winner,” the letter began, “Congratulations!” All those years of sending their names in had finally paid off. The happy couple were sixth place winners! Their prize? A whopping $20. We asked John if the windfall had changed their lives. “You bet,” he replied, “It gives me hope that another 20 years of entering contests might even double our luck.” The Rittenhouse’s were somewhat reluctant to be photographed with their winnings. “You know, I’ve always heard that sweepstakes winners are suddenly inundated with people asking for donations and contributions to all kinds of charities,” John said, “And their relatives always seem to feel they should get a share of the prize,” added Diane. Well folks, there’s no need to pester the lucky couple for donations They’ve already blown their entire winnings.

Miss Caroline Bancroft, in her inimitable fashion, touched off a sea of interest in the San Juan District at the meeting of the Colorado Historical Society Monday evening with colored pictures and descriptions of what once was and what is now. Old towns like Pandora no longer exist. The old hotel at Telluride with 100 rooms and one bath in the lobby still stands. Pictures of the narrow gauge railroad elicited interest as one scene depicted the engines buried in snow up to the top of the boiler. An old timer wanted to prove that Wolf Creek pass could be made in the winter. He started with 100 mules and some men. All but five of the animals froze to death on their feet and he proved it couldn’t be done.

Mrs. Geo. Mayor was shopping in Denver on Monday.

About fifty parents and friends were present Tuesday evening at the Clark Grade School to view the work of their children. The teachers and children were very pleased with the interest manifested.

Mr. and Mrs. George McLaughlin returned Monday from a week’s visit with relatives and friends in the Queen City.

Died: Grant Phillips died last Friday at the State Hospital in Pueblo, at the age of 95 years. He has been a patient of the hospital for the past two years, having been committed from here. He came to Black Hawk shortly after the turn of the century and was a collector of various antique articles, and prided himself as a historian, particularly in reference to the Bible. He was born in Pennsylvania, and leaves a son now residing in that state. Interment was in Pueblo Cemetery.

Mrs. Hazel Thompson returned to her Skyline home after a visit with her mother in Nebraska.

Mr. Robert Hollenbeck was in town Sunday. His tours business at the Bobtail Tunnel will soon be open.

Mayor and Mrs. Frank Fleiss spent several days in the City visiting relatives and checking with the doctor.

Sunday guests of the Ernest Wrights were her parents, Mr. and Mrs. Earl Smith of Georgetown, and her brother Allen Smith and family of Climax, Colorado.

Mr. Frank S. Thompson, representing the Thompson-Zumsteg dry goods company of Idaho Springs, came over to Central Tuesday morning, on matters of business connected with the bargain sales to be held by that establishment during the entire month of May.

Reuben McKay and wife motored up from Denver Saturday evening and spent Sunday with his father, Neil McKay, returning home during the afternoon.

George McFarlane came up from Denver Saturday afternoon, on a short visit with his father, Peter McFarlane, over Sunday, returning that afternoon.

The Minstrel Jubilee, given here two weeks ago, by the Senior Class of the Gilpin County High School, repeated their performance at Georgetown on Saturday night last. The entertainment was heartily supported in our sister city and was well received by the large crowd. Many compliments and words of praise were tendered the participants and to their direct, Miss Dixon. Such affairs as these help to promote more congenial feelings between the good people of Georgetown and this city.

Married: In Central City, April 30th, 1928, County Judge Louis J. Carter officiating, Joseph C. Thomas, of Central City, and Miss Dolly Van Matre, of Boulder. The above announcement comes as a surprise to their many friends in this city and in Rollinsville, where the bride has lived for many years past. Congratulations and good wishes are extended the couple, who will make their home in this city.

Mr. and Mrs. Charles E. Stout, of Black Hawk, returned Saturday evening from their wedding trip, and have taken rooms with Mr. and Mrs. Cundy, where they will reside until their own home is finished and furnished.

Theodore Nelson, manager of the Polar Star Mill, in Black Hawk, is in Denver recovering from an attack of “grippe” which developed into pneumonia, and during his absence, Ben Kimber is holding down Mr. Nelson’s position at the mill.

During the past week the county was visited by a snow storm which commenced last Saturday afternoon and continued until Wednesday afternoon, a stretch of three and one-half days.

Mr. S.E. Maneer, a teamster who had been hauling supplies out to the Pactolus Mining Company, on South Boulder, met with an accident at the Black Hawk Depot on Wednesday morning, which resulted in having his left foot crushed under the wheels of a freight train. He was talking to a friend and did not notice the train backing up, and was caught by a brake beam and carried some distance before the train was stopped. Dr. Richmond assisted by Dr. Rucker, surgeon of the road, amputated the foot.

During the month of April the output of the Concrete Mine, in Prosper Gulch, reached a total of 200 cords of mill ore, or about 1,700 tons, besides considerable smelting ore that was sent to the sampling works. The daily output was in the neighborhood of 60 tons which was treated in the Penn and Iron City mills at Black Hawk.

The Nederland Mining Company is the name of the new concern which takes over the Caribou Mine. Marshal Shaffenburg, who is a stock holder and a resident director, took possession yesterday. He says the company is composed of wealthy and substantial Hollanders, who mean business and will have the property put into shape at once for extensive working. The deepest shaft is about 330 feet deep, which is still sinking. The tunnel now driving to intersect it will strike the mine about midsummer, at a point 600 feet below the surface of present working. The crevice of pay ore is about seven feet in width. Drifts are being run to connect the east and west shafts, which, when completed, will considerably lessen the expense of mining and handling the ores. The capacity for reduction will be doubled at once, when the production will be from $75,000 to $100,000 per month. The shipment will continue to be made from this entry. B.O. Cutter remains as general manager, and Mr. Dawley as superintendent of the reductions works.

It’s been about ten days since a small party attempted to cross the mountains. One of them, Anton Lower, is supposed to have been drinking a little more than he could carry. In this condition he wandered away from his comrades, lost his way, and wandered and crawled about for thirty-three hours. When he got out, crawling for miles on his knees and elbows till he reached settlements, he was taken to Georgetown and all done that could be for him, but he died yesterday. Both hands and both feet with completely frozen to elbows and knees. We wonder that people will still persist in crossing in mid-winter.