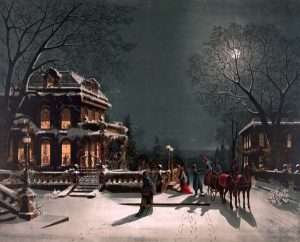 The civil suit filed against Thomas Sundermeyer’s Central City house has not been dismissed, said Mark Pautler, assistant district attorney, on Monday. Rowe Stayton, attorney for Sundermeyer, informed the Weekly Register-Call on December 2 that the district attorney had dismissed the case. However, according to Pautler, this is not the case. Pautler said he expects a decision to be made possible sometime next week, but he did not commit to a definite date. Pautler said that when he spoke to Stayton in early December, the civil suit was still under consideration, and no decision had been made at that time. Therefore, the civil action suit is pending. Until Tuesday, Stayton believed that the civil suit had been formally dismissed by authorities in Jefferson County. Sundermeyer stands to lose his home valued at $80,000 if the civil suit is successful. Included in this suit is a claim against all his furniture, fixtures, appliances, equipment, etc. The suit stems from an alleged charge of cultivating marijuana, a separate case, which is set for a preliminary hearing in 1988.

Voters in the Rollinsville area turned out last Friday to decide whether or not to join the High Country Fire Protection District. A total of 30 voters showed up at the polls to vote in favor of the proposal. There were no naysayers. In the past HCVFD has responded to fires in the area that were outside the district, but due to increased liability when fighting conflagrations outside its area, the agency was advised by its lawyer to discontinue the service. Joining the district are portions of Gamble Gulch, Moon Gulch, Severance Lodge, Corona Heights, and Rollinsville Heights. Property owners in these areas will be assessed the 4.132 mill levy recently certified for the fire district. There are approximately 140 to 150 property owners who will be affected by the vote, said HCVFD Board President Bob Holcomb on Tuesday. He is in the process of sending letters to each one welcoming them to the district. Besides assuring continuation of fire protection services, the move may result in reduced insurance for property owners. High Country is rated nine by Insurance Services Organization, an agency that rates fire departments, while areas not within a fire protection district automatically receive a rating of ten. Lower ratings mean lower insurance rates charged by insurance agencies.

A literary magazine, produced by the students of Gilpin County RE-1’s publications class, is now on sale at several locations in Central City. Titled “An Eye on Winter,” the 28 page journal features original poetry, prose, and photography, all by the students, and offers a glimpse into the inner thoughts of the students. Cost of “An Eye on Winter,” is $1.50, which covers the cost of production, with a few cents left over for the publications class. The magazine was printed by One Stop Printing and Graphics in Black Hawk.

Yuletide Happenings During the Week

Following a Yuletide custom originated with the first Christmas Edition of the Daily Miner’s Register in 1862, we present our 1957 Christmas Edition. Symbolical of the Christmas spirit in extending felicitations and good wishes, the various business houses greet their friends and patrons through the columns of the Register-Call by various expressions of good will and sincere greetings. Read each one, and remember the greeting is given you much the same as though a Christmas Card was sent through the mails. It is directed to you personally; it is not just merely a small part of a newspaper to fill up space, but rather a greeting from the heart in wishing you the blessings of the Christmas Yuletide tradition, and the personnel of the Register-Call join with each businessman in wishing everyone a most Happy Christmas and New Year of prosperity and success.

Wedding invitations were received this week announcing the marriage of Margaret Joan Prentice to James Lawrence Palmer. The wedding ceremony will be at Idaho Springs, on Saturday, December 21st, at 4:30 p.m., with Father Potempo officiating, followed by a reception at 7:00 o’clock, at the Elks Hall in this city. The Register-Call joins with myriads of friends in wishing their matrimonial future will be one of contentment and happiness.

The Quillers visited Denver, Monday afternoon, to do some Christmas shopping. Rest assured they will not visit aisles of Safeway, as Earl has better meats for sale here, and their visit to Denver consisted of shopping at the higher-priced stores, where mink coats and tuxedoes were on sale at two dollars discount.

Mrs. May Cassidy celebrated a birthday last Sunday. She entertained Mr. and Mrs. Fred Thomas and her father, Wm. Shaw, all of Boulder, and Mr. and Mrs. Mika Clakham, of this city.

A recent guest at the home of Mrs. Pearl Neff was her granddaughter, Miss Pearl Louise Neff, who is a stewardess on United Air Lines.

Mrs. Audrey Ingram and son stopped in town Sunday on their way home in Golden.

Mrs. Arthur Nichols underwent surgery at St. Anthony’s Hospital last week, the second time in two months, but is able to be at home now.

Mrs. Ernest Wright has been has been ill and stayed in Georgetown last week with her parents Mr. and Mrs. Earl Smith.

Mr. and Mrs. M.K. Peterson drove to Loveland Friday night to visit her parents. Her father recently underwent surgery to repair damage to muscles in his right arm, injured in an accident at his work.

Attorney Leroy J. Williams was up from Denver on Friday evening to attend to business matters, returning on Sunday afternoon.

Arthur Frost came over from Boulder last week to spend the holidays with his parents and friends.

Frank Sparks was over from Idaho Springs Tuesday morning to look after work being done on the Concrete Mine and other mines in the county.

Thomas Champion, wife and son, of Ogden, Utah, arrived in Central on Sunday last, on a visit with his brother, Dick, and family.

A little boy’s Christmas plans to bring happiness to Denver orphans came to a sudden halt Thursday when Tommy Herbert, 11 year old violinist, was taken to St. Joseph’s Hospital to undergo an operation for appendicitis. Tommy, who is known as the boy prodigy of Denver, was taken suddenly ill shortly after giving a concert at Denver University. A second blow to his Christmas plans came when word was received by his mother of the death of Tommy’s grandmother, Mrs. Mary E. Herbert, at Central City, Colorado. Up until the last minute, Tommy was looking forward eagerly to Christmas Eve, when he was scheduled to accompany a Knights of Columbus party tour of orphanages and play for the orphans. He was also scheduled to play Tuesday night at the Knights of Columbus club. Both of Tommy engagements have been cancelled. He was reported Saturday as “doing nicely” at the hospital. He has not yet been informed of his grandmother’s death. The boy prodigy has spent five years in the study of the violin. He is able to interpret the most difficult composition and has frequently appeared in Denver on programs such as are usually presented only by finished artists.

Cold weather has prevailed here the entire week, thermometers dropping down to 10 degrees below zero for a couple of days, and then getting back to normal again. Indications are for seasonal weather for Christmas.

Died: At Golden, December 19th, 1927, Patrick B. Flynn of Central City, aged about 47 years. Mr. Flynn was born in this city and spent the whole of his life as a resident here. Some thirty or more years ago he met with an accident while coming up from Denver on the passenger train, in being thrown off the cars on one of the curves, and fell under the train, losing one of his legs. Some months ago he was struck with paralysis, and was taken to his sister, Mrs. Joseph Meling, where he passed away. Funeral services were held at Golden, Wednesday, interment in Mr. Olivet Cemetery.

Died: In Central City, December 15th, 1927, Mrs. Mary E. Herbert, aged 64 years. Mrs. Herbert has been making her home here in the Hawley Block with her daughter, Mrs. Elizabeth Hall, who is a teacher in the high school in this city. The remains were taken to Denver Thursday afternoon. Mrs. Hall and children are going down Friday morning to attend the funeral. She was the mother of Mrs. Hall, Kemron, and Tom. A. Herbert, of Denver, George T. of New York and Don H. Herbert of Casper, Wyoming.

Mr. and Mrs. Fred Gooch, of Rollinsville, were in Central on Wednesday getting their Christmas presents and visiting with friends.

The hunters who went down to Lamar Colorado to shoot jack rabbits for Rev. Uzell, succeeded in capturing 3,800, which will be distributed among the poor of Denver. Last year the score reached over 4,000, but the weather was too cold last week, or the number would have been greatly increased. The hunters from this city who took part in the sport, report having had a fine time.

Henry Schabe, a miner, was injured while at work on his claims near 12 Mile on Wednesday. He was lowering his partner in a bucket down a prospect shaft, when the handle of the winless slipped out of his hand, and he was struck a heavy blow on the forehead, almost knocking his eye out. Dr. Farnworth, of Apex, was called, and attended to his injuries.

The remains of Wm. Satterly, who was killed in the Last Chance Mine, near Wardner, Idaho, arrived here on Saturday morning, and were taken to the family residence on Eureka Street.

A force of 40 men are at work in the Cook and Minnie property on Bobtail Hill, and enough ore is being taken out daily to keep 20 stamps dropping at the Polar Star Mill at Black Hawk. The mill ore is returning 5.5 ounces gold to the cord and the smelting ore from $40-$113 per ton.

The State Ore Sampling Company at Black Hawk received four tons of uranium ore from the Kirk Mine last week, to be sampled. Ore of this character carrying 50 parent uranium was worth $600 per ton.

Born: In Vancouver, British Columbia, December 4th, 1897, to the wife of John R. Mitchell, a son.

Died: Joseph Simmons, a miner who came from the southern part of the state two months ago, died suddenly on the streets of Black Hawk Thursday morning. He was on his way to the train for Denver, where he was going to a hospital, to recover from an attack of pneumonia.

Died: John Bowden was instantly killed by a stull caving in at the Minnesota Mine in Russell Gulch on Tuesday afternoon last. He was working in the 150 foot level and when found by his fellow workmen, was covered with rocks and timbers, and was dead when taken out. He was 24 years of age and came to Gilpin County from England last August.