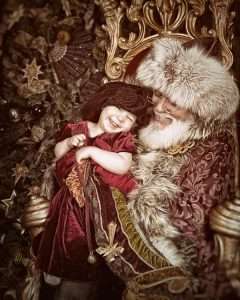 According to federal law, every school child must have a Social Security number before he or she will be allowed to enroll in school next fall. Additionally, in order for parents to claim their children who are at least five years old as dependents, children’s Social Security numbers must be included on 1987 tax returns. An original birth certificate, not a copy, is the primary document required to obtain the nine digit social security number. The State Health Department expects a last minute rush of requests for certified copies as tax time nears, therefore, it is necessary for parents to obtain a certified copy of birth certificate documentation in advance. Certified copies of birth certificates may be obtained by contacting the vital records unit of the county in which the birth occurred, or by mail.

Black Hawk’s public water system now meets state standards for safe drinking water. Users no longer need to boil it before consumption, says Mona Dawkins, city clerk and treasurer. Results of a sample sent to the Colorado Health Department late in November by Alan Genter, the town’s water commissioner, met with state standards, said Dawkins on Monday. Genter was hired at a special meeting of the council on October 21. He replaces Craig Orr, who resigned earlier this fall as water commissioner.

We correct an item published in last week’s issue, wherein it stated that Mrs. Lillian Grenfell was seriously ill in Denver, when the notice should have been that Mrs. Flora Rudolph, a sister of Mrs. Grenfell, was receiving treatment in Lamb Hospital in Denver, and will remain there for the next two weeks. Her many friends hope for her rapid convalescence.

Mrs. Paul Beamer was ten to Denver Sunday morning for treatment of a kidney ailment, and will remain in Colorado General Hospital for the next two months while receiving treatment. Her many friends here extend wishes for a limited stay in the hospital and her quick return to Central City.

The wind storm last Saturday night was one of the worst of its kind ever experienced in this vicinity. The velocity of the gentle zephyrs must have exceeded at least one thousand miles an hour, more or less, making the weather report of seventy miles an hour in the valley, but an amateur as compared to the Titan blasts experienced here. It was similar to a day last year when the sun gave its rays until midnight, as Old Sol could not negotiate its path to the West, and consequently, we had sunshine even at midnight, as the wind was so strong it was impossible to make its descent into the West, believe it or not. Anyway, it was a helluva wind.

We received a letter from Fred McFarlane, of Denver, containing the death notice of Joseph Aitcheson, who died in Denver last week. He was the son of Joseph Aitcheson who conducted a jewelry store in Central City in the early days, and after his death, his wife, Jennie Aitcheson taught school here in the frame building for many years and was my first teacher.

Miss Pearl Starbranch was among the ninety new graduates issued professional licenses from the Colorado State Board of Nursing. Miss Starbranch, daughter of Mr. and Mrs. Paul Starbranch, was one of the seven “licensed with distinction” for having passed the examination with scores equivalent to 95% or above.

Mr. and Mrs. George Smith left recently for Phoenix, Arizona, where they will spend the winter. During their absence Mr. and Mrs. Tony Messina will occupy the Smith home.

Gus Rudolph was home for a few hours Saturday, but hurried back to Denver where his wife is ill in Lamb Hospital.

Mr. Thomas Stribley left for Denver Tuesday morning to consult an occultist and get treatment. While cutting kindling a few mornings ago, a piece of wood struck him above the right eye, which partly destroyed his vision, had has been very painful, and his trip below is to have an examination made and get proper treatment.

In the society columns of Tuesday’s Denver Post, mention is made that, “Mr. and Mrs. H.H. Lake, of Central City, who were to have left Denver this week for California, have postponed their departure because of an accident in which Mrs. Lake sprained her ankle.”

James M. Seright left for Denver on Monday morning to attend a hearing before the Public Utilities Commission for a hearing in the case of the Colorado & Southern Railroad’s request to discontinue service of its passenger trains over the Clear Creek branch, held that afternoon. A decision by the commission is expected to be made within a short time.

Mrs. W.O. Jenkins left Wednesday morning for Denver to visit with her mother, Mrs. Ll. P. Davies before she returns to California to spend the winter.

The basketball season was opened in Gilpin County last Friday evening, when the strong Booster team defeated the high school team, at the Black Hawk gymnasium, to the tune of 43 to 19. As the score would indicate a rather one sided game was played, but this was not the case, for the game for the full four quarters was played fast, and clean, and many spectacular individual plays were in evidence. The only disappointment was the absence of spectators, the game netting a little better than $15. Both the Boosters and high school teams have made arrangements to practice and play their games in this city and have taken over the new Knights of Pythias Hall for that purpose, where it is hoped that the added conveniences will merit more generous support from the public.

Died: Mrs. Lavina Hall, who has been a resident of Golden for the past fifteen years, died at the home of her adopted son, R.H. Grenfell, last Wednesday, after being bedfast for a number of months. Mrs. Hall, previous to making her home in this city, was a resident for forty two years of Bald Mountain, in Gilpin County. She had lived in the state for many years. Mrs. Hall was born at St. Just, England, on June 15th, 1846, making her age at the time of death over 81 years. Besides her adopted son, her nearest of kin are Mrs. Lavina Walls, Mrs. William Harvey, Harry Warren, Tim Grenfell, Mr. and Mrs. William Pomeroy, of Golden, Mrs. Joseph Vonilli, and Mrs. Clyde Labrolig of Denver. There were fifty seven near or distant relatives at the funeral, which was held from Woods and Sanders chapel last Friday, with Pastor Wm. I. Jones of the Methodist Church officiating. Interment was in Golden Cemetery. Mrs. Hall was a wonderful old lady and the large number of people who paid last respects to her last Friday was a splendid tribute to her memory.—Golden Transcript.

The little son of John F. Williams of Mountain City, broke his left collar bone while playing in the yard at his home. Dr. Richmond was called and gave the lad the attention necessary.

The gloves contest was billed to come off last Saturday evening at Nevadaville, between Pete Everett and Peter Jackson, but was stopped by Sheriff Nicholls.

James Morrison, who had been attending to business matters in Denver, returned home on Monday.

Miss Emma Harris came up from Denver Monday morning to attend to business matters and visit with her brother, Edward, and her many friends.

Local parties have taken a lease on the Powers Mine in Russell district, and are taking out smelting ore to the sampling works, as proven by a shipment of last week, which returned $584 to the ton.

The Golden Cloud property in Russell district shipped a lot of smelting ore last week to the sampling works at Black Hawk, which returned $125 to the ton.

The Nevadaville properties, operated by the Gold Coin Mines Company, produced over $25,000 for the month of November.

At the Wautauga Mine in Russell district, operated by manager Kimball, a force of miners are sinking the main shaft, which has reached a depth of 400 feet, and the present contract calls for another 100 feet. The shaft his being sunk with air drills, and the men are making good headway. Daily shipments of between 25 and 30 tons of mill ore is sent down to the mills in Black Hawk, which are giving fair returns.

The Rocky Mountain National Bank had a glorious gold retort on exhibition yesterday, which Mr. Reynolds, the cashier, informed us weighed about five hundred ounces, and was valued at $6,000. The handsome yellow nugget was from Bela Buell’s Levitt Mine. Thatcher, Stanley & Co., sent out this morning, as the purchase of gold for the first week in July, about 900 ounces. Their counters exhibited yesterday, three hundred ounces of excellent gold, taken from two week’s run on Kansas ore, claim not given. The mills employed were Waterman’s and Clayton’s, Nevada, and E.L. Salisbury’s, Black Hawk. From present indications, July will prove a better month than any of its predecessors in 1872.

The Briggs Brothers, J.S. and Charley, returned from the east Monday evening, after an absence of about two years. They come to recommence work in their splendid mine at Gregory Point, and have brought with them three of Knowle’s patent steam pumps, to clear out the water and drain the minnow, then ore breaking begins. Charley declares this the greatest invention known for the purpose, and that with four men he could put the pumps into the mine, and have them running in a single day. They are now at Golden, and will be sent up in a few days. Within three weeks from date, unless great difficulty is met with in re-timbering the shafts and drifts, they expect to be breaking ore again. The three pumps cost, laid down in Central, about $6,500, which is much less than the cost of a single Cornish pump at the manufactory. They are easily, cheaply, and quickly adjusted, and when put to work, will discharge about 600 gallons of water per minute. At this rate, the three ought to clear the Briggs Mine in a few days. The resumption of operations in this locality will stimulate the owners of property on the Gregory to start up, and the result will be largely beneficial to the county.

END_OF_DOCUMENT_TOKEN_TO_BE_REPLACED

Where the dead get to tell their story By Jaclyn Schrock On Saturday, August 21, the Gilpin Historical Society held their annual Cemetery Crawl. Tickets allowed the shuttle of hundreds of guests from the Teller House parking lot to the Cemetery. Depending on v... END_OF_DOCUMENT_TOKEN_TO_BE_REPLACED