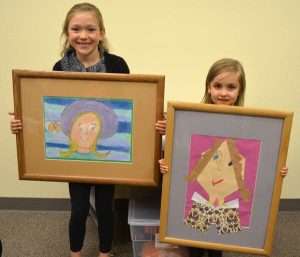 Central City Police are attempting to seize the home of Thomas L. Sundermeyer. A civil action suit has been filed by the Jefferson County District Attorney’s Office at the request of Central City Police Chief Mike Brewer. The suit against the property is called a “Public Nuisance Forfeiture.” It results from a charge that Sundermeyer allegedly cultivated marijuana on his property. Reportedly, Elmo Gatling and John Strong obtained a search warrant for Sundermeyer’s residence on October 1. A warrant was issued based on their claim that they observed alleged marijuana plants through the opaque windows of Sundermeyer’s greenhouse while they were patrolling in the police department’s vehicle. The search of the residence reported yielded 57 alleged marijuana plants. The idea for the seizure of Sundermeyer’s house originated from Gatlin, Brewer said this week. Brewer then contacted the district attorney’s office for instructions and forwarded information in the case to the district attorney assigned to the case. On November 7, Undersheriff David Martinez of the Gilpin County Sheriff’s Department, acting on court order, served Sundermeyer with a summons for cultivation of marijuana and was instructed to take inventory of the residence. Sundermeyer has not appeared in court to respond to the alleged charge of cultivating marijuana, a felony. Seizure of his house is a civil manner and is being handled separately. If the civil suit is successful, Sundermeyer will lose his home. If the civil suit is a success, the court orders disposition of all furniture, furnishings, fixtures, appliances, equipment, and personal property to the Central City Police Department, the City of Central, Gilpin County, and the State of Colorado for police purposes. The market value of his house, said Sundermeyer, is $80,000. He does not have an outstanding mortgage on the property.

National Newspaper Week, just ended, is very important. It is dedicated to a cause. It goes further than promoting the home town newspaper. It upholds our way of life. We accept our newspaper with its coverage of local and national news as being free of influences that would make it unreliable as a source of uncontrolled information and comment. In the dictatorships the press is cynically used to advance the interests of those in power. The newspaper is a voice that represents the meaning of free enterprise—the American way of life. It is the voice of the boot black, the corner grocer, the municipality—all of us. Without it people would be victimized by political groups and power hungry dictators. Without an uncensored press our country would become a sitting duck for ambitious rulers. National Newspaper Week honors and upholds freedom of thought and expression.

Operas chosen for the 1958 Central City Festival are Offenbach’s bouncy “La Perichole,” starring the British comedian, Cyril Richard, and those inevitable operate twins of the stand and repertoire, “I Pagliacci” and “Cavalleria Rusticana.” The announcement was made by Fran H. Ricketson Jr., president of the Central City Opera House Assn., at the annual dinner meeting of the association Monday night in the University Club. He added the directors and most of the cast have already been chosen, months in advance of the usual time for concluding contracts. Emerson Buckley is returning as musical director next summer. “La Perichole,” will be directed by Ritchard, assisted by Nathaniel Merrill of the Metropolitan Opera. The designer will be Rolf Girard. Hans Busch of the Metro staff will direct “Pagliacci” and “Cavalleria.” Featured in “La Perichole” will be almost the entire cast of the popular Met revival, many of them alumni of previous Central City Festivals: Theodore Uppmann, Paul Franke, Joan Carroll, Madeleine Chambers, Okie Hawkins, Lois Hunt, Calvin Marsh, and Helen Vanni. The cast of the twin-bill of standard operas will include Frank Guarrera, Hugh Thompson, Jon Crain, John Druary, Louis Quillico and Herva Nelli. Davis W. Moore, executive vice president and treasurer of the association, disclosed an operation deficit of $19,000 for the 1957 festival “met by the subscriptions of sponsors,” as compared with a $5,000 deficit for the 1956 season.

Lee Lyttle returned Saturday from a six week vacation trip in Arizona, California, and Nevada. He reports a most pleasant motor trip.

Mr and Mrs. Carl Skagerberg returned Sunday from a two months visit with relatives in the eastern states.

Mrs. M.K. Peterson underwent surgery at St. Anthony’s Hospital last Thursday, but is getting along fine at the present time.

Mr. and Mrs. Jack Turner drove to Golden Sunday as guests of the James Wildmans. The occasion was in honor of recent birthdays of Jo Ann Boeckman and Flora Turner.

After spending several days in the Lamb Hospital, Mrs. Lillian Grenfell is convalescing in Denver at the home of her sister Thelma.

After a three week trip to South Dakota and Minnesota, spent with relatives, Mr. and Mrs. Walter Lutz and sons returned home Tuesday.

Mr. and Mrs. Warren Johnson and daughter Gayle set the weekend with her parents, Mr. and Mrs. Fred Mitchell in the Mountain House District.

Among those on the sick list is Mrs. Gus Rudolph, who was taken to Arvada Monday to be nearer her doctor.

Miss Betty Oleander entertained Sunday at a birthday party at her home on Clear Creek Street. About eleven guests were present.

The work of placing the structural steel for the roof of the big Stroehle garage has been going on in the past two weeks, and is pretty well completed. More steel is on the way, however. The trusses are in place and all the stays and cross-steel bolted on. To visit the building and note the substantial way it is being put up, its size and the good material being used, impresses one with the evident heavy expenditure the Stroehles are putting into this fine garage.

There is very little change in strike conditions throughout the state from those of a week ago. Picketing is still being carried on the northern and southern fields, in spite of warnings given by Governor Adams, and the “Wobbles” seem to be running things as they please, with very little effort being made by the governor to enforce the law, and make it possible for miners who are anxious to work to continue doing so.

A snow storm Wednesday night covered the mountains to a depth of a couple of inches, which was greatly appreciated after many weeks of dry weather. The dust will be settled, air purified, and the change will be most enjoyable and healthful.

How to Make Onions on Toast by Nellie Maxwell: Cook a bunch of young green onions in enough water to cover until tender. Drain off the water add a tablespoonful of butter with salt and pepper. Prepare buttered toast and pour over the hot buttered onions, moistening with a bit of the liquor in which they were cooked. Serve hot.

Mrs. Nina Shaffer left for Denver on Thursday of last week, on a shopping trip, returning during the evening.

Mrs. John Rohling came up from Denver Saturday evening, on a visit with her parents, returning Sunday accompanied by Miss Rose Shiner, who had been visiting with Mrs. Patrick Boyle and other friends.

Clarence and Will Stroehle were over from Boulder Friday, to spend the weekend with their parents.

Miss Mildred Fairchild came over from the Teachers College at Greeley on Thursday afternoon of last week and spent her vacation with her parents.

The contractors finished their work on the new road up Clear Creek on Wednesday noon, and it is reported as being in first class condition. The new road cuts out two bridges across the creek, and follows the mountains die opposite the creek and through the old mill site of the Hidden Treasure stamp mill.

Mr. Fred Rogers left for Denver the first of the week on business matters.

Mr. Matt Ryan, who is in charge of the Toledo-Freeland group of mines in Clear Creek County, was visiting in Central the first of the week

Mr. C.A. Grimm, superintendent of the Perigee mines in the northern section of the county, was in Central the first of the week on matters of business for the company.

Patrick Kehoe, a miner working in the Plateau Mine at Apex in the Pine Creek District, was seriously injured on Saturday last, by a rock falling from the upper workings and striking him on the head. Drs. T.L. Ashbaugh, of this city, and Farnsworth of Apex, were called and made an examination of his injuries and it was found necessary to remove several pieces of the skull and some brain tissue. Kehoe was a single man about 25 years of age, and was a member of Sac and Fox Tribe, Improved Order of Red Men, of Apex.

At the Chase Mine in Willis Gulch, a force of ten men are employed on day and night shifts, and superintendent Gilmour says the property is showing up very satisfactory from recent developments. The regular work of drifting and stoping is being carried on and shipments of mill and smelting ore are being maintained to the mills and sampling works. The crosscut being driven north in the 300 foot level is looking well and no difficulty is found in handling the water.

The new shaft on the Tucker Lode in Quartz Valley mining district, which is being operated by Messrs. Parenteau and Reilly, is down 70 feet and the crevice is two feet in width with a solid streak of lead 12 inches in width. Former shipments of this ore, carrying 60 percent lead, returned $41.50 per ton, with no charge for treatment. The mill ore is returning from 2 to 3 ounces gold to the cord at the stamp mills.

At the Nuggets Mine in Illinois-Central district, work will commence next week in sinking the main shaft 500 feet deeper, the present depth of the shaft being 300 feet. There shifts of miners are at work, and good headway is being made. Development work in the drifts are opening up mineral from three to five feet in width, showing a solid streak of smelting ore 18 inches in width, with $35 per ton, the balance being mill ore that returns from 2 to 3 ounces gold to the cord. There is no water in the shaft to retard sinking and good progress is being made.

Sheet iron stoves, filled with pine wood, with a lighted match applied may be a safe thing in a cast iron dwelling, but in a wooden tenement that is as dry as tinder, there is just a little danger attending such an operation, as witness the fire in Black Hawk last evening, that had it not been for the timely assistance of a number of citizens of that place would have resulted in the destruction of the Enterprise Bakery, and in all probability a number of other buildings in close proximity. The houses in the three towns of Nevada, Black Hawk, and Central are so closely packed together that if a fire should gain any headway it would be an almost utter impossibility to arrest it, and everyone should take the utmost precautions to prevent any such catastrophe.

END_OF_DOCUMENT_TOKEN_TO_BE_REPLACED

Benefitting the county, schools, and much more By Don Ireland   This year marks the 30th anniversary of casinos opening in the former little mining towns of Black Hawk, Central City and Cripple Creek, Colorado. In those early years, smoking was allowed inside ... END_OF_DOCUMENT_TOKEN_TO_BE_REPLACED