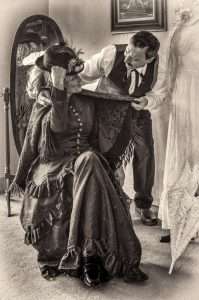 Tunnels #2 and #6 on U.S. 6 are going to get lighting in them by next spring. Those two tunnels have the most accidents in and around them. Money for the project will come from hazard elimination funds, according to Phil McOllough of the Colorado Department of Highways. Those funds must be used to correct demonstrated hazards. The highway department has plans to contract the project in December and have the lighting completed in May. To put the lighting in the tops of the tunnels, workers have to be right at the top and in the middle of the tunnels. That means closing the road, although provisions will be made for emergency vehicles. To minimize the impact on traffic, work will be done between 10:00 p.m. and 6:00 a.m., Monday through Friday. There will be no work done on the weekends. Exact dates for the work have not been set. McOllough said the highway department would like to light all the tunnels, but cannot afford to do so. The department will try to put raised pavement markers on the center lines in the tunnels and reflectors on the sides.

Anyone that had business at the Gilpin County Courthouse on Halloween day was in for quite a surprise. The entire first floor courthouse staff dressed up in a variety of costumes. Conducting business with Raggedy Ann and Andy, a jail prisoner, a gypsy, or a flapper from the roaring ‘20s, a cowgirl, a cheerleader, etc., was interesting, amusing and thoroughly entertaining. Trick or treaters were out in abundance as attested by Tess Terpening of Terp’s in Central City. She said that 239 children came to the store for their bag of treats. The Black Hawk Hardware store and Black Hawk Liquors also gave out treats to kids. Several other businesses had costume contests and awarded prizes for the best costume. Many locals had private parties at their residences. The RE-1 school had a haunted house in the Teller House, which was a “screaming” success. One of the many good things that can be said about Halloween this year is that it certainly was fun for both kids and adults.

Laurel and Stephen Higgins of Lump Gulch are proud to announce the birth of their son. Gove Ian McCabe was born at Boulder Community Hospital on October 16, 1985, at 3:18p.m. He weighed seven pounds 14 ½ ounces and measured 20 ½ inches in length. His grandparents are Robert and Georgiann Froemke of Fond du Lac, Wisconsin, and Richard and Pauline Higgins of Seaford, Delaware.

Howard E. “Jack” Dennis died at Lutheran Medical Center in Wheat Ridge on October 30. He was 78 years old. Dennis was born on February 17, 1907, in Sutton, Nebraska. He attended the University of Denver. In 1929, he married Jessie Hart. Dennis was a court reporter in Gilpin County District Court for years. He was probably one of the last court reporters to take shorthand of the court proceedings. He was a member of the National Shorthand Reporter Association. He is survived by his wife; two sons, James of New Jersey, and Jerry of Conifer; two brothers, Homer of Missouri, and Harry of Colorado Springs; six grandchildren and a great-grandchild. Dennis was cremated. By his request services were not held.

The world premiere of “The Ballad of Baby Doe” will open the Central City Opera House Assn. season next summer, Frank H. Ricketson Jr., president of the association announced Monday night. Ricketson made the announcement at the annual meeting of the association in the University club. Following “The Ballad of Baby Doe,” and American folk opera based on one of Colorado’s most historical figures, will be Giacomo Puccini’s opera “La Tosca,” Ricketson said. A three-day Mozart festival will wind up the musical season at Central City, he said. Plays for the dramatic festival ending the annual season of culture in the Central City Opera House have not yet been picked, he said.

Miss Norma Johannas, public health director of education, will be in Central City this Friday evening, 7:30 o’clock at the Ramstetter Café to hold an initial meeting to plan a health program for the city. All interested are invited to attend.

Mr. Earl Scheuer, of Mishicot, Wisc., was a visitor to Central City on Wednesday. He lived here some fifty years ago and attended the St. Aloysius Academy, which building has been torn down and the Ida Kruse McFarlane memorial now occupies that spot. He was accompanied by his wife and Mr. and Mrs. Joseph Ponsohork, of Milwaukee, Wisc. They spent several hours here and were greatly intrigued by all the attractions.

A letter received from Marion Bristol, of Gullford, Conn., stated that her mother celebrated her 98th birthday a few days previous. Mrs. Bristol will be remembered as the wife of James Bristol, who was engineer on the locomotive plying between here and Forks of Creek about fifty years ago.

Mr. Wm. Landau, who was taken to a Denver hospital, due to a heart attack last Thursday, has recovered sufficiently to return home.

Jackie Tobin of the U.S. Navy is home on furlough visiting his mother Mrs. Belle Tobin.

Mr. Peter E. Redmond and Anna May Gould were united in marriage Tuesday afternoon by Angelo DeBenedetto, Justice of the Peace. Mrs. Earl Person and Mattie Mosch were attendants as witnesses. The groom is employed at the Central City Café and has been here for the past year. The bride was born in Central City and has spent her life here. The couple expect to remain here for the present and have started housekeeping in the house opposite the old gallows frame of the Alert Fire Department. Their many friends here extend congratulations.

E.S. Rice was driving to Longmont Saturday when a pheasant sailed into and through the windshield of his car, and out through the curtains in the back. Mr. Rice was badly cut on the back and hands by the broken glass and had to have medical attention. The pheasant, after going through the car lay on the pavement stunned and a motorist behind Mr. Rice appropriated the bird. This was tough luck for Mr. Rice as he should have had roast pheasant to console him for the cuts and the loss of the windshield.

Sheriff Oscar Williams is on the lookout for those parties who come up from the valley in their autos and load them with goods from the houses in Nevadaville, which have been left temporarily by present and former owners, and will make it very interesting to those caught in the act.

Misses Berry and Viola Willis returned Sunday from Denver after being in attendance at the teacher’s convention there. On their trip down on Thursday afternoon, they were driving down Vernon Canyon in a dense fog and, on one of the sharp turns met headlong with the car of Oscar Williams, who was coming home. The collision amounted to considerable damage to both cars, but fortunately no one was injured.

Leroy J. Williams came up from Denver Tuesday evening on a short visit here while attending to business and legal matters.

Five men are now employed on the Incidental Mine property in Russell Gulch and more will be added as development work opens up new ground.

Joe Casper is hauling a car of coal from Black Hawk for use at the Incidental Mine.

Died: Joseph O. Dostal, a former resident and business man of this city, died in San Diego, California, on Monday evening last, aged 81 years and his remains will be shipped to Denver for burial. After the fire which destroyed this city in 1874 he built a brick building on Main Street, which he used for his business, and he name can still be seen in the rock tablet on the front of the building. He is survived by a son, Frank, of Denver, another son, George, of Chicago, and a daughter, Mrs. George Livingston, of Denver.

Died: In Denver, November 12th, 1925, Neil Burroughs, of Black Hawk, aged about 60 years. Mr. Burroughs was taken to Denver Wednesday morning, suffering from a severe attack of asthma. He was so weak that he had to be carried to the auto from his room, and to the train from the auto, and was looked after by friends on the train. He had been a resident of the county for many years and conducted a candy store in Black Hawk.

AD: To my Friends and Patrons I am pleased to announce that I have secured the services of Miss Emma Schaffnit at my Cash Dry Goods, Boot and Shoe Store, Granite House block, Central City, where she will be pleased to see her many friends. Signed, M.A. Saly.

Messrs. T.D. Whalen and J.F. Doyle, Sunday afternoon, were examining a 40-foot prospect hole on Sheridan Mountain, with a view of leasing and bonding it, when a section of ladder gave away. They landed in the bottom of the shaft in six feet of water. They managed to climb to surface, pretty thoroughly chilled. Mr. Doyle’s right shoulder blade was badly injured. Mr. Whalen escaped injury father than a few scratches.

Senator Henry Teller and son Harrison paid Central City a flying visit on Friday last. While here the senator examined the system of water works which supplies the Teller House with water, and mapped out many improvements which are to be made to the same.

We are sorry to learn that George E. McClelland and family have decided to locate to Denver. We join with their many friends in wishing them prosperity and happiness in their new home.

Mr. W.J. Wells, the first of the month took a position with the Hubert Mining & Milling Company, Nevadaville, and has given up the superintendence of the easterly portion of the Justice Mine in Lake District.

Mr. Al Rollings, who for a number of years has resided on the Fisher ranch above Rollinsville on the South Boulder Creek, has removed to Boulder City. He will take up a residence in that beautiful valley town.

Mr. Alfred Rickard, formerly general manager of the property of the Gold Coins Mining Company, Nevada District, returned Wednesday from his former home in England. His health is much better for the brief visit he made across the Atlantic. He will remain here until such time as he can close up his business.

Born: In Black Hawk, Thursday morning, November 7th, 1895, to the wife of Walter Scott, a son.

Died: In Black Hawk, October 30th, 1895, George Robert, infant son of John H. and Adelia Powers, aged 1 year, 1 month, and 9 days. The funeral occurred from the family residence on Saturday morning last. Interment was made in the Masonic Cemetery, this city.

END_OF_DOCUMENT_TOKEN_TO_BE_REPLACED

Benefitting the county, schools, and much more By Don Ireland   This year marks the 30th anniversary of casinos opening in the former little mining towns of Black Hawk, Central City and Cripple Creek, Colorado. In those early years, smoking was allowed inside ... END_OF_DOCUMENT_TOKEN_TO_BE_REPLACED