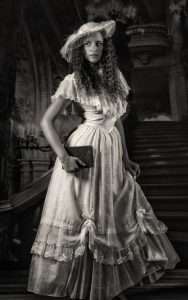 Suspected LSD worth an estimated $200,000 was confiscated from an alleged laboratory at a Gilpin County house on South Beaver Creek Road last Friday. According to Gilpin County Undersheriff David Martinez a “no knock” search warrant was obtained by the Arvada Police Department. The warrant was obtained to shut down the laboratory that was allegedly in operation for several weeks. Martinez said the Gilpin sheriff’s department had the house under surveillance for several months regarding other investigations. On the morning of October 18, Martinez and Deputy Bruce Hartman assisted agents from the Federal Drug Enforcement Administration, the Colorado Bureau of Investigation, the Arvada Police Department, and officers from the Idaho Springs Police Department in serving the warrant on the house. According to Martinez, “Several items of evidence were removed from the residence.” Four people were at the house when the search warrant was served. Martinez said they did not offer any resistance to the officers. Bertrand Isedore Croteau and Amy Jean Lesperance were immediately taken to the Arvada Police Department for booking. Two other males at the house were obtained for questioning. Martinez said the case was in connection with a drug bust that took place in Boulder the day before, when three men were arrested and 1,700 doses of suspected LSD were confiscated.

Criminal attempt to commit first degree murder, first degree assault, and “violent crime” charges were filed against William E. Boone, 67, of Nevadaville by the Gilpin County Sheriff’s Department on October 18. Boone was apprehended by Sheriff Rosetta Anderle and Undersheriff David Martinez on October 10 for the alleged shooting of Jerry Stringfellow. Boone appeared in Gilpin County Court on Tuesday for advisement of the charges. Bond was set at $5,000. A preliminary hearing was set for November. Anderle said last week that charges are not pending against Stringfellow at this time.

Late Saturday night, Sunn Classics Productions wrapped up the last of the filming of the miniseries “Dream West” in Central City. This week dirt was removed from the streets and buildings used for the scenes were torn down. Central City street lights were put back up, and things returned to normal.

Three juveniles have admitted to Gilpin County Sheriff Rosetta Anderle that they took the two-axle trailer used by the seventh grade class in the RE-1 school’s homecoming parade. The trailer was taken from the school after the parade and driven to the Pickle Gulch Campground on October 12, the day of the parade. Two days later, the decorated trailer was found at the campground. It had not been damaged and was identified by the owner, a resident of Dory Lakes. The juveniles told Anderle that the trailer was taken as a prank. Anderle said that if charges had been filed, they would have been for felony theft. The owner of the trailer did not want to press charges against the juveniles. Instead, the juveniles had to apologize to the owner of the trailer. They also had to explain their actions to the entire seventh grade class and give the class their apologies. The kids did apologize to the class while the sheriff, the trailer’s owner, and the principal of the school watched.

The town of Tolland in Boulder Park, about five miles east of Rollinsville in Gilpin County, was entirely destroyed by fire Thursday morning about 10:00 o’ clock. As far as we have been able to learn before going to press, the fire started in the building recently rented for a small grocery and was caused by a lighted cigarette dropping through a crack in the wooden floor onto sawdust. The buildings, six or seven in number, were erected over fifty years ago when Tolland was a thriving town, catering to employees of several saw mills, men cutting timber and tourists. They were all frame buildings and dry as tinder, and when the fire first started, driven by a strong west wind, there was no chance of stopping it and the entire row of buildings were consumed. The Pinecliffe volunteer fire department brought up their equipment consisting of a pumper and hose cart. The pumper was placed on the banks of South Boulder Creek and a stream of water played on the smoldering flames, but by the time the Pinecliffe volunteers arrived at the scene of the conflagration, there was little left of the buildings. Even then the wind was so strong that it was almost impossible to direct a stream of water on the burning embers as the fire was so intense and fast the buildings were consumed within an hour. Several cabins owned by Mrs. Geo. Mosch on the eastern part of the town were completely destroyed. The other buildings were owned by Mr. Henry Toll. None of the cabins on the western side suffered any damage from the flames.

At a meeting of the Selective Service Board, Wednesday afternoon, Mrs. Margery Sonnleitner was appointed Clerk of the Board, replacing Mrs. Agnes Nafziger, who has resigned after two years of efficient service.

Mr. and Mrs. Malcolm Lathan were in Central City last Saturday visiting with friends. Mr. Latham will be remembered as the Eighth grade teacher in the local school last year, and is now teaching in one of the Denver schools.

Dr. Ray Isberg and Jack Welch were up from Denver Wednesday doing repair work on their respective homes, preparatory to the cold of winter.

The children of the lower grades will have a Hallow’een party next Monday afternoon at the Clark School. The mothers will serve as hostesses.

A baby girl was born on Oct. 19 at Presbyterian Hospital to the wife of Avery Rich. She has been named Debora Ann.

Mr. Ed Evans who has been confined to his home for several weeks with the flu is slowly improving.

Men laugh at women’s fashions and forget how ridiculous they look in some of the things fashion decrees for them.

A terrible wind storm was on the program on Sunday evening, and it was a howler, but did no damage here. Monday’s Denver papers showed where the same windstorm struck in the east, wrecking cities and killing many people. Tuesday afternoon and evening a nice little fog came up from the east, and thermometers dropped to 10 above zero, with a light fall of snow, but Wednesday morning the sun was shining its brightest, warm and comfortable.

Oscar Peterson, a miner working in the Peru Mine on North Clear Creek, met with a severe accident on Saturday evening last, when he drilled into a small charge of giant powder which had failed to explode with the regular charge. He was working in a raise and started to drill a hole when the drill struck the charge of powder, causing an explosion, the force of which struck him in the forehead, cutting his head badly and filling his eyes with fine pulverized rock. Walter Scott, Jr., of Idaho Springs, who is manager of the property, was immediately notified and left with a doctor for the scene of the accident, where they found Mr. Peterson suffering severely from the accident, and left with him at once for one of the hospitals in Denver, where he has been receiving treatment for his injuries. Latest reports from the hospital are that the chances are favorable for saving the sight of one of his eyes.

RECIPE:  How to Make Oyster Bisque: Cook a pint of chopped oysters in three cups of milk, strain and reserve the milk. Rub the oysters through a sieve, add two tablespoons of flour mixed with two tablespoons of butter; add milk, salt and cook eight minutes. Add a beaten egg and serve at once. By Nellie Maxwell.

Died: In Central City, October 28th, 1925, James McGrew, aged 73 years. Mr. McGrew had been a resident of Gilpin County for 40 years, following mining and prospecting, and was successful in several of his efforts in that line. Of late years he had been unable to do much work, and for the past year was bed-ridden, and waiting patiently for the summons that would relieve him of all his earthly troubles. He was a hardworking man, a good citizen and left many old friends who will be grieved to hear of his death. Wednesday afternoon a hearse came up from the Olinger undertaking establishment in Denver and the remains were taken to Denver, where funeral services will be held and interment in the Crown Hill Cemetery. He is survived by his wife and step-daughter, Mrs. Smith, of Chicago.

Died: In Black Hawk, October 20th, 1925, Bertrand A. Avery, of fatty degeneration of the heart, aged 58 years and 14 days. Deceased had been a resident of the county for 12 years, following ranching the greater portion of those years. He had been admitted to the bar in Minnesota as an attorney, but had not practiced his profession to any great extent in this section. He is survived by his wife, two sons and a daughter in Black Hawk and a son and daughter, by a former wife, in Seattle, Washington.

There is a man in Black Hawk named Climax. He never goes bareheaded, fearing that some hatter might facetiously joke with him about capping the climax.

The custom stamp mills of the city have been better supplied this week with ore than during the preceding week. The miners who took in the great Festival in Denver have returned and are at work again, which accounts for the better ore supply.

Mr. Samuel Mishler, who has been in failing health for some length of time, left last week for Denver, where he consulted Dr. Edmundson, who recommended him to certain well-known and competent surgeons for surgical operation. Mr. Mishler is still in Denver and is receiving the best of treatment known to surgical skill.

Mr. Wm. Stevens, after being bedridden for nearly two months, is out again, his first appearance being made last Monday, at which time he visited his mine on Quartz Hill. While not being as supple as in 1859, he still has the will power which is one half the battle in life.

The benefit ball given at the People’s Theatre in Central last Friday evening by the Silver Band of this place in aid of the widows and orphans of the mine disaster, occurring in August last, was fairly attended. At present writing it is not known what number of tickets were sold. Quite a sum of money was realized which will be equally divided among the unfortunate people.

Married: In Central City, October 23rd, 1895, Mr. Grift W. Hughes, of Russell Gulch, to Mrs. Kate Harvey, late of Denver. The wedding ceremony was witnessed by a few intimate friends, the wedding ceremonies over the happy couple, “two souls with but a single thought, two hearts that beat as one,” drove to Russell Gulch by conveyance and thence to Idaho Springs, where they spent a short honeymoon. They have taken up a residence on Williams Avenue, Russell Gulch.

Died: In Central City, October 23rd, 1895, Leonard Joseph, infant son of Mr. and Mrs. John Brouhl, aged 1 year, 8 months and 13 days. The funeral occurred yesterday afternoon from the Church of the Assumption, at 2 o’clock. Interment was made in the Catholic Cemetery.