The story of Ulysses S. Grant’s 1873 visit to Central City is well known. Central City’s residents, in an effort to impress the president and his wife, laid $20,000 worth of silver bricks (made from silver from the Caribou Mine outside of Boulder) on the sidewalk leading to the front door of the Teller House in order to create a fitting welcome for the president. Grant, being a smart politician and not wanting to anger or encourage either side in the long-running gold versus silver debate, skirted the silver walkway and entered the hotel through another door.

But, even more impressive than Grant’s 1873 visit, as far as most residents were concerned, was his lesser known July 1868 visit to Central City, which brought three Civil War heroes to town. By the late 1860s, Ulysses S. Grant was one of the most respected and popular men in the United States. It seemed only natural that by early 1868 Grant’s name was frequently mentioned as a possible presidential candidate. When he let it be known that he was interested in the position, the Republican Party quickly nominated him at their convention in Chicago in May.

Almost as popular were two other heroes from the Civil War, Generals William Tecumseh Sherman and Phil Sheridan. In 1868, Sherman was in the military commander of all territory west of the Mississippi and east of the Rocky Mountains. Sheridan had served as the first military governor of the Fifth Military District, which was made up of Texas and Louisiana. The triumphant trio of Grant, Sherman, and Sheridan were heroes as far as anyone in the country was concerned.

After Grant’s nomination, newspapers scrambled to keep their readers informed of his daily actions. The Rocky Mountain News reported in early July that Grant would soon be leaving Washington to visit his father in Kentucky before proceeding to St. Louis to attend to military affairs and inspect a farm that he owned nearby. After that, he would travel to Omaha and take trips on both of the Pacific railways as far as the telegraph wires went (so that he could remain in constant contact with his subordinates in the army). Somewhere between Washington and Omaha, Grant met up with Sherman and Sheridan and the three arrived in Leavenworth, Kansas on July 17, where they announced that they would be leaving for Denver three days later.

The infamous trio arrived in Denver on the Smoky Hill coach at noon on July 21, but there was no public reception as they were traveling in private rather than in an official capacity. While in Denver for the night, Grant “strolled around as if at home,” according to the Rocky Mountain News, whose editor had a chance to shake his hand, light one of his cigars, and listen to him “extol our country and town enthusiastically…” Both Grant and Sherman told the newspaper that they made the trip to Colorado simply because they had the chance to and did not know when a similar chance might present itself and because they believed that it was the duty of every public man to see the country. Grant would stay in one place until a crowd, eager to see the famous hero, gathered, after which he would quietly walk to another place. The News proclaimed him to be one of the most unassuming men ever, but went on to say that he “ought to have some consideration” for people who were simply eager to catch a glimpse of him. Only Sherman did not show himself during his first night in Denver, leading the newspaper to suggest that he was “probably writing or attending to business of some kind.”

The three generals left for Georgetown the next morning, which led the News to express its regret that the people of Gilpin County would not get the chance to entertain the famous visitors and show them the mines and other activities in Central City and Black Hawk. The three were moving, however, “as if under general order and have only a limited time to effect their determined combinations. They have no leisure in the common acceptance of that term.” Grant, Sherman, and Sheridan made a brief stop in Golden on their way to Georgetown, where the Colorado Transcript reported that, like any famous people visiting Golden, the three received a “respectful welcome and God-speed” from residents. Grant, however, was again criticized for his silence during the journey, with the Transcript reporting that ever since he had entered the political arena it was only with “great exertion” that anyone could get anything resembling enthusiasm from him.

Grant had telegraphed Central City banker George T. Clark that he would be passing through Central City that evening and that would be having dinner, but failed to mention his two famous traveling companions. The three arrived in Central City that evening to face an astonished crowd, with the Daily Miner’s Register reporting on July 23rd that “the greatest Generals of our nation, and the world…passed through our city on their way to Georgetown yesterday.” Despite non-stop rain, a huge crowd turned out to see the triumphant trio, but they maintained their “usual silence and reticence.” The newspaper reported that the generals were expected to again pass through town on their return to Denver the following day, but that the only chance to catch more than a passing glimpse of them would be if “they take off a coach wheel or something of that sort to cause delay.”

While no record of their visit to Georgetown seems to exist, Grant, Sherman, and Sheridan were more relaxed on their return journey. When they arrived in Central City they stopped at the Wells Fargo Express Office on Lawrence Street (site of the present-day Visitor’s Center) and received the hundreds of visitors who wanted to see them. The Daily Miner’s Register reported that “a more cordial, heartfelt greeting could not have been extended” as the crowd thronged around the three great men to shake hands and catch a glimpse of them. The schools even closed so that their students could see them; one girl even exclaimed “‘they kissed all of us schoolgirls.’” When the three got back into their carriage to return to Denver, the residents of Central City sent them out of town with “three roaring cheers.”

That evening the three generals attended a large reception held in their honor in Denver, erasing all memories of their silence when they first arrived in town. After greeting thousands of well-wishers, the “immortal trio” boarded a coach for Cheyenne on the morning of July 24th, ending one of the most unique political visits to Colorado before or since. 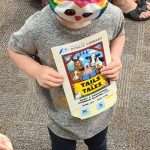 Tails and Tales
Next Article 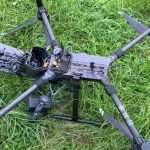