Tiny tots – eyes all aglow, of course! – learned the value of sharing and being thankful as they served at Gilpin County School’s traditional preschool Thanksgiving stone soup feast. The youngsters gathered with their teachers, family, and friends on the morning of Tuesday, November 20, for the festivities.

The meal was served in the classrooms of both preschool teachers, Beth Worley and Rachel Hansard. Ms. Hansard’s class was observing the tradition in their class for the first time. Each child had brought a couple of cans of vegetables or broth to add to the soup. Corn, beans, carrots, potatoes, and peas were combined to make a hearty vegetable soup. The key ingredient was the stone.

Tradition dictates that a stone must be placed in the soup. This custom relates to a folk tale that the children hear each year in which some selfish villagers learn to share. During the story, boys and girls placed plastic vegetables in a black cast iron pot at Ms. Worley’s feet. Everyone said, “yum, yum” and rubbed their tummies at the appropriate place in the story.

Two hungry travelers arrive at a village hoping to find someone who will share some food with them. However, villager after villager refuses to share, each one shutting the door in the travelers’ faces. The travelers begin to show how to make their special recipe for a magical soup, using a stone as a starter. First, they need is a carrot, which a young girl supplies. Others contribute potatoes, corn, celery, and seasonings. The soup grows until it is enough to feed everyone. The villagers – and the children – learned that sharing makes us happy.

In different traditions, other common objects are used instead of a stone, and the fable is also known as axe soup, button soup, nail soup, and wood soup.

Additionally, Ms. Worley also read the story of “The Rainbow Fish” by Marcus Pfister.  That story was about a beautiful fish who learns to make friends by sharing his most prized possessions, his shiny scales.

After the stories, the kids donned construction paper turkey headdresses. Ms. Worley’s class danced to “Any Turkey Can Tango.” They touched the ground, turned around, and in general strutted their stuff as parents recorded memories via cell phones. Ms. Hansard’s pupils entertained with the “Tooty Ta” dance.

Then the children lined up at the serving tables in both classrooms to dole out juice, crackers, cookies, and pumpkin pie. Guests sat at child-height tables that were decked out with hand-made place mats and table runners.

Of course, everyone enjoyed the soup and praised the little cooks. As usual, no one found the stone, but one dad suggested looking for someone with a broken tooth. (Hint: the stone gets removed before serving the soup.)

The kids also shared what they were thankful for. We can all take a lesson from these precious, simple comments by remembering to be thankful every day.

“My mom, dad, and Shiloh. Dad keeps me safe when it is hailing.” – Levi

“My family. We wrestle and play Barbies.” – Claire

“My brother Ben. He plays boat with me.” – Stella

“My remote control spider. You press buttons and it goes racing.” – Ricky

It doesn’t get any better than this! 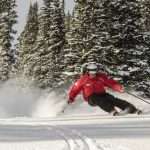 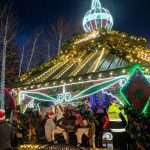 Black Hawk illuminates the holidays with 75,000 lights
Leave a comment