Vice Chair Samuelson led the Pledge of Allegiance and then a moment of silence for fallen Firefighters, Military Service members, and Police Officers.

Changes to the agenda

Treasurer Paul Ondr presented the Treasurer’s report noting that the report contains nothing super exciting. “All the large numbers on the report are Capital items and are noted as such” Ondr continued, “The rest is pretty much normal operating costs.” For a closer look, visit http://www.timberlinefire.com/SiteAssets/board-of-directors/Oct%202016%20Financials.pdf

Chief Glen Levy provided the Timberline Board with an update on all the facility items.

Station 3 HQ has been repainted with a completely new paint scheme, chocolate brown exterior with fire station red doors. The entire facility has been cleaned up inside and out. Minor grading was completed to allow run-off to drain to the culvert and recycled asphalt was put down. New signs have been ordered and should be mounted by mid-December.

Station 7 needed considerable exterior work. The main building had many failures in the structure that need sealing and repair. The contractor did an amazing job is repairing the integrity of the building and painting the exterior with the new color scheme. The annex was sealed and painted as well. The area in front of the annex had recycled asphalt installed, but we still need to get the hard asphalt repaired in front of the station. New exterior LED motion lights were installed. The entire property was cleaned inside and out. New signs were ordered and will be installed by mid-December.

Station 2 also needed considerable exterior work. Numerous rust holes and building openings caused by animals needed to be repaired, as well as some metal work on the roof line. The exterior was painted with the new colors. New interior lights were installed in the garage area as it was cheaper to replace the old fixtures than repair them. There are numerous failures in the gutter system and we are obtaining bids to make the repairs.

Station 4 will be re-stained next year, but a new exterior door needed to be installed. There is some significant grading that will need to be performed to change the swale to move the run-off further away from the front of the station. Also, recycled asphalt will need to be put down in front of the station once the drainage issues are fixed. The 3-phase motor that supplies the cistern pump will need to be replaced. Once the Chief gets the bid on the motor and installation, he will be asking the Board to approve the repairs from the Boulder Water Fund.

Station 6 will be re-stained next year and has already had new windows installed. We will be installing a new station sign installed mid-December, dedicating the station to Robert Walsh a long-time responder at Station 6. New exterior LED motion lights were installed.

The 2017 Timberline Board meeting schedule was approved, but not without some considerable shuffling. All meetings will be held at Station 7 at 7:00 pm on the following dates:

With the warm weather experienced this fall, Timberline will be able to perform work that they originally thought would have to wait until next spring. To take full advantage of the contractor’s schedule and the weather, Levy requested the Board to approve $30,000 from the Capital Reserve from 2017 in order to charge ahead and complete the capital projects that were originally scheduled for 2017. Timberline board approved the request unanimously.

Chief Levy reports, “I am excited to report that we have ended October in outstanding financial shape as we continue to focus on our four main structural goals; Stability, Sustainability, Trigger Points, and Margin. We are planning to end 2016 having spent approximately 91% of the adopted budget, allowing us to again start 2017 with funds not spent in 2016.” Levy continued, “In addition, we received $28,124 in donations in 2016. That is both a staggering and a humbling number. Our community has been very generous to us and as Chief, there is no way that I can express my thanks to the Timberline community. It has been my practice to use donated funds to provide or improve services to the community or to use for items specific for our firefighters.

In Timberline’s geographical district alone, there are approximately 700 properties that are technically not in Timberline’s district, but receive the same excellent services as those who pay to be in the district. When Timberline was formed there was not a redistricting, but rather two existing districts simply merging. This left quite a few properties within the geographical Timberline district not included and not formally in any established fire district. Timberline has been providing services to these properties/areas without charge. Timberline has offered an “open season” inclusion every February for the past three years. This “open season” allowed inclusion at no charge, with Timberline waiving the usual $300 fee. Several property owners have taken advantage of the “open season” offer. However, it is the belief that many property owners don’t know that they are not in any fire district and realize the benefits, while others are choosing simply to not be included. Timberline Board approved the Inclusion Election process to be started immediately with a GIS survey to identify which properties are affected, notification of the property’s non-district status, and an Inclusion Election held before May 2017.

There has been some discussion between Timberline and both the City of Central and Gilpin County regarding Timberline playing a greater role in fire and emergency services with both agencies. Chief Levy has put in a tremendous amount of time and effort to gather information and initiate solutions to solve the “No Man’s Land” or the “South District” dilemma. Timberline Board, Central City Fire and Gilpin County Commissioners conducted a workshop October 24, 2016 at the Old Gilpin County Courthouse. The biggest takeaway was that all parties agreed that there is a big issue of no fire coverage in the South District and that there are no inexpensive or easy solutions. This is a large area far removed from Timberline’s district and Timberline does not have the resources or interest of solving it alone without the cooperative effort of the Gilpin County Board of Commissioners, Central City Fire Department, and the residences in the South District. There was no motion on the South District inclusion as this was simply an informational discussion.

Over the past six months, Timberline continues to have apparatus being repaired and in for maintenance. It is common for one of their apparatus to be in the shop, either locally or in Denver, estimated to be 30% of the time. This places an operational burden on the district as Timberline doesn’t have any reserve apparatus that can be placed in service. Chief Levy requested that $150,000 be allocated from the General Fund to purchase a reserve truck to relieve the burden on the district. It will be housed at Station 1 when it is not used as a reserve unit. The proceeds from the sale of Tender 52 will be more than adequate to fund this purchase. Timberline Board of Directors approved the allocation of funds to further pursue this effort.

Currently Timberline provides 75% of the employee’s health care coverage. To be competitive and fair, Chief Levi proposed that Timberline provide 100% of the employee’s health care benefit package. Financial impact will equal approximately $3,700 per year. This only affects two full time employees. This does not include the Chief’s benefit package. Timberline Fire Board of directors approved the benefits increase to be effective in 2017.

Chief Evaluation Update – Director Taylor has completed the questionnaire and will be sending them out to the pertinent stakeholders.

Timberline Board approved the contract with Poysti & Adams auditing agency. Because Timberline is a governmental agency, a yearly audit is required to ensure taxpayer’s dollars are spent in a fiscally responsible manner. The annual fee is $8,400 for 2017, down from the $9,000 fee from 2016.

Administrator Jennifer Hinderman presented a new option for Timberline’s Commercial Insurance. Commercial Insurance provides property, vehicles, and workman’s compensation coverage. T-Charles Wilson came in with a bid of $28,121, which is $3,200 less than the previous insurance policy. Timberline board of Directors approved the T-Charles Wilson policy.

Just in time for the Holidays

Timberline Firefighters will soon receive a $25 gift certificate from B&F Foods in Nederland. The Board approved the purchase of the certificates to express their appreciation for all the effort and sacrifices that our firefighters and their families make throughout the year.

Timberline Board of Directors adjourned the November Regular meeting at 9:47 p.m. 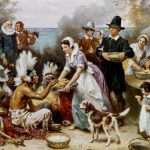