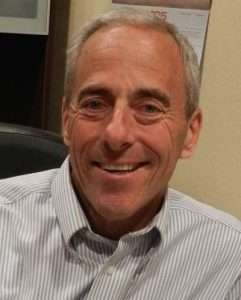 All board members were in attendance in person or via phone for the Timberline Fire Protection District’s Board Meeting on April 13, 2015, including Chief Schimanskey and Training Captain Levy. There were no presentations, correspondence/email or legal issues. Minutes were approved as written for the last month’s meeting. Treasurer Paul Ondr presented the treasurer’s report indicating that only very minor changes had been made. Ondr reported that the check register looked good and all receipts had been received. In May, the firm Poysti and Adams are preparing and administering this year’s annual audit of the 2014 Financial Records.

Chief Schimanskey then presented the Chief’s report by first communicating the results of the Open Recruitment period in March. The Open House on March 21st was successful and eight new members will be joining the district. The Family Potluck BBQ at the end of March was also a great meeting. In Operations, Schimanskey noted attendance at several meetings and assigned personnel to upcoming events. Training is going well and national standards are being met through current Job Performance Requirements (JPR) completions at the burn house and scheduled required/recurrent training about wildfire. March was a busy month with over 30 calls. Captain Levy has surveyed the department regarding their training requests and needs and started a driver-training program. Schimanskey reported upon pending grants. Both the VFA and DFPC Grants were not awarded. The District is planning to apply for the upcoming DOLA Gaming Impact Grant.  Repairs on Station 7 are moving right along and projected under budget. Schimanskey requested approval for Phase Three to additionally include two window replacements at Station 6 with hopes to improve the building’s energy efficiency. Fifteen sets of bunker gear have been ordered, the equipment necessary to best handle a structural or house fire incident. After he concluded his Chief’s report, Chief Schimanskey commented, “I assume you trust my judgment. I strongly recommend that the board appoint Captain Levy as the Interim Chief immediately because he’s just done some wonderful things here and I believe it will only make the department stronger.” Schimanskey noted that he was burnt out and felt the change would best in order to allow the department to use the resource and knowledge that Captain Levy has and is.

The board then discussed the staffing plans, including Schimanskey’s recommendation with Chief Schimanskey and Captain Levy, who explained they were committed to working together through the transitional process if Levy was to be appointed. Levy indicated that he is well supported at home and in the department to take on the task of becoming Chief and plans to continue training. He will continue to evaluate the department and will propose a bit of restructuring to best support the firefighters and the community. The Board discussed the Interim Chief position title, indicating that it should be changed to Chief. A motion was made and approved to update the Chief’s title and also to appoint Captain Glenn Levy to Chief Glenn Levy. His first order of business as Chief was to appoint Chris Schimanskey to Battalion Chief of Operations. Chief Levy was charged with tasks of creating a staffing plan by the next board meeting. The board discussed how to communicate the change and Levy commented about becoming chief, “This is a pretty special place. I came here specifically to work for Timberline. If I’m not doing what is in the best interest of the fire department and the citizens, send me packing.” Vice-Chair Rick Wenzel expressed gratitude to Schimanskey, “Thank you for everything you’ve done for the district for the past 38 years. You stepped up at a time when we had some challenges. We can always count on you and we really appreciate what you’ve done for us over the past seven months.” Levy was clear to state that he would need Schimanskey’s counsel and judgment to help create a firm foundation for future growth.

The board meeting continued with other items of old business. Secretary Rik Henrikson and Treasurer Paul Ondr plan to visit some possible lots for a Rollinsville station. Member At Large Chip Smith spoke about the need for architectural and stamped engineer drawings for the Station 1 building project and Station 8 remodel. There are currently RFPs out for these projects, but varying bids have been received because the plans are not available. The board wishes to get solid, concrete bids and will have these plans and drawings done. The board approved the Air Trailer Intergovernmental Agreement (IGA) between Timberline FPD, City of Black Hawk and the City of Central as condition for a grant received for the new equipment. The new air trailer will be housed at Station 3 and annual maintenance will be taken care of by Timberline. President Jim Crawford noted that he would be working with Captain Levy in regards to the Gilpin County Commissioner’s request for them to adopt the 2015 codes, instead of the 2012 version, which was discussed at the last meeting.

New business was presented including an updated meeting schedule for board meetings and discussion about a Command Vehicle IGA. The current proposed agreement has been drafted by the City of Black Hawk and is now in circulation to Timberline FPD and the City of Central for review. It is necessary in order to understand who is responsible for what, the money involved and to effectively lie out expectations. The new command vehicle be completed by the beginning or middle of June and is thirteen feet plus in height, which poses difficulties for storage. The board meeting was adjourned at 8:33 pm and the next meeting will be May 19, 2015 at 7:00 pm held at Station Three, with the address of 660 Highway 46, Black Hawk, CO 80422.

END_OF_DOCUMENT_TOKEN_TO_BE_REPLACED

Where the dead get to tell their story By Jaclyn Schrock On Saturday, August 21, the Gilpin Historical Society held their annual Cemetery Crawl. Tickets allowed the shuttle of hundreds of guests from the Teller House parking lot to the Cemetery. Depending on v... END_OF_DOCUMENT_TOKEN_TO_BE_REPLACED