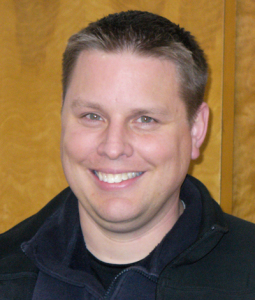 After being put on Administrative Leave last week

At the regularly scheduled Timberline Fire Protection District Meeting on September 17th, Board members received and accepted Chief Chris Jennings resignation. Prior to the meeting, Jennings was placed on administrative leave.

On September 10th, the Timberline Board had held an emergency meeting with all members present (with Member at Large Chip Smith phoning in) along with Chief Jennings. Board minutes show that it was at that time that the Board placed the Chief on administrative leave “until further notice pending investigations.” The Board then went into executive session to discuss personnel matters involving Jennings. No further details were available in the minutes as to why the Chief was placed on administrative leave.

On September 15th, Board President Jim Crawford confirmed with Weekly Register-Call staff that Jennings had been placed on administrative leave, and that Assistant Chief Chris Schimanskey was functioning as interim acting chief. Crawford would not release any other details at that time. He told the WRC news staff that at the regular Board Meeting on the 17th, the Board was planning to release details such as the reason, how long the leave would last, what actions the Board planned to take. Crawford also reported to the WRC news staff that the Board was looking into things and was not sure if there was anything wrong at that time. The WRC news requested that the information be released to this reporter at the meeting on the 17th.

At the September 17th meeting, Crawford was present along with Vice-President Rick Wenzel, Member at Large Chip Smith, and Secretary Paul Ondr. Treasurer Rik Henrikson was not present for the beginning of the meeting. The WRC news reporter sat through the Board meeting expecting at some point to receive the information as to why Jennings had been placed on administrative leave, but none was forthcoming. After the new and old business was discussed, Henrikson arrived and the Board retired to executive session with Jennings. After the executive session, it was announced by Crawford that the Board had received and accepted Jennings resignation.

Still, no further details were given as to why Jennings was placed on administrative leave, nor why he had resigned. “After executive session we talked over some issues we had with the Chief, and the Chief has submitted his resignation as Chief of Timberline.” The resignation was accepted effective immediately,” Crawford noted.

Secretary Paul Ondr stated, “Just so everybody knows, President Jim Crawford will be meeting with Chris Jennings sometime before 5 p.m. Friday to handle equipment issues and come up with a final tally regarding some financial issues regarding PTO.”

The Board then appointed Schimanskey as acting Chief until further notice effective immediately. Acting Chief pay was determined at the rate of $20 per hour not to exceed fifteen hours per week for administrative duties only. The Board also moved to increase Timberline Business Manager Jennifer Hinderman’s hours from 32 to 40 until the January meeting. Additionally, the decision was made to solidify arrangements with two part-time maintenance employees. The two employees had been reporting to Jennings, and it was unclear what that arrangement had been. The Board moved to allow both employees to work up to 30 hours per week until further notice and to work under the supervision of Schimanskey.

During the public comment section at the end of the meeting, this WRC reporter asked the Board what precipitated the decision and subsequent resignation. “Being that you receive tax dollars, I think the public is entitled to understand the gist of the situation. I understand that given it is a personnel issue, we may not be able to receive all the details.” Crawford said they did not have a prepared statement. This reporter asked the Board if they would like to prepare a statement, to which they agreed.

The meeting was then re-opened under New Business. Ondr advised that the Board should consult Timberline’s lawyers. A meeting with the lawyer was preliminarily established for 10:00 a.m. the following day. Additionally, a special meeting was established for Monday, September 22nd at 8:00 a.m. to develop a plan to hire a new Chief.

On Monday, September 22nd a special meeting was held to develop a plan in order to advertise and secure a new full-time Chief for the District.

September 17th was also Timberline’s quarterly Pension Board Meeting. All Board members were present with the exception of Treasurer Rik Henrikson.

The Board discussed the vacant Trustee seat. Crawford said he sent out an email the membership regarding the vacancy, but got no response. The Pension Board is not required by statute to fill the vacancy.

The Board also discussed the 2015 pension contributions. It was decided that Timberline would continue to contribute $15,300 annually.

The Board discussed the missing receipts for from the Bank of America Credit Card. Four receipts were missing from Jennings during the time period of 7/11/14 to 8/10/14:

“I want to state this one more time, and I have stated this the last two meetings, we must have receipts for accurate accounting purposes. It was in the audit report, and I stated that concern the last time,” Smith said, “I think our Chief has to do better.”

It was noted that business meals were 99.9% of the budget on the August 31st General Fund balance sheet. Other line items noted by Crawford as near or over the percent budgeted for the year include:

Crawford noted that the line item for salaried maintenance wages for the unfilled salaried position is only at 2.28% of budget, which offsets the overage for the maintenance hourly wages being paid to the two part-time maintenance employees.

It was also noted by Smith that the training budget, currently at 44.47% of the budget, was mainly for the Chief’s training. “I don’t know what percentage, but most of that is the Chief’s. That is an issue. Trips, meals, hotel, flight – all for his training – not the Department training,” Smith said.

Crawford also noted that the initial draft budget must be available to the public by October 15th. The final budget will be approved in December.

Crawford moved that the Board stop pursuing the Station 3 insurance claim with the County. Timberline incurred a $1,000 clean-up bill due to a sewage back-up that Timberline believes was caused by a jail inmate at Station 3. After trying to discuss with the County reimbursement for the costs incurred, Crawford said the County is taking the position that it was a coincidence and that there is documented evidence that the County was liable. “I don’t think we have any real proof to convince the County to pay for it.” Ondr noted that he had a hard time agreeing to drop the issue when the County has charged Timberline $1,000 to use a County parking lot for training.

Smith reported that according to Timberline’s roster, the fire department only has 39 members. Smith said of those, 48% are trainees. “That’s a real concern for Timberline. Recruitment and retention somehow needs to be addressed as a priority,” Smith said. He also noted that there was some success recruiting new members at the Safety Days recently held at the Fairgrounds. Eight new members will be signing on, but Smith said that brings the trainee percentage to 58%.

Next Regular Board Meeting

END_OF_DOCUMENT_TOKEN_TO_BE_REPLACED

Where the dead get to tell their story By Jaclyn Schrock On Saturday, August 21, the Gilpin Historical Society held their annual Cemetery Crawl. Tickets allowed the shuttle of hundreds of guests from the Teller House parking lot to the Cemetery. Depending on v... END_OF_DOCUMENT_TOKEN_TO_BE_REPLACED