“The Rise” of CU Buffs football 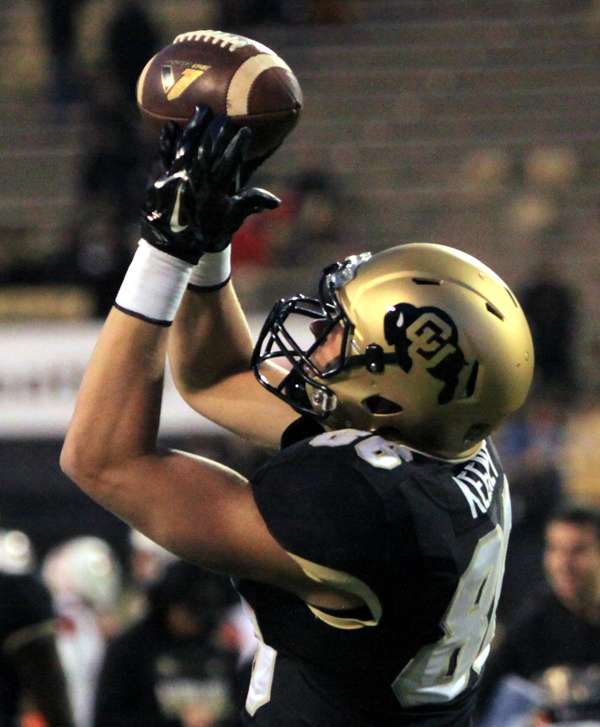 Colorado Buffaloes versus the Utah Utes

When the number nine ranked Colorado Buffaloes met the Utah Utes in Folsom Field November 26th, it presented a chance at redemption and return to respectability. Previous to 2016, since joining the Pac-12 in 2011, Colorado had managed only five wins against Pac-12 opponents. The Buffaloes hadn’t enjoyed a winning season in eleven years and stumbled to only four victories in 2015. Popularly referred to as “The Rise,” the Buffs had accomplished what was thought impossible at the start of the year: a 9-and-2 record (7-and-1 in conference play), an undefeated home record, and a shot at the Pac-12 South title on the last game of the season. If they prevailed, it would be one of the greatest turnarounds in NCAA Division I history and the best the Pac-12 had seen in seventy years.

Folsom Field was sold-out for the first time in over eight years with 52,301 long-suffering but faithful fans in attendance, eagerly anticipating the action and ready to support their beloved team. The number 22 ranked Utes came into the game after suffering a heartbreaking 30 – 28 loss to Oregon the week before and compiling a strong 8-3 record. If Utah could pull off an upset, they would win the Pac-12 South. Possessing 4.35 second speed in the 40-yard dash, running back Joe Williams was slated to carry the load for the Utes after amassing over 1,000 rushing yards over the past five games. The Buffs would have to dispense of a Top-25 team for the second week in a row to win the title.

Sporting their classic black and gold uniforms, Mike MacIntyre’s team charged onto the field like their mascot Ralphie the Buffalo to a rousing and deserved round of applause. Considering the magnitude of the contest and perhaps a bit nervous at the start, the Buffaloes lost the pigskin by fumbling at their own 40-yard line, but with the twelfth best defense in the country, held the Utes scoreless. Following a 3-and-out on the Buff’s next series of downs, the low punt was returned by Boobie Hobbs for a 55-yard Ute touchdown. Later, Utah missed a field goal and Colorado drove 73 yards, capped by a Sefo Luifau 2-yard TD run. In another Buff drive, and opportunity wasted in a close game, wide open tight end George Frazier dropped a pass at his knees in the end zone on a 3rd-and-goal play. CU added a pair of field goals to take a 13 – 7 halftime lead.

Two more field goals by the opposition tied the game until the last play of the 3rd quarter when Buffalo quarterback Sefo Luifau connected in the end zone with wide receiver Shay Fields on a fade route. Score: 20 – 13. It was Luifau’s 60th career touchdown pass, tying him with Cody Hawkins for the most in CU history. Team leader Sefo would finish the contest with 270 yards passing, 56 yards rushing, a passing touchdown, and a rushing touchdown. With 2,150 yards for the season, he also tied Kordell Stewart and Joe Klatt for most 2,000-yard years with three.

Utah’s Kyle Fulks opened the 4th quarter with a spectacular 94-yard kickoff return to the Buff’s 3-yard line, effectively silencing the crowd. The Colorado Buffaloes weren’t assured a mention in the history books just yet. Once again the defense held, driving the Utes backwards in three plays which resulted in only a field goal. Score: 20 – 16, advantage Buffaloes.

The senior-laden defense had forced turnovers all year long and was rated second best in the nation in that category against ranked teams. If they ever need another, it was then. With 10:56 remaining on the clock, linebacker Rich Gamboa stuffed Ute ball carrier Joe Williams three yards behind the line of scrimmage while stripping the football from his grasp. Fellow LB Kenneth Olugbode scooped it up and rambled 10 yards for a much-needed Colorado Buffalo defensive touchdown! In the end, it was the play that put them over the top to secure victory in a hard-fought contest. Final Score: Colorado 27 – Utah 22. QB Sefo Luifau cited one of the reasons for going from worst to first was that “No one left, no one transferred, no one quit. That we’re such a close team almost makes it that much sweeter.” Much to loyal supporters’ delight, four years of hard work and dogged determination by the coaches and players had paid off with a Pac-12 South title in one of the most improbable and amazing college football comeback seasons ever witnessed!

The CU Buffs will play the fourth ranked Washington Huskies, and Pac-12 North Champions, in Santa Clara, CA, December 2nd in the Conference Championship and a possible berth in the Rose Bowl.

END_OF_DOCUMENT_TOKEN_TO_BE_REPLACED

Benefitting the county, schools, and much more By Don Ireland   This year marks the 30th anniversary of casinos opening in the former little mining towns of Black Hawk, Central City and Cripple Creek, Colorado. In those early years, smoking was allowed inside ... END_OF_DOCUMENT_TOKEN_TO_BE_REPLACED