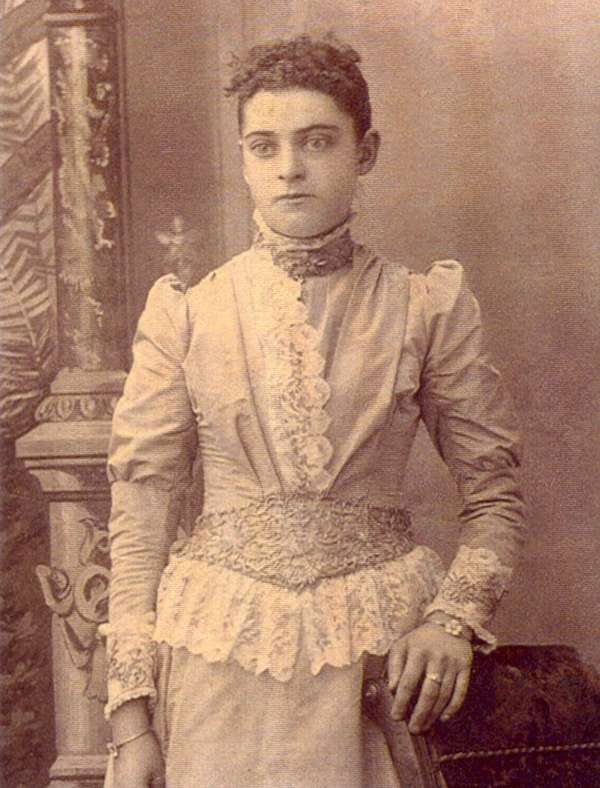 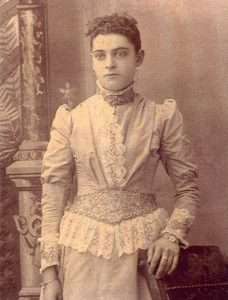 Edith James came to Nevadaville as a child. She eventually became the first woman city clerk and treasurer of Nevadaville. Her husband passed, while their children were relatively young.  Edith raised her children, as a single mother in Nevadaville. In this article, two of Edith’s children tell the story of growing up in Nevadaville, during the early 1900’s. A minimal amount of editing was used, to preserve her children’s voices. The main story tellers are Redvers and Cora. The story of Redvers was told in his own words to his daughter Elaine. Cora was interviewed by a member of the Cornish society. A special thanks goes to Bud Orr, who grew up in Idaho Springs and is from a fourth generation hard rock mining family, for sharing his family history. Redvers and Cora were Bud’s uncle and aunt. This is the first of a series of stories on the James family.

Redvers: “My name is Redvers James. Mama named me after an English General in the Boer War. I was born on July 26, 1899 in Nevadaville, Colorado, to Edith and Solomon James. My parents were of English background. My dad came over to this country from Cornwall, England with his father and brother. Mama’s parents Thomas Henry Richards and Rebecca Hicks came from Cornwall to Michigan where Mama was born in 1876. When she was three years old, the family came to Nevadaville. Mama had two brothers Henry and James and two sisters (Maude and Melissa).

Thomas Henry Richards (my grandfather) was a carpenter in the California Mine. My grandfather built the house where I was born in 1885. I was the second child and the first boy. Cora was my older sister. Edna, May Ted and Alma, were born after me. I also had a sister and brother who died, Bertha Elizabeth and Solomon Henry.

Redvers: “Dad was a miner in the California gold mine. He worked very hard. He became ill with miners’ consumption. Dad died on June 30, 1908, at the age of 39. That was a very bad day for all of us. That very same day, when dad died, my best friend Maxie Balsinger, myself, and another friend were riding in the cart that my donkey, Prince, was pulling. Maxie and I were riding on top of the barrel we used to haul water. My other friend was riding down below. He started jabbing Prince with a stick that had a nail in it. Prince jumped, knocking Maxie off the cart, and the cart rolled over him (Maxie) breaking his neck and he died. So you see it really was a bad day!”

Redvers: “After dad died, Mama (Edith) worked as a visiting nurse. She would travel to all of the neighboring communities helping the sick as well as helping with the births of many babies.”

Cora: “She helped deliver over 300 babies. That was over a period of years of course. But you know, they shell them out pretty fast.”

Cora: “Phillip Hicks (Mama’s Uncle) was the Gilpin County Treasurer and Mama was the Clerk and Treasurer of Nevadaville. You can see that our family was pretty active.”

Redvers: “Those of us kids that were old enough had to do what we could to help Mama support the family. I would take Prince and my cart and go to the spring at the upper end of town (Spring Gulch). I would fill a 30 gallon barrel with water and take it to town to sell (2 barrels for 25 cents). That was our water system. In the winter the pump would freeze up, so I would have to pull water up in a bucket. The water would spill on me and my pants, and would freeze immediately. It was kind of a hardship, but I had to do it. That’s the way we did. Some people had wells, but as the mines got bigger, the wells dried up.”

Cora: “My brother (Redvers) hauled water with a donkey cart. He had a half barrel on a two-wheel cart and then the donkey. He got two barrels for 25 cents and that’s the way people got their water. The spring wasn’t too far. When we wanted cold water in the summer for lemonade we took a 10 pound lard pail and went up to the spring. It was always cold. And in the winter somehow or other we managed to get an ice cream freezer. Even in the summer Redvers used to go down into that San Juan tunnel, (that’s part of the Glory Hole), and dig ice. Then we could make ice cream.”

Redvers: “There was a bell on top of the City Hall. Well, when there was a fire they would ring that bell. Everyone who had a donkey and cart would go up to the spring and get water. For every barrel of water a person would bring to the fire, they would get paid $1.00. We took old Prince and my cart and went past the cemetery to Pisgah Lake, Peck Flat and Grizzly Mountain to pick up wood for winter (usually after I had hauled water for the people in Nevadaville).”

Redvers: “Nevadaville had one school and two churches, Methodist and Episcopal. It was a pretty safe place to grow up. The Methodist Church was a very important part of our lives as well as the community. We always attended church on Sundays and sometimes during the week. We always said our grace at meal times.”

Cora “Our whole life revolved around that church. Christmas time they would have three big trees in front and everybody would take gifts for their families and all and put them around those trees. Then Christmas Eve they would have a Santa Claus, and treats for all the kids. The ushers were Santa’s helpers. They would deliver all the packages. And many a girl got her diamond ring on that night. They would have suppers. That’s where our life was.”

Redvers: “We provided our own entertainment. During the winter months, the snow was already pretty deep and the wind blew most of the time. We didn’t have many trees to break the wind either. We would take our sleds the top of the street and sled down to Central City. Then we caught a ride back home by hitching a ride on an ore wagon. In the summer we played “kick the can” and “run sheep run” in the evenings. There was a bell on top of City Hall and the bell would be rung every night at 8:00 p.m. for curfew. That meant that all the kids would have to be off the street, and they would go, too.”

We played baseball up on the flats. We had regular teams. We also hiked up Bald Mountain (back where the cemetery is), for fun. You could see everything from the top. Freney’s (sp?) Ranch was back in that same area. We always had our church picnics of school picnics over there. Sometimes we would help them by pitching hay or something.”

Cora: It looks like that ranch there would be the end, but it isn’t. You turn on that real sharp curve and go up. Bald Mountain Cemetery is about two miles west of that.

Redvers: “There was ballroom dancing at Cannon Hall every Saturday night. I never went there much. I wasn’t old enough. On the 4th of July, the men took sticks of dynamite up on the hill where the mines were, and set them off. Sure did make a lot of noise! I had a wagon and one time I went over the rock wall in front of our house. I didn’t hurt myself, but it sure did shake me up. So you can see, we always had lots to do.”

Redvers: “I went to the Nevadaville public school, where Mama was on the Board of Education. Of course, that was the only school in town. I went from first grade through eighth grade. My class graduation was held at Cannon Hall. There were six of us. The school was on top of the hill near the Methodist Church. Our class motto was “Well started—Let’s Go On.” Our class colors were “Pink and Blue” and our class flower was the “Red Carnation.” I remember that night well. I was proud to be graduating from 8th grade, but a little afraid because I told Mama that I would never go to work in the mines. So I didn’t know what I was going to do next.”

Cora: “The school had four rooms. There were three on one floor then you downstairs to another. When my mother was a little girl, they used them all. But when I went to school they only used three rooms and the other room was sort of a recreation room for programs and such as that. It was just a long building, one room wide and four long.” In 1893, the total attendance of the Nevadaville School was 176.

Cora: “My uncle (Thomas Henry) worked nights and he came home and he thought he’d get a barrel of water before he went to bed. So he went up to the spring and filled the full keg of water and brought it home. He parked it with the sheaves up on the horse. The next morning Alice, Elizabeth and Etta got up and their folks weren’t up. They went to the playhouse to play.”

Redvers: “Our community was not without tragedy. Thomas Henry (Dad’s brother) had three girls. Etta the youngest, was playing with a group of kids. There was a barrel of water in the yard. Someone tipped it over and caught Etta under it and killed her. Those were some really bad days for all of us.” 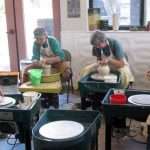 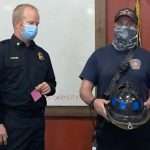