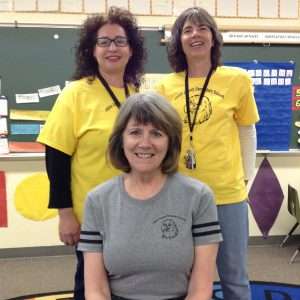 Colorful student artwork and national awards line the hallways inside the Gilpin County RE-1 School District complex. The proud, welcoming environment appears as though it has always been this way, but just ten years ago serious financial problems were threatening to send the local school district into the Colorado history books.   The Great Recession of 2007-2009 and state budget shortfalls led the legislature to withdraw a percentage of funding from every school district across Colorado and were especially devastating in Gilpin County. College preparation test scores in the Gilpin RE-1 School District were abysmal and parents were enrolling their children in other school districts. The possibility existed at the state level that the Gilpin County RE-1 School District would be forced into an involuntary merger with one of the larger nearby school districts in Boulder, Clear Creek, or Jefferson counties. An action this drastic would come as a hard blow and a devastating loss to Gilpin County which was established in 1860 as one of the original 17 counties in the Colorado Territory. Gilpin County has a proud and long history of supporting education through local control. As the second smallest county in the state, financial resources for the school district were limited, even with the development which had taken place in the cities of Black Hawk and Central City as a result of limited gaming being introduced in 1990. The Gilpin School District’s situation was indeed dire.

In 2008, a conversation took place between Gilpin County Commissioner Ron Slinger, City of Central Mayor Buddy Schmalz, and City of Black Hawk Mayor David Spellman. Both Slinger and Schmalz had children attending the Gilpin School and expressed their concerns to Spellman about the school’s financial condition. Slinger and Schmalz were looking for ways the County and two cities (Black Hawk and Central) might aid the local school district. Spellman agreed with their concerns and said he would add it to Black Hawk’s “arena of ideas.”

Not long after that, Mayor Spellman approached Black Hawk City Council members with an idea consistent with the community’s independent pioneering spirit, an idea that might yet save the local school. The idea was to increase the City’s sales tax by 1.5% and designate the funds for educational enhancement at the Gilpin County RE-1 School. City Council liked the idea and gave approval to work on an intergovernmental agreement with the School District. Current School Board President Craig Holmes, who was a school board member at the time, quickly saw the benefit and helped marshal the agreement through the district. The intergovernmental agreement was executed in August of 2008. All that was left to do was seek voter approval from Black Hawk citizens, which was overwhelmingly approved in November of 2008. The approved Educational Enhancement Tax program made it possible for Gilpinites to maintain local control over their beloved Gilpin County School.

The influx of funds, $481,000 in the first year and increasing to $979,000 in 2018, not only pulled the school district out of a tremendous financial hole, but over time has built the district into one of the premier school districts in the state.

Since its inception in 2009, over $8 million from the Educational Enhancement Tax program has poured into the school district, and the children have reaped the benefits. Every child is learning about technology on Chromebooks which are provided by the school. The funding also allows classroom sizes to remain at an average of 17 students. Some teachers have been working in these classrooms for more than 30 years.

“One of the things we do very well is differentiation in the classroom. Teachers look at the needs of students who are struggling and at the needs of those gifted and talented students, and meet the needs of both,” said Holmes. “You can only do that with a small student-to-teacher ratio.”

At the same time, administrative costs are being kept low. Superintendent Dr. David MacKenzie and a business manager are the only two staff members in the central office, while two principals manage staffing for the 500 students. The school also boasts of full-time art and music teachers.

The elementary school is a multi-year recipient of the Colorado John Irwin School of Excellence award recognizing schools that demonstrate exceptional academic achievement over time.

“We are all about what takes place in the classroom every day between the students and the teachers,” a smiling Dr. MacKenzie said. “That is where our focus is, and that is where we put our money.”

Prior to the Educational Enhancement Tax program, if a student wanted to play a sport, they had to play at another school. “Our baseball, wrestling, and track athletes went to Clear Creek and competed under another school’s colors. Frankly, that got to me,” said Holmes. Now the district fields all types of sports teams starting in middle school. A new football stadium with a track was recently built so the track team has a place to practice, and the district can host track meets.

Today, college preparedness test results have climbed above state average. Holmes beams when noting that every year for the past several years, at least one graduate has been accepted to the prestigious Colorado School of Mines, doubling this year to two students. All graduates who go on to attend college or an occupational or trade school are given a $6,000 scholarship ($1,500 per year for four years) to help with expenses through the Black Hawk Scholarship Program established by Black Hawk elected officials in 1994.

The Gilpin School complex sits on Highway 119, just up the road from Black Hawk. Funds from the Educational Enhancement Tax program have been used for infrastructure improvements, including safety measures like installing reinforced glass and new steel doors.

There is a Gilpin County Sheriff Resource officer on the grounds during school hours. During emergencies like the recent threat on Columbine High School during the 20th anniversary week of the deadly shootings at that school, additional Sheriff’s officers were on-site at Gilpin RE-1 the beginning and end of the school day.

“We have really been very fortunate with the Educational Enhancement Tax program when it comes to improving our school safety and security for our students and our staff,” stated Dr. MacKenzie, “we were able to contract with the Gilpin County Sheriff’s Department and pay half of the salary to have a school resource officer, a Gilpin County Sheriff’s deputy, here at school every day when students are present. That has been a great enhancement the tax has provided as research indicates it is about 80-90 percent effective in deterring any kind of school violence to have a law enforcement official here at the school when kids are here as well.”

With all that has been accomplished, Gilpin County RE-1 has experienced a rebirth. The word is out, and open enrollment has grown the student body. More than 20 percent of current students live outside the district. Superintendent MacKenzie smiles widely at this, “We welcome more students and would be proud to have them come and join us.”

In closing, School Board President Holmes emphasized in an authoritative voice and with a stern look, “The intergovernmental agreement between the School District and the City of Black Hawk is a model for how governmental entities can work together for the betterment of all their constituents, and we look forward to this relationship and agreement continuing well into the future.”

END_OF_DOCUMENT_TOKEN_TO_BE_REPLACED

Benefitting the county, schools, and much more By Don Ireland   This year marks the 30th anniversary of casinos opening in the former little mining towns of Black Hawk, Central City and Cripple Creek, Colorado. In those early years, smoking was allowed inside ... END_OF_DOCUMENT_TOKEN_TO_BE_REPLACED